As Autumn is now in full swing, I thought I’d do a short series on some of the plants that I think really shine at this time of the year. First up, Acer palmatum ‘Sango-kaku’, and it most certainly shines! 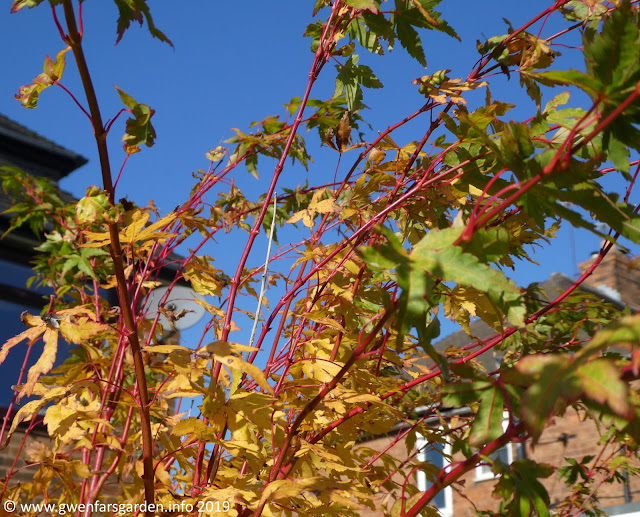 And I’m very pleased with how under-planting it with Heuchera ‘Paris’ has worked. 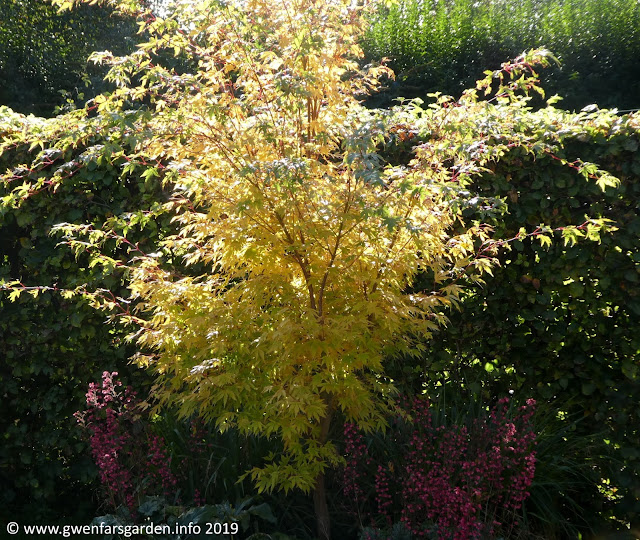 The leaves are now changing from a softer orange-yellow, to rich and buttery. 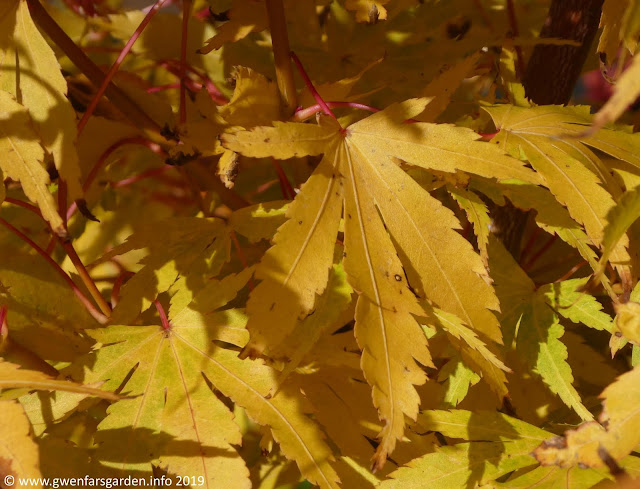 It glows in the autumn light. 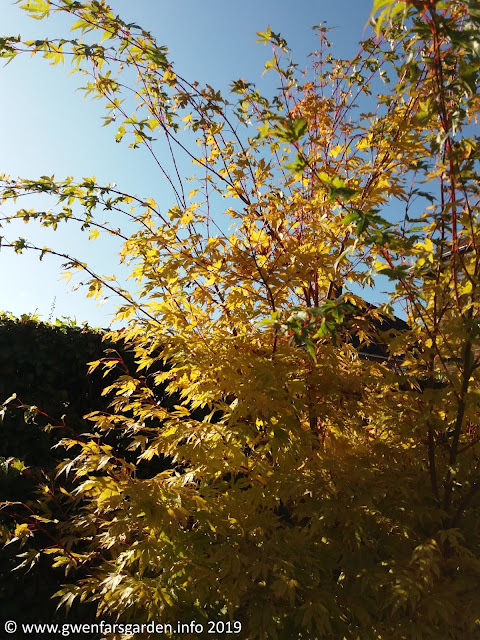 It’s a slow growing tree. This one is about 10 years old and has been moved twice. It’s really taken off in this garden, so I think I’ve found it’s happy place.