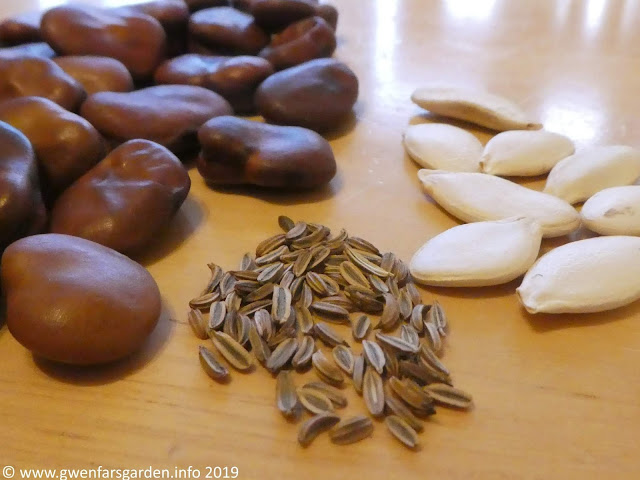 This is an update of a 2015 post. I’ve done some new searching for seed viability info and have found two more. So I’ve added those, tidied up the post, and fixed some broken links.

It’s the time of year (in the Northern hemisphere) when everyone starts going through the shiny seed catalogues and then get tempted by all the new varieties. Before you do that, it’s worth checking whether the seeds you already have are still viable, that is, that they are alive and still able to germinate.

I’ve cross-checked my previous Seed Viability spreadsheet with any new ones I could find, and have now added Grow your Heirlooms and Fedco Seeds (both from the US) to the list. As you can see, it’s not an exact science! It’s also important to note that even with the viability ranges listed, seeds can often either fall short of expected viability, or be viable for a much longer period. Much can depend on how they are stored. John Harrison offered some useful advice:

As you probably know, viability is very subject to storage conditions. Consistent, cool and dry being the best. Don’t fall for the ‘frozen keep forever’ – the seed banks like the huge one in Norway (Svalbard) prepare the seeds very carefully before they go to the minus 20 store deep underground – ready to replenish the earth after the asteroid hits or whatever. Just freezing will kill off most seeds as the water in them forms ice crystals that rupture the cell membranes.
Incidentally I’ve sown courgette seeds 7 years past the date on the unopened packet and got 100% germination! Obviously the old car’s glovebox was the perfect place…

So view the figures as a guideline. And if you have the time and energy, don’t be afraid to experiment with ‘out of date’ seeds.

John Harrison, 5th January 2015 http://www.allotment-garden.org/seed-saving/seed-storage-life.php and email correspondence 8th January 2015. There are some differences in the viability periods in the
John Harrison listings.
The 2012 dates were based on L D Hills, whereas his 2014 listing was
updated in light of comments from a few expert growers.

2 thoughts on “Seed viability: will my packet of old seeds still germinate?”