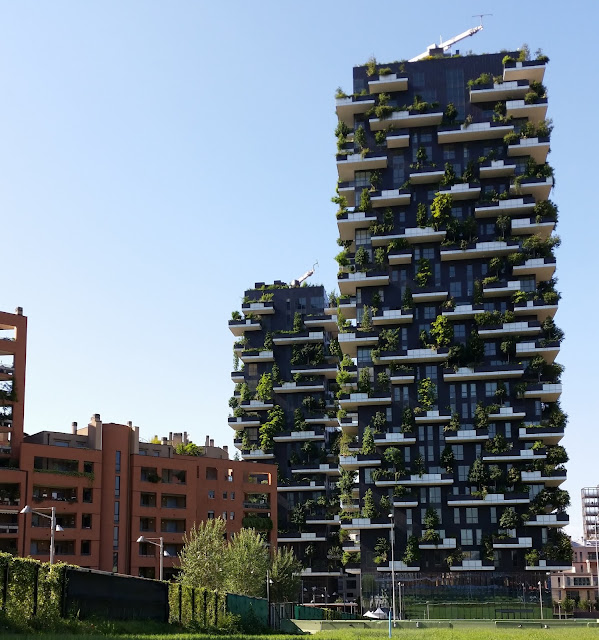 This has been cross-posted from my Plume Solarpunk blog.

If you are new to solarpunk as I am, it might help to have some
descriptions of what solarpunk means. So here are a few that I have
found helpful, with a link to the full articles where I found them.

These aren’t dictionary-style definitions. I rather like that
solarpunk is still fluid in the descriptions that people have used. Some
have a more environmental or artistic focus, others come from anarchist
thinking and some combine all three. All describe a more hopeful
future, something I find both exciting and comforting.

Descriptions of Solarpunk
*Solarpunk is a literary movement, a hashtag, a flag, and a statement of
intent about the future we hope to create. It is an imagining wherein
all humans live in balance with our finite environment, where local
communities thrive, diversity is embraced, and the world is a beautiful
green utopia.
Source: Solarpunk wants to save the world

*Solarpunks cherish nature, progress and science; the individual and
the community. They believe in a world that is green, colourful, and
bright. It can be described as a literary genre, an aesthetic, or a
movement. The key points are: an emphasis on renewable energy,
especially solar power; a demand for technology and society to re-centre
around sustainability, longevity, and balance; a focus on
decentralisation, community activism, social justice and civic
empowerment; a recognition that economic, social, and ecological
injustices are all deeply inter-connected. Source: Sunbeam City’s wiki

*Solarpunk is about finding ways to make life more wonderful for us
right now, and more importantly for the generations that follow us –
i.e., extending human life at the species level, rather than
individually. Our future must involve repurposing and creating new
things from what we already have (instead of 20th century “destroy it
all and build something completely different” modernism). Source: Solarpunk: Notes toward a manifesto

*Solarpunk is a reaction to climate change, inequality, and our
cultural obsession with dystopian futures. We want a world where people
thrive through energy independence, local resilience, and sound
infrastructure…The vision is not about back-to-the-earth survivalism,
because solarpunks embrace the responsible use of new technologies like
synthetic biology and sensor networks. And it’s not utopian, because the
solarpunk future is one that is both high-tech and gritty, and — more
importantly — one that we can actually achieve.
Source: What is Solarpunk?

*Solarpunks believe that a better world is possible and we can build
it in the shell of the old using direct action and mutual aid. We
believe in producing for people, not profits in decentralized
cooperative workplaces and replacing oppressive power structures with
community-level direct democracy.
Source: Toot on Mastodon by socalledunitedstates

*Solarpunk is a rebellion against the structural pessimism in our
late visions of how the future will be. Not to say it replaces pessimism
with Pollyanna-ish optimism, but with a cautious hopefulness and a
daring to tease out the positive potentials in bad situations. Hope that
perhaps the grounds of an apocalypse (revelation) might also contain
the seeds of something better; something more ecological, liberatory,
egalitarian, and vibrant than what came before, if we work hard at
cultivating those seeds.
Source: What is Solarpunk?

*Solarpunk aims to transform science fiction into science action. An
emerging aesthetic sensibility undergirds and drives this impulse. As a
genre style, Solarpunk’s visual representation is distinctly
architectural and infrastructural: while many bloggers emphasize the
importance of the “local,” it is necessarily global in concept.
Awareness of planetary-scale environmental destruction is precisely
where it derives a sense of urgency. In the face of perceived crisis,
Solarpunk demands constructive, instructive fictions. Fictions that are
not shy about their intended feasibility. Source: Is Ornamenting Solar Panels a Crime?

*We’re solarpunks because the only other options are denial or despair.
Source: Solarpunk: Notes toward a manifesto

Additions 7th May 2019 (thanks to Emma Cooper for these)
*You may ask what exactly is meant to be “punk” about what a cynic might
see as the lovechild of hippies and futurists. After all, isn’t punk
meant to denote anger and rage at the “the system”, as well as black
leather and spikey hair? Punk is more of an ethos than a specific set of
signifiers, implying rebellion against, and negation of, the dominant
paradigm and everything repressive about it. So in that sense, in a
world being torn apart by a planetary system based on avarice and
power-lust and ecocide, solarpunk might be the most “punk” movement of
all. Source: What is Solarpunk?

*What differentiates a solarpunk from an ecosexual, or an ecofeminist technopagan, or an eco-afrofuturist or even a permaculturist? Or, indeed, other colourfully clad, politically oriented utopian movements? Similarities abound, but the focus on the cultural change that will necessarily accompany the full transition to renewable energy is the defining feature of solarpunk. Source: Explainer: ‘solarpunk’, or how to be an optimistic radical

*The solarpunk environmental movement is for anyone who’s digitally inclined but unafraid of dirt. Think post-apocalyptic hacker aesthetics, but with a sunnier disposition. Source: What You Can Learn From the Solarpunk Movement

* * * * *
I don’t see this as a static blogpost. If you come across any other
descriptions of solarpunk you feel should be included, please let me
know in the comments and I’ll add it to the list!

2 thoughts on “Describing solarpunk: for those new to solarpunk, or looking for ways to describe it”