Skip to content
I have previously written about the winter garden at Anglesey Abbey, in February 2012 and March 2011. Kevin’s mum lives in Cambridge so yearly visits can usually be made. We only missed 2013 as we were busy preparing to move to Sheffield.
This is the earliest in the year (1st day of the year!) we have ever visited the garden so we weren’t expecting masses of snowdrops and other spring flowering plants. The wonderful thing about Anglesey Abbey’s winter garden is that it has plenty of shrubs and trees to also delight. Here is what we found on the first day of 2014. 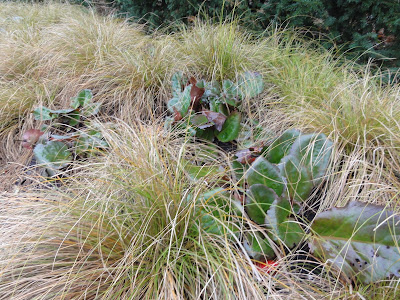 Carex testacea with Bergenia. I’m not sure my photo does it justice,
but planted together these looked much better than you might imagine. 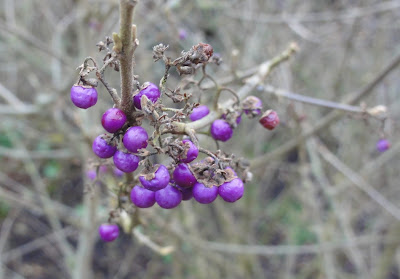 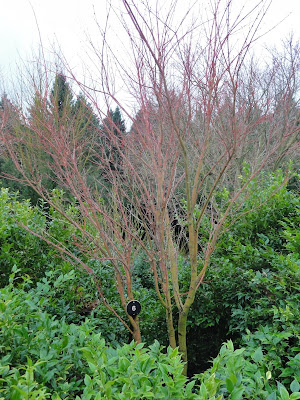 Acer Palmatum ‘Sango-Kaku’: nice to see the size the one I just planted will get to! 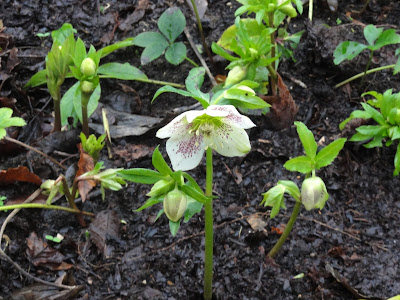 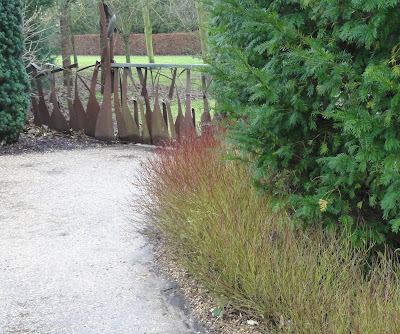 I rather took to this dwarf cornus: Cornus stolonifera ‘Kelseyi’. And what a splendid gate. 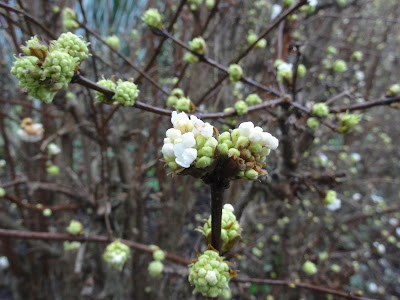 Just starting to bloom: Viburnum farreri ‘Candissimum’, and a hint of it’s fragrance, 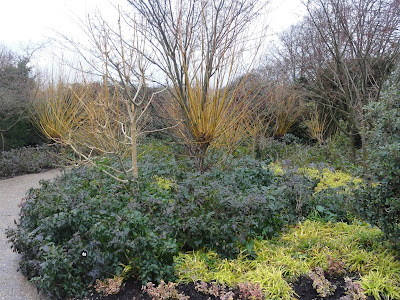 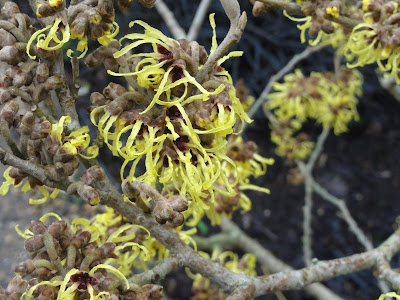 The Hamamelis just coming into bloom. 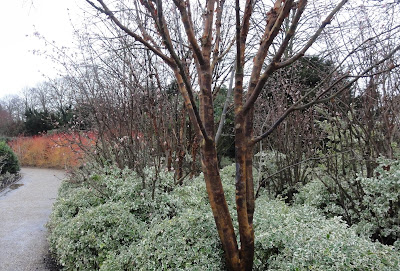 One of my favourite trees, Acer Griseum. 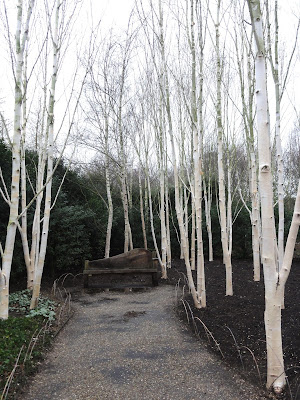 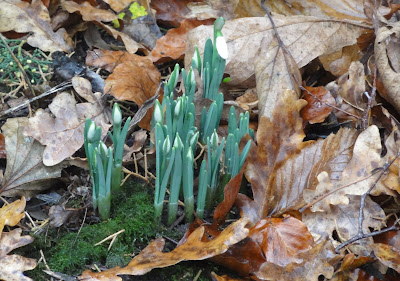 Yes! First snowdrops. The best time to see the snowdrops will be throughout February. 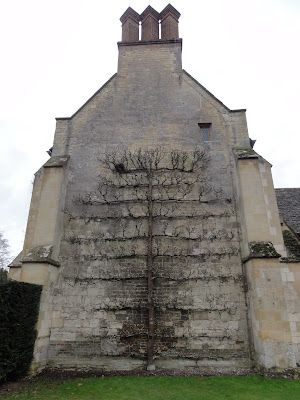 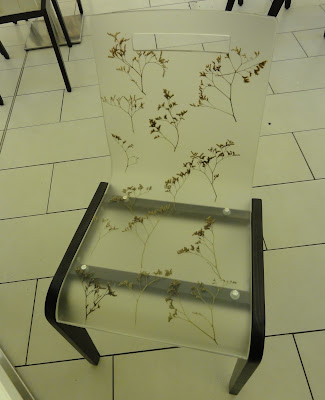