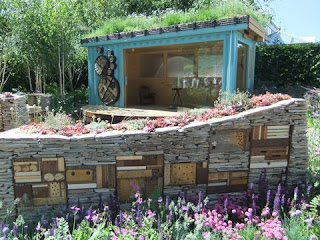 Yes, yet another blog about Chelsea. Yes, there are millions out there by now. And no, my blog won’t say anything remarkable or different to anyone else. It’s just my record of my visit to Chelsea 2011.

I don’t go to Chelsea Flower Show every year. It’s too expensive and I like to get visit other flower shows. And part of me thinks (um, ok, knows) that Chelsea is pretty unethical; I mean, all that waste of resources; it couldn’t be less Permaculture if it tried. But somehow I’m attracted by the pretty plants and all the pizzazz and I get caught up in the excitment of the plants and show gardens. So I went, dragging poor Kevin along as I need someone to carry all the crap I pick up about gardens and plants. 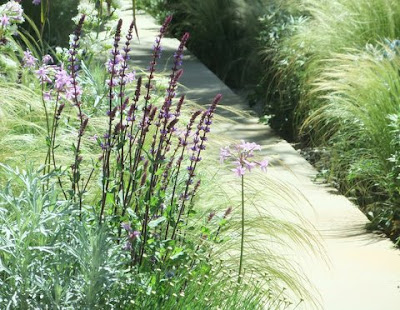 So, what stood out? The two things that hit me was a) Salvia nemorosa Caradona (above, the spikey purple one) was everywhere, and b) bug hotels were very ‘in’. 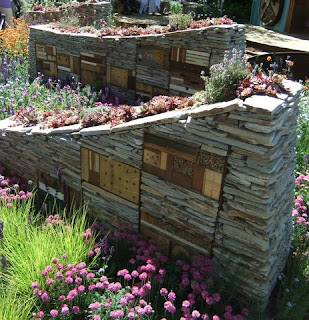 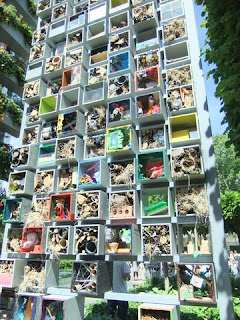 It’s always amusing to see things that have been running around in the permaculture, green, organic gardening scene for years suddenly become a Chelsea hit. Um, der – we were there years ago…  *smug*

But overall, what did I think of the show gardens. Well, there were a few surprises for me this time. Having seen the Cleve West garden (sponsored by bloody Torygraph) on tv and heard all the raves, I think it went over the top as though I liked the garden, I didn’t love it as I expected to. 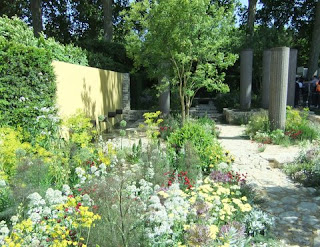 I loved much of the planting, and some of the viewing perspectives, but altogether it didn’t quite work. I don’t know why. I usually love Cleve West’s designs. Not that it wasn’t good, but for me, it just wasn’t great. 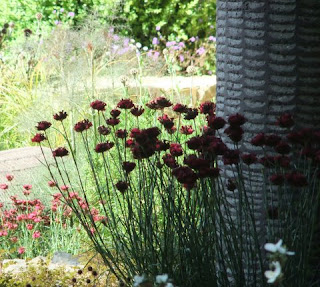 Torygraph garden, perspective
On the other hand, I went along not expecting to like M&G Garden by Bunny Guinness because I’m not that keen on Ms Guinness. I find her comments on GQT rather snobbish at times, like everyone has thousands of pounds to spend on their gardens, and she made a very derogative comment about Guerilla Gardening once, she suggested it was like vandalism – rather missing the point! But prejudices aside, I really liked her potager design. 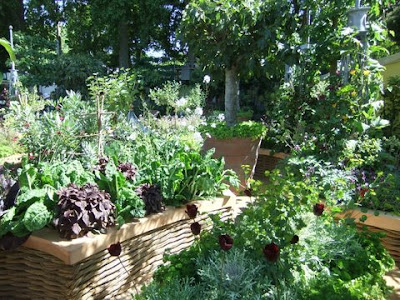 However, my favourite garden was Nigel Dunnett’s New Wild Garden, a picture of which appears at the top of this blog as well as here. For me it brought nature’s and human’s needs together beautifully, with effusive planting to top it off. 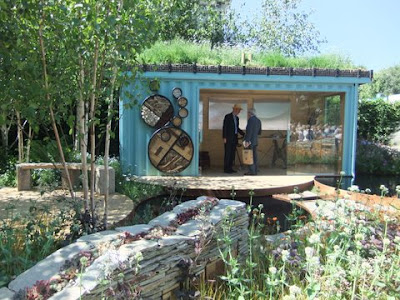 The building is an old shipping container, modified so it could be used as an studio/office in a garden, with green roof added. There is a place to sit in the garden, a place to capture water, and a place for nature to do it’s thing. Bug hotels, plants for bees, plants to enjoy, a sustainable design. 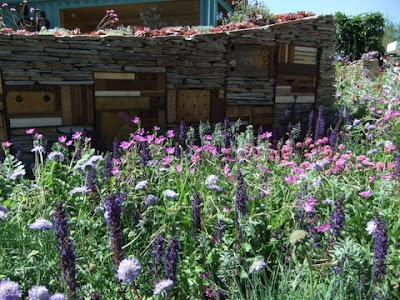 Such lovely planting, and great for polinators too. 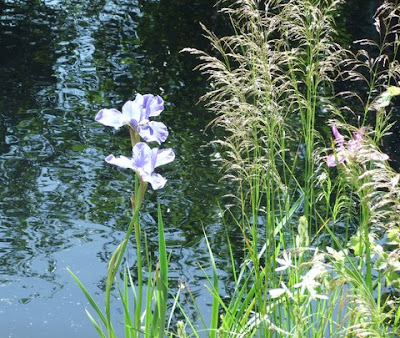 It got a Silver-Gilt award by RHS standards. It gets a Gold-Star-Plus by mine.

For the smaller gardens, I really loved the artisan gardens over the urban gardens, and my favouite small garden was Jihae Hwang’s Hae-woo-so Korean garden. Hae-woo-so is the traditional Korean word for toilet and means ’emptying one’s mind’. I love the play on words too! 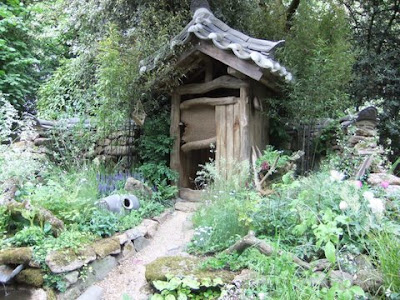 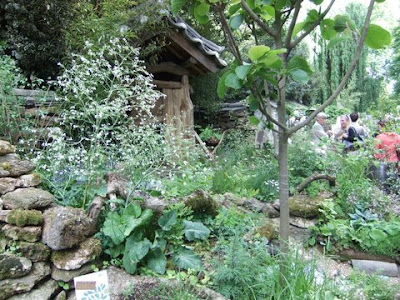 Other gardens I enjoyed were… 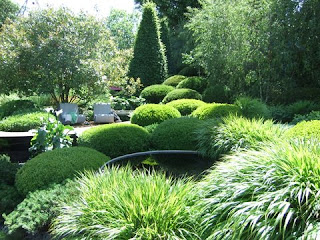 Irish Sky Garden
Diarmuid Gavin’s Irish Sky garden, minus the silly Wonkavator that went up and down… 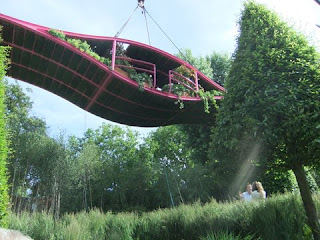 Gavin is apparently the ‘bad boy of Chelsea’ because he always does something ‘unconventional’. Seems more like boys and their toys and egos, if you ask me. But taking away the ‘wonkavator’ as it has apparently been called, the garden was a cool relaxing space and you could imagine it really bing somone’s garden. Not mine, too controlled, but I appreciated it all the same.

I also liked the RNIB garden. Lovely planting, and felt like a welcoming space to sit down and chat with friends. 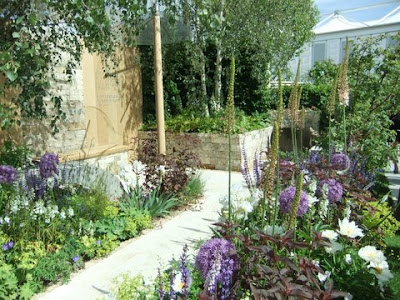 My ‘celebrity’ spotting for the day was Carol Klein, being interviewed probably for that evenings tv in the B&Q garden. I love Carol’s enthusiasm for growing and got my cheap thrills (as we say in Oz) seeing someone I admire. 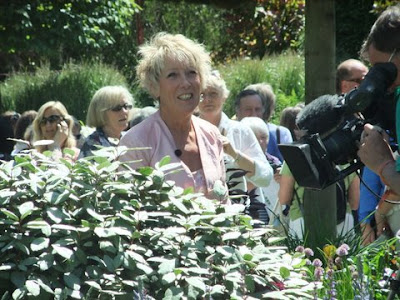 So that was my Chelsea. Actually, that’s just half, there is still the Great Pavillion to come!