The show gardens and the designers get a lot of attention at Chelsea, but of course they would be nothing without the plants. I always enjoy visiting the Great Pavillion, where nurseries display their plants in some very creative ways. I also have a tendancy to salivate and there is lots of I want, I want’s… 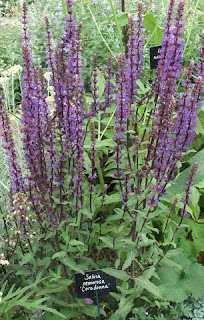 There was Anchusa ‘Loddon Royalist’, which yes, has been around for ages, seeing it again reminded me how pretty it was, so another ‘must have’. 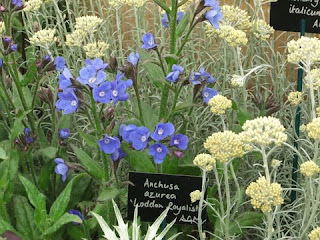 There is a new Astrantia to go on my list, ‘Burgundy Manor’ from Hardy’s, which I will get when it becomes available. 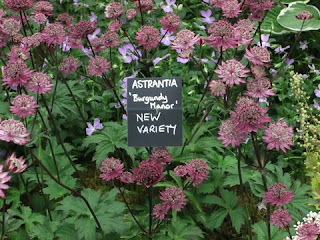 A plant clearly named after me… 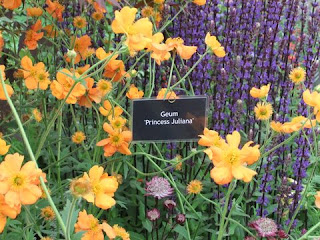 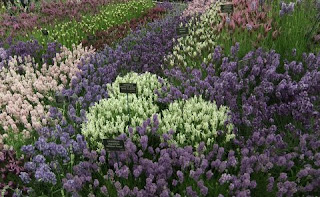 Actually, I picked up some seed from them for the Spanish Lavender, pedunculata, which I look forward to growing. 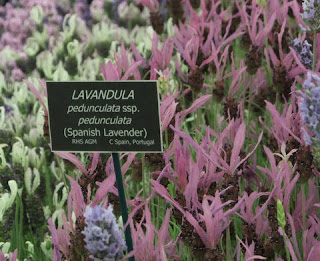 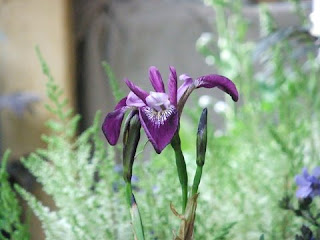 Iris laevigata (from the Literary Garden)
Besides all the wants, I also generally enjoyed some of the displays. Here is an excellent one from the Heucheraholics… 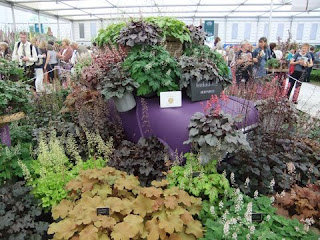 How many Heuchera’s can one have? Lots!
And vegetables get a look in too… 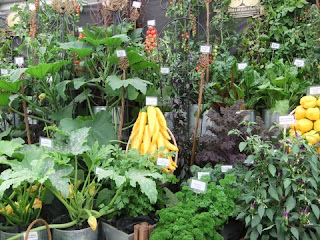 W. Robinson vegetable stand. Such fun!
Then there was the totally LOOK AT ME displays, such as this one from Thailand… 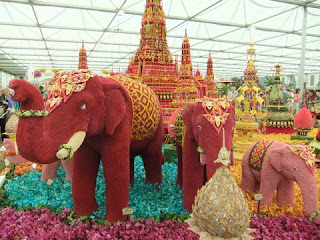 So Chelsea 2011 gave me lots of enjoyment and many ideas to add to my [plant] pot.