Skip to content
Thanks to my gardener Andrea, who spent a day starting to tidy up the garden, I now have my first border in the new garden. I’m rather excited. This was the border back in April. Well, not really a border. A mess of plants, grass and weeds. 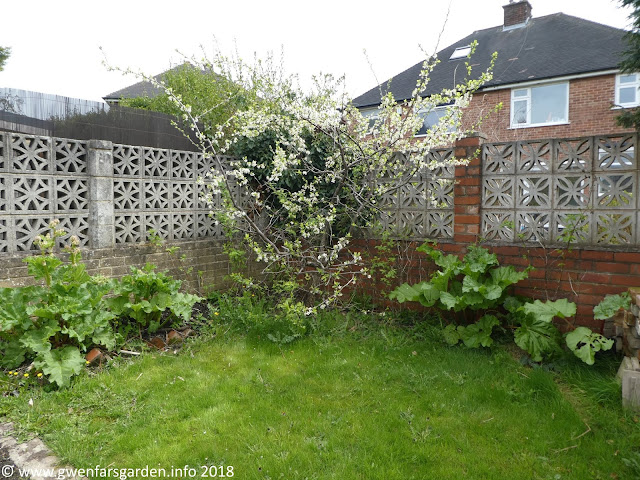 The border that wasn’t a border anymore, in April.

Andrea did a major weed out, discovered some border edging stones buried under all the mess, dug them out and put the edging stones back in. I got her to remove quite a bit of the rhubarb as I didn’t need two patches. She also tidied up the raspberry canes, removing the dead ones. And she trimmed the ivy on the back corner. I don’t want to remove it, it’s good for the birds, I just didn’t want it taking over. 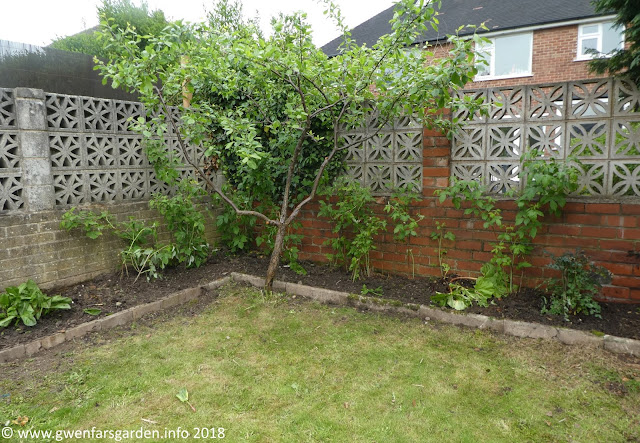 The border in May, after all Andrea’s hard work. Plus I pruned the plum tree.
I then had the first plants added. On the left you can see my first of two sorrel patches, and on the right is Thalictrum ‘Anne’, which was getting burnt in the pot in the hot sun. It’s now in part shade, which I hope it will like more.
The name of this border, is rather originally, the Raspberry Border. It’s hard coming up with names for borders.
The plum tree is on the outside of the border. Despite my pruning, it’s heaving with fruit.
I’m going to add in some herbs and lower growing ornamental hardy perennials adjacent to the raspberry canes. And on each side of the sorrel patch will be some pink Japanese Anemones, to add height. It will be so nice to get some of my plants out of their pots and into the ground; they have been waiting 18 months. Then I’ll sit back and wait for the raspberries to fruit and see what they taste like.
My first border in the new garden. How exciting!