At the beginning of last July, 2013 that is, I mentioned that I was going to experiment with trying to grow an Alpine Wall. After recently purchasing some more alpines for my wall and having planted them out, I realised that I haven’t given an update on how the wall was going. I thought it was worth doing so, not the least because it’s been a bit of a success!

Calling it an Alpine Wall may make it sound grander than it is, however, it is alpines and they are growing in a wall. Or, the remainders of a wall, viz: 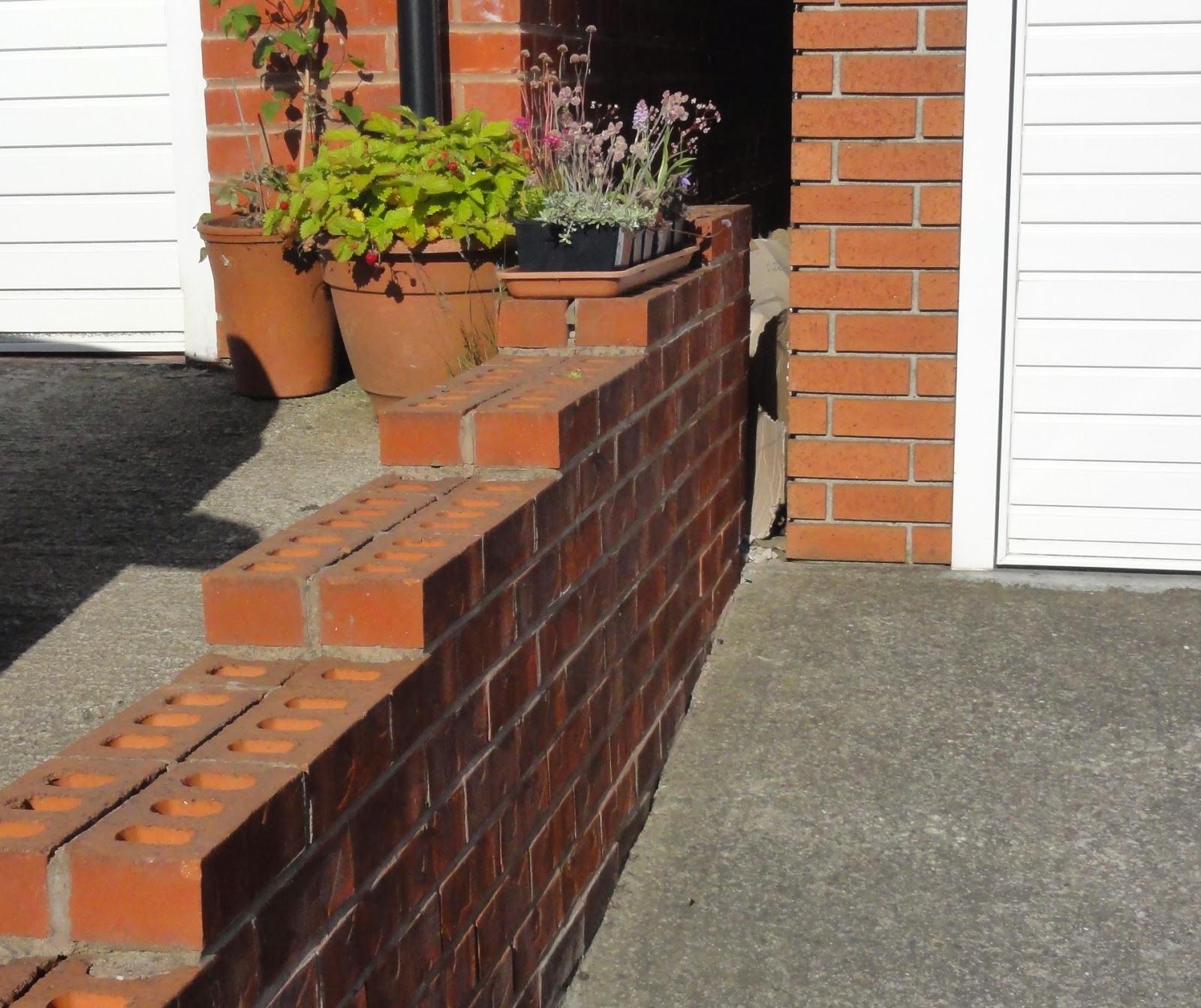 This wall separates our driveway from our neighbours Yvonne and Gary. Getting rid of it or trying to fix it would be costly, and frankly we have other work around the house and garden that is more important to spend money on. And to be honest, I very quickly went from ‘well this isn’t very attractive’ to ‘hey, this is an opportunity…’

For years I have loved alpines, but hadn’t got around to doing anything about it. So as I mentioned, last year I thought I’d make the most of a bad wall and plant some alpines and see what happens.

So how has it gone?

Well, it all has gone rather well actually. 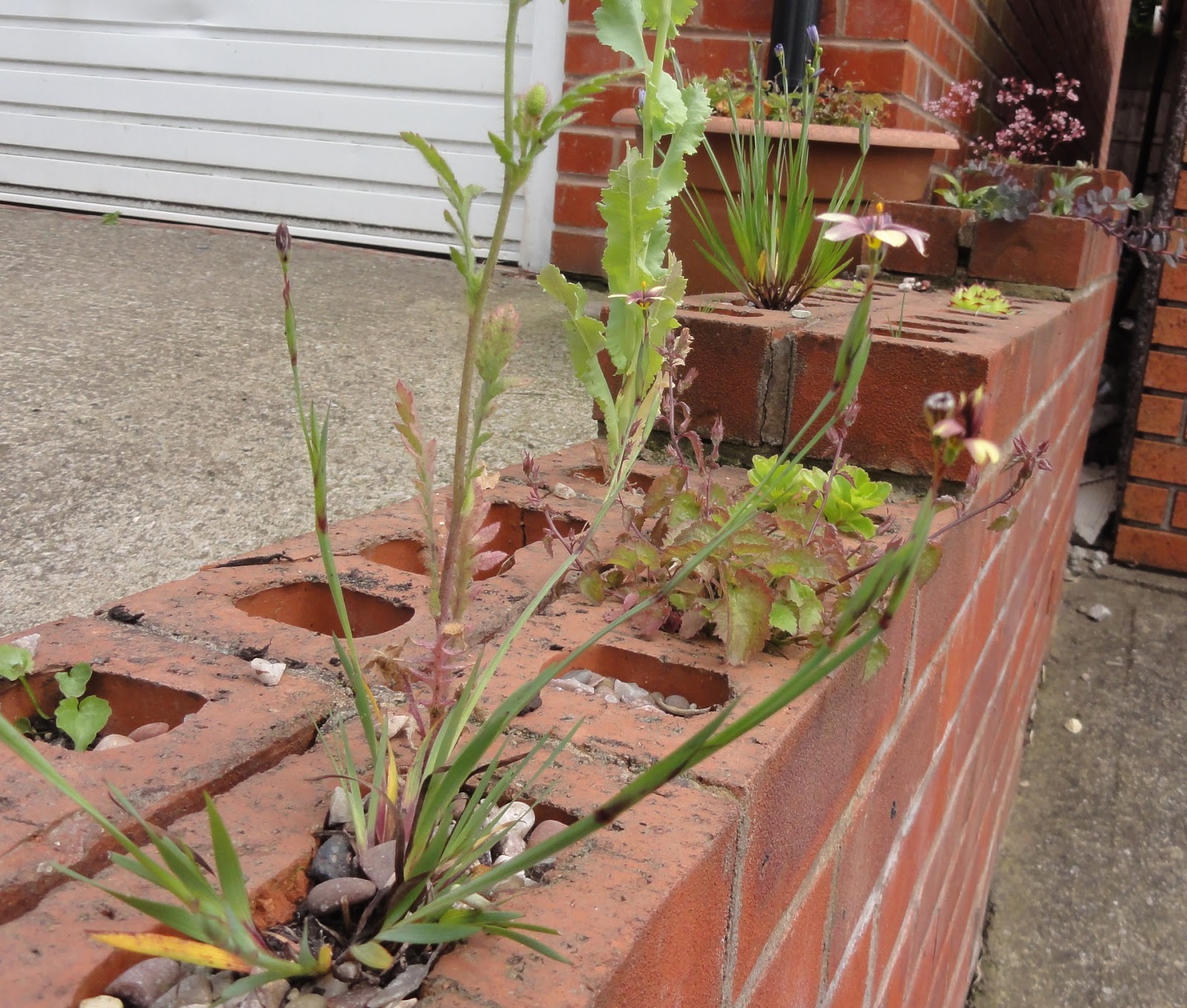 Firstly, everything that I planted, survived. I wasn’t sure if they would as there is very little depth in the holes (c. 3cms) and well, I know they are alpines, but still… And I had poppies self-seed from goodness knows where. Furthermore, I’ve since been told by an alpine nursery grower that Dactylorhiza fuchsii shouldn’t be able to grow in this situation, but well, as you can see, a year on… 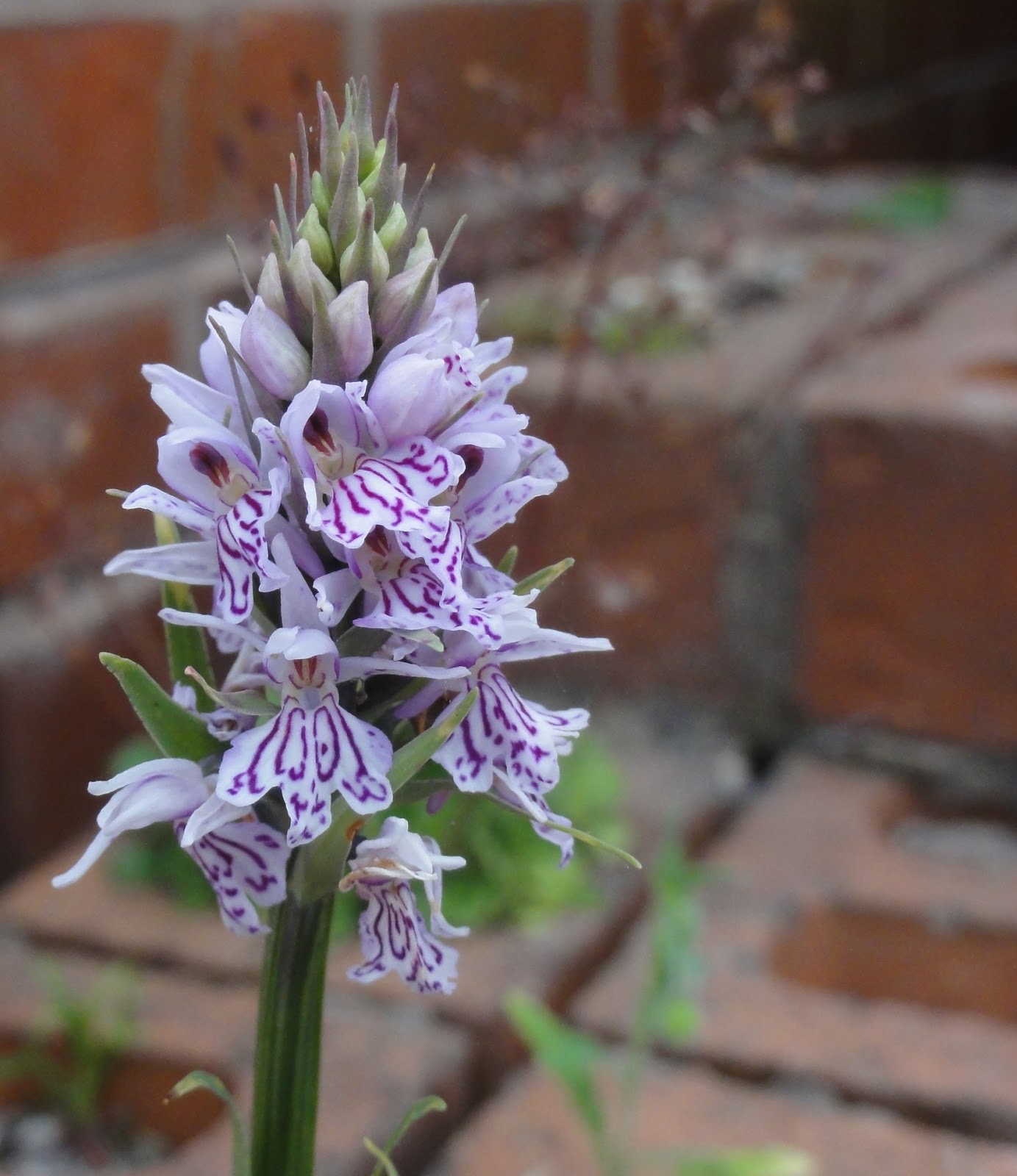 Less surprising, in that they were alpines which were more likely to survive in such conditions, but no less exciting, was: 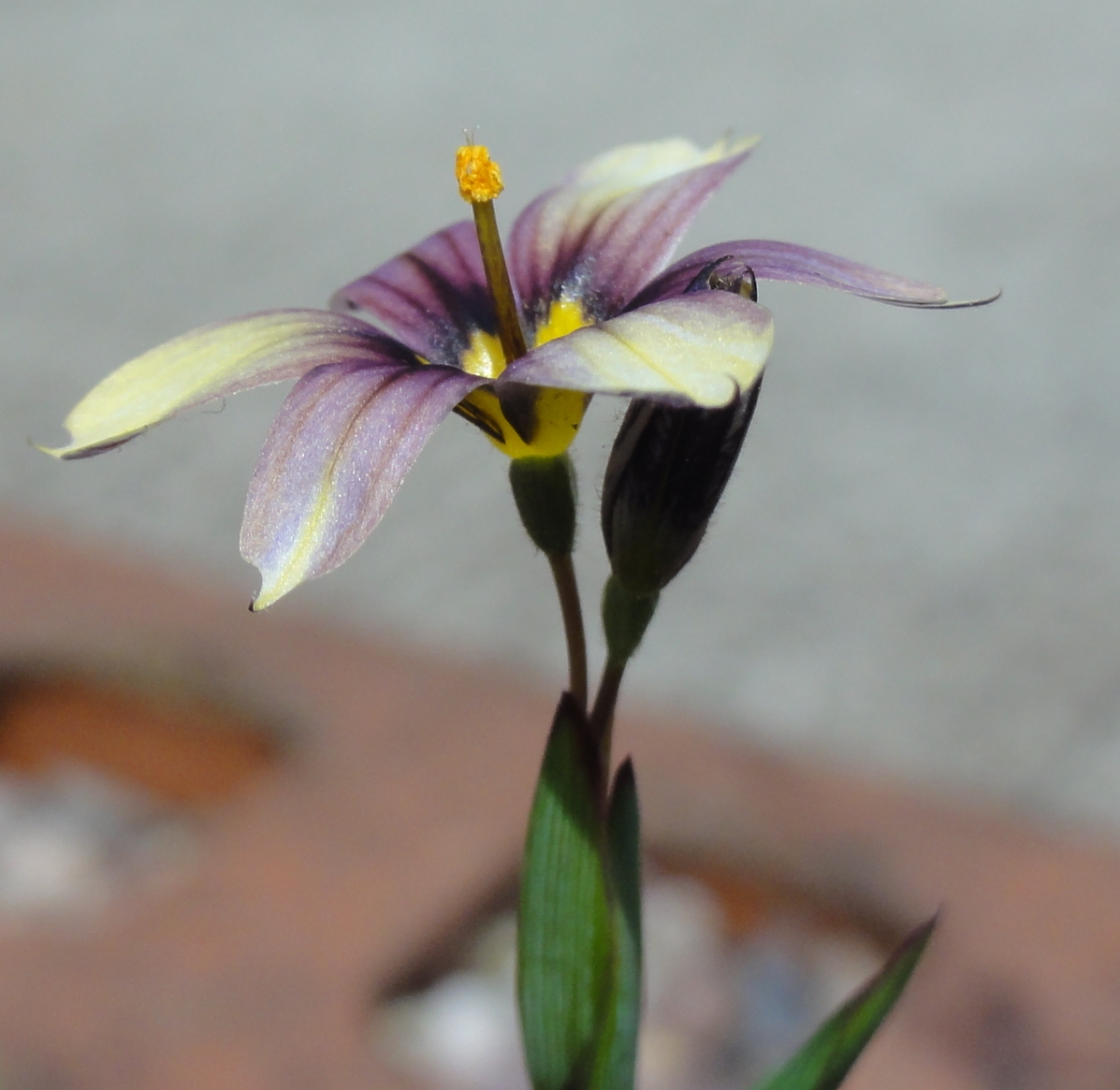 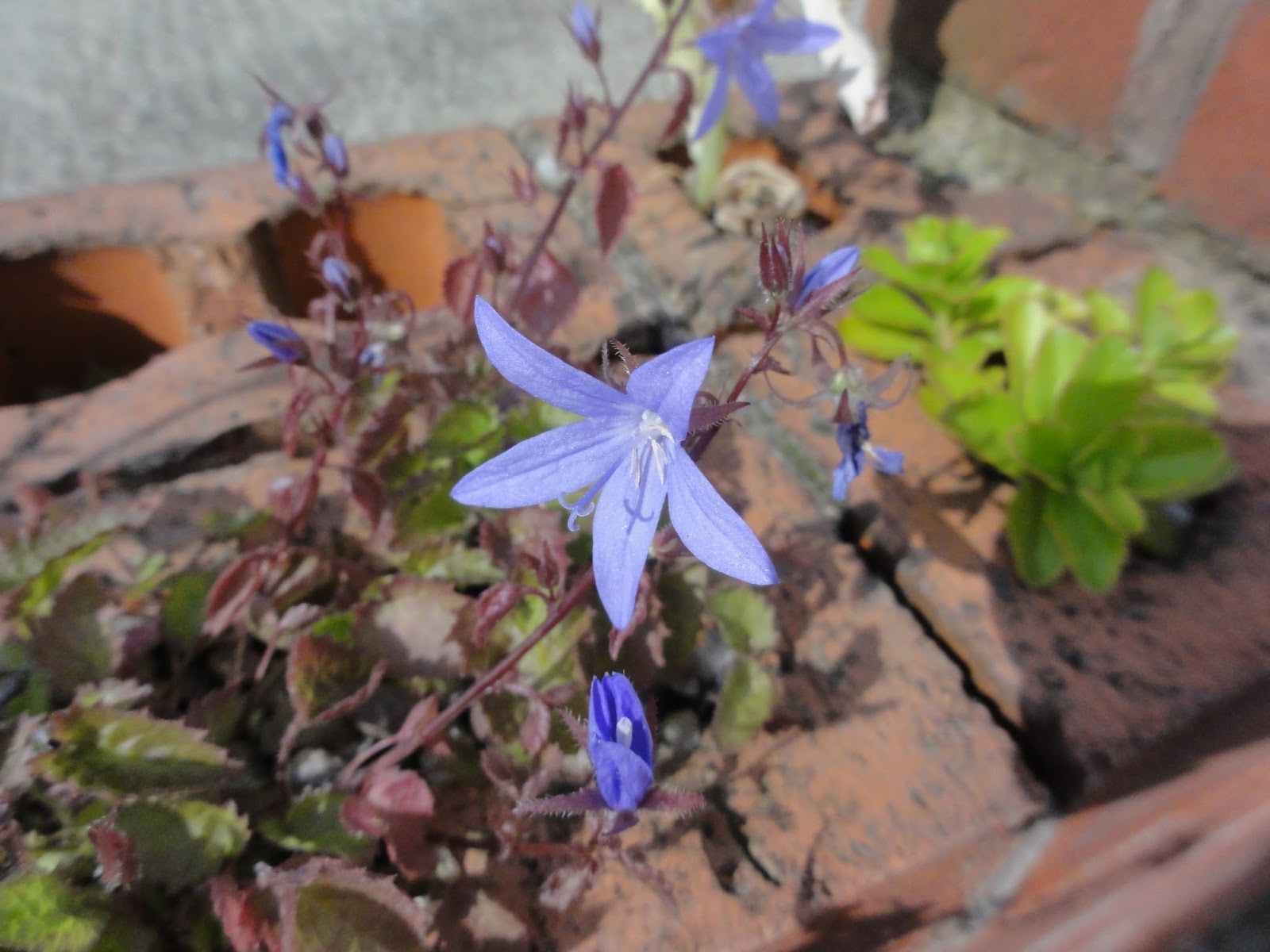 These were all flowering in June this year, and it rather encouraged me to keep going with the experiment. So voilà, another 15 or so alpines have been added. 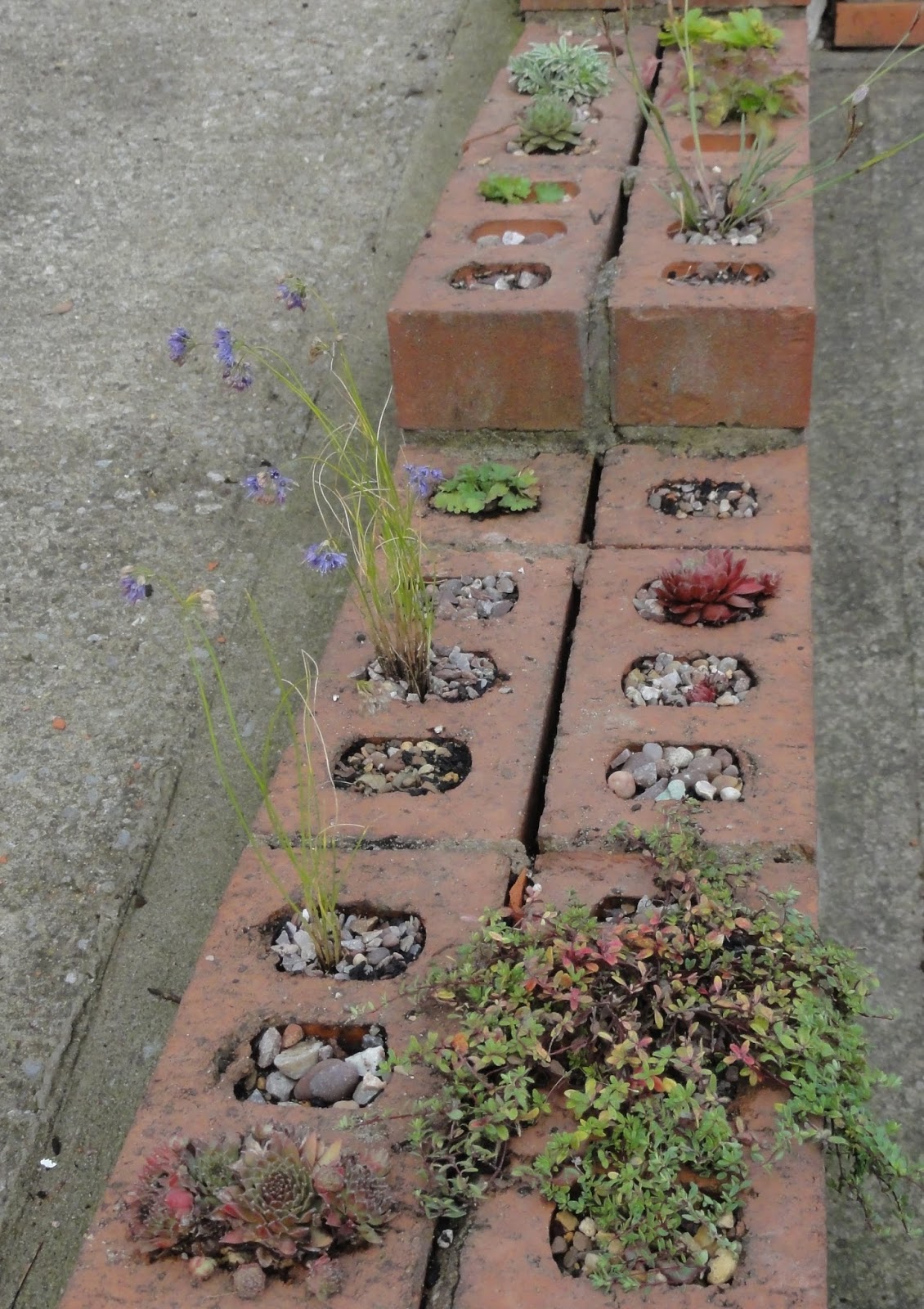 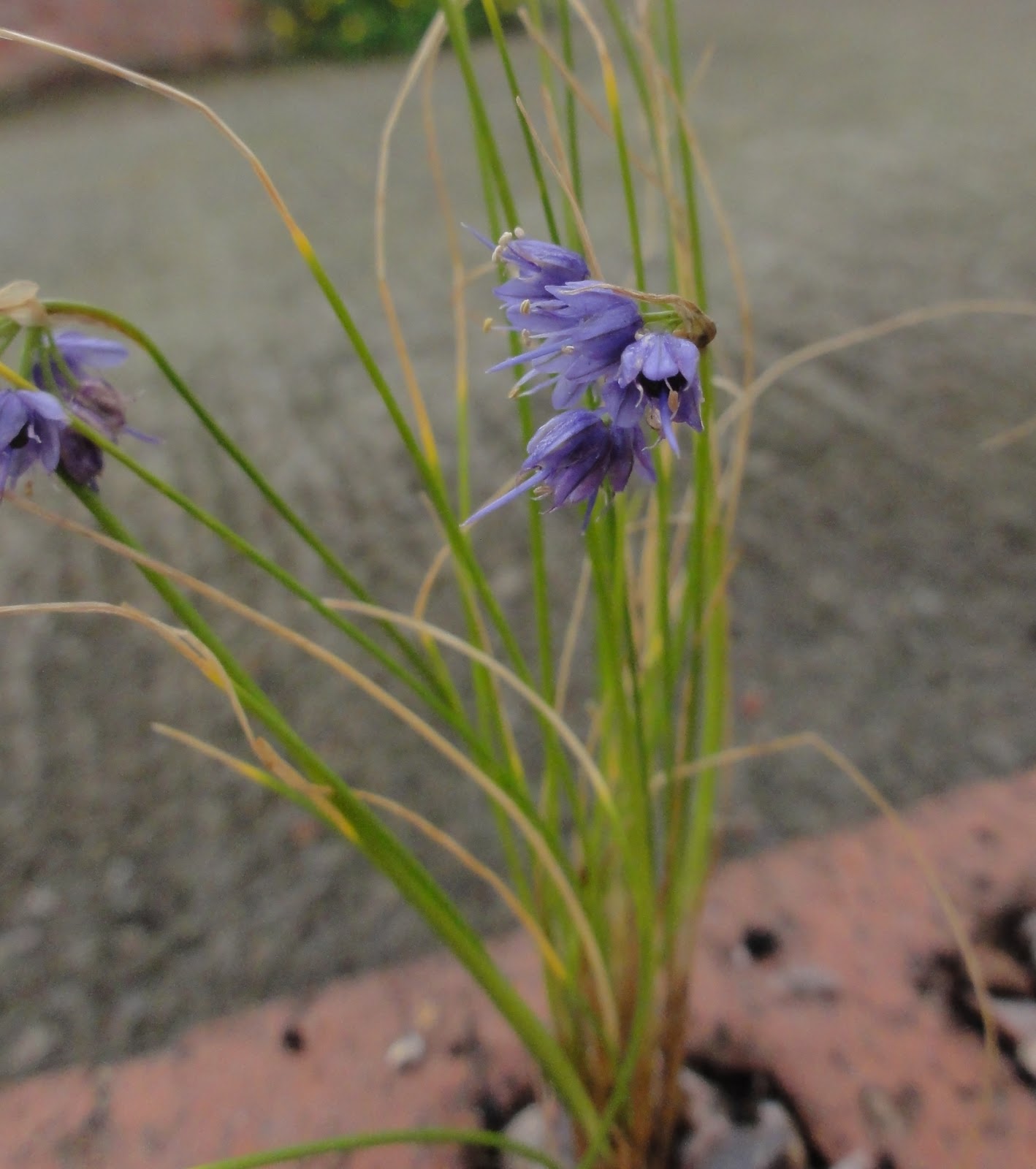 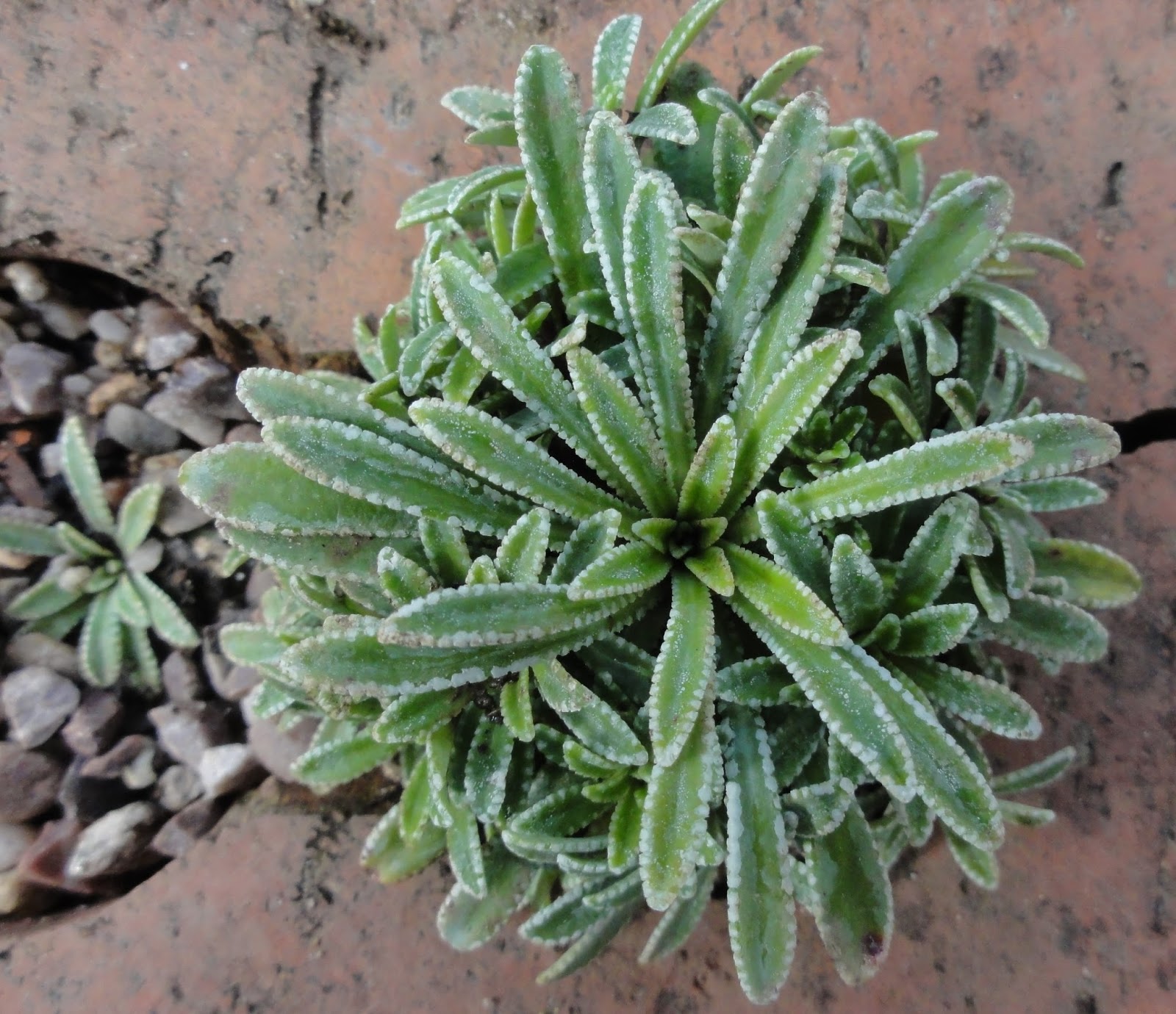 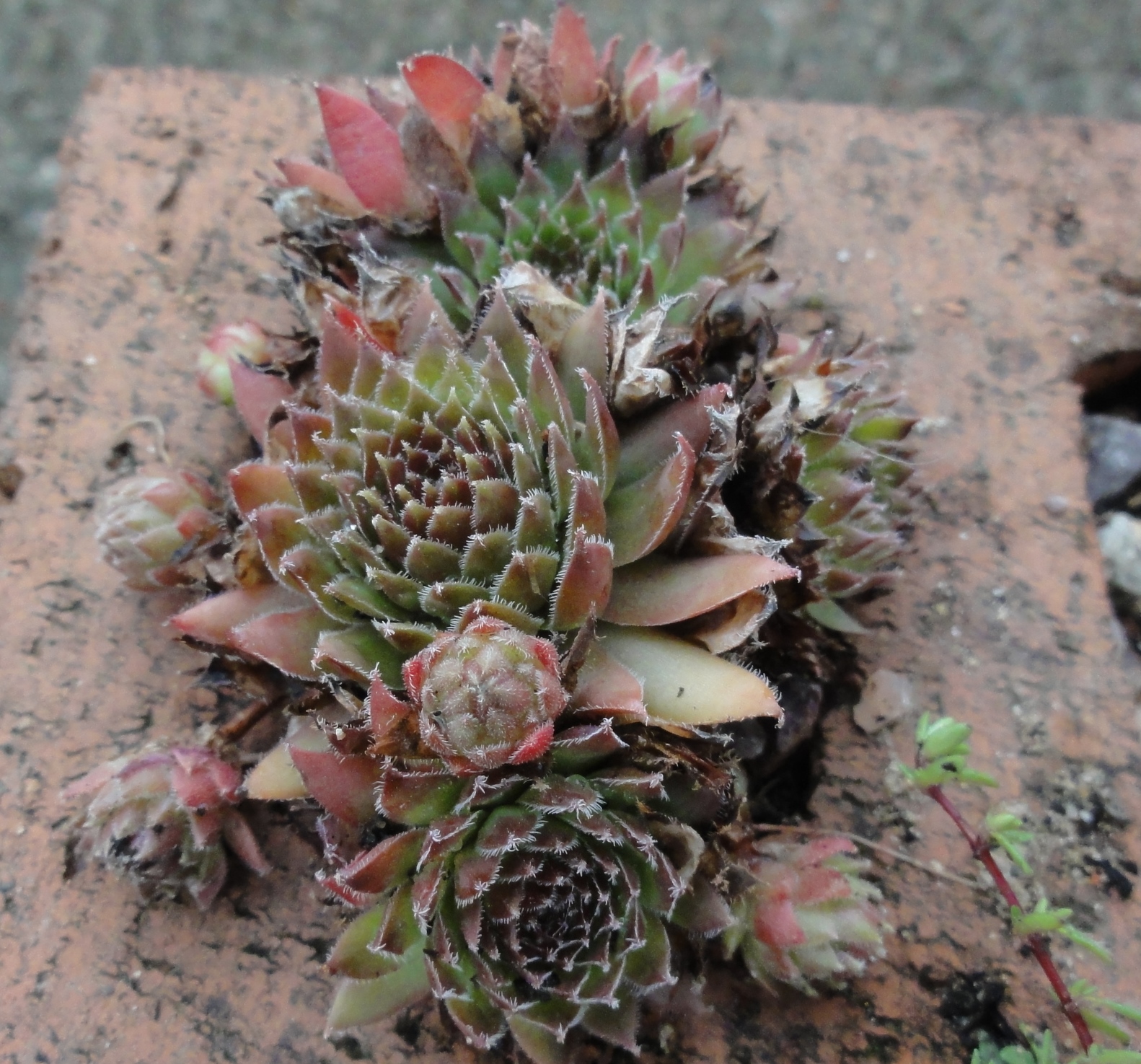 Thymus serpyllum coccineus group (bottom left, the larger plant that is starting to trail down the wall), and Potentilla crantzii (top right). 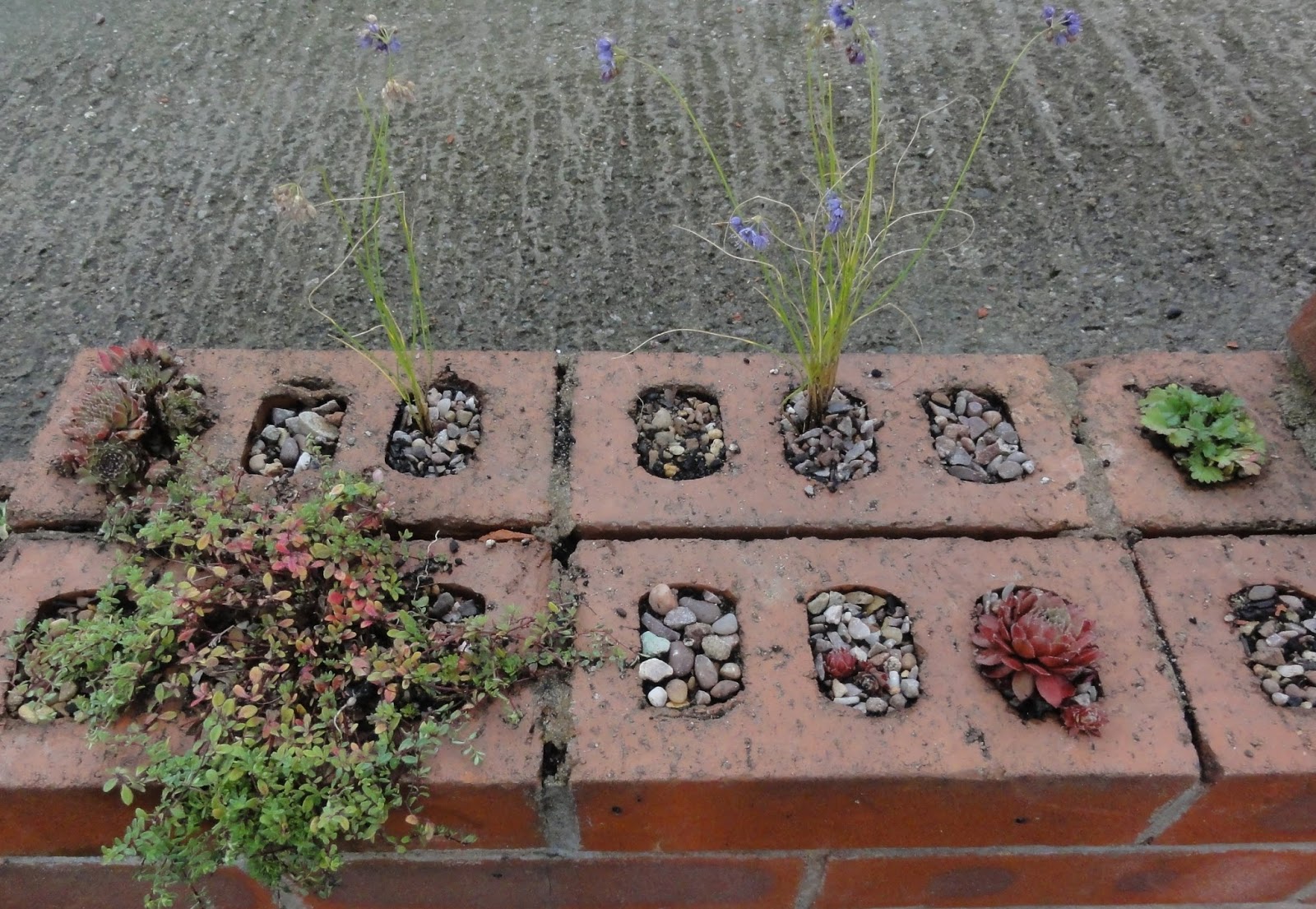 I read somewhere recently that when Beth Chatto created her Gravel Garden, apart from watering the plants at the time of planting, they were not subsequently watered except by rain, left to survive or not on their own. An attractive proposition, less watering by hand is always good. However, the alpines in my wall aren’t in soil, they are in 3cm holes with the barest of compost added. So I’ll give them a break and let them settle in before I stop hand watering. 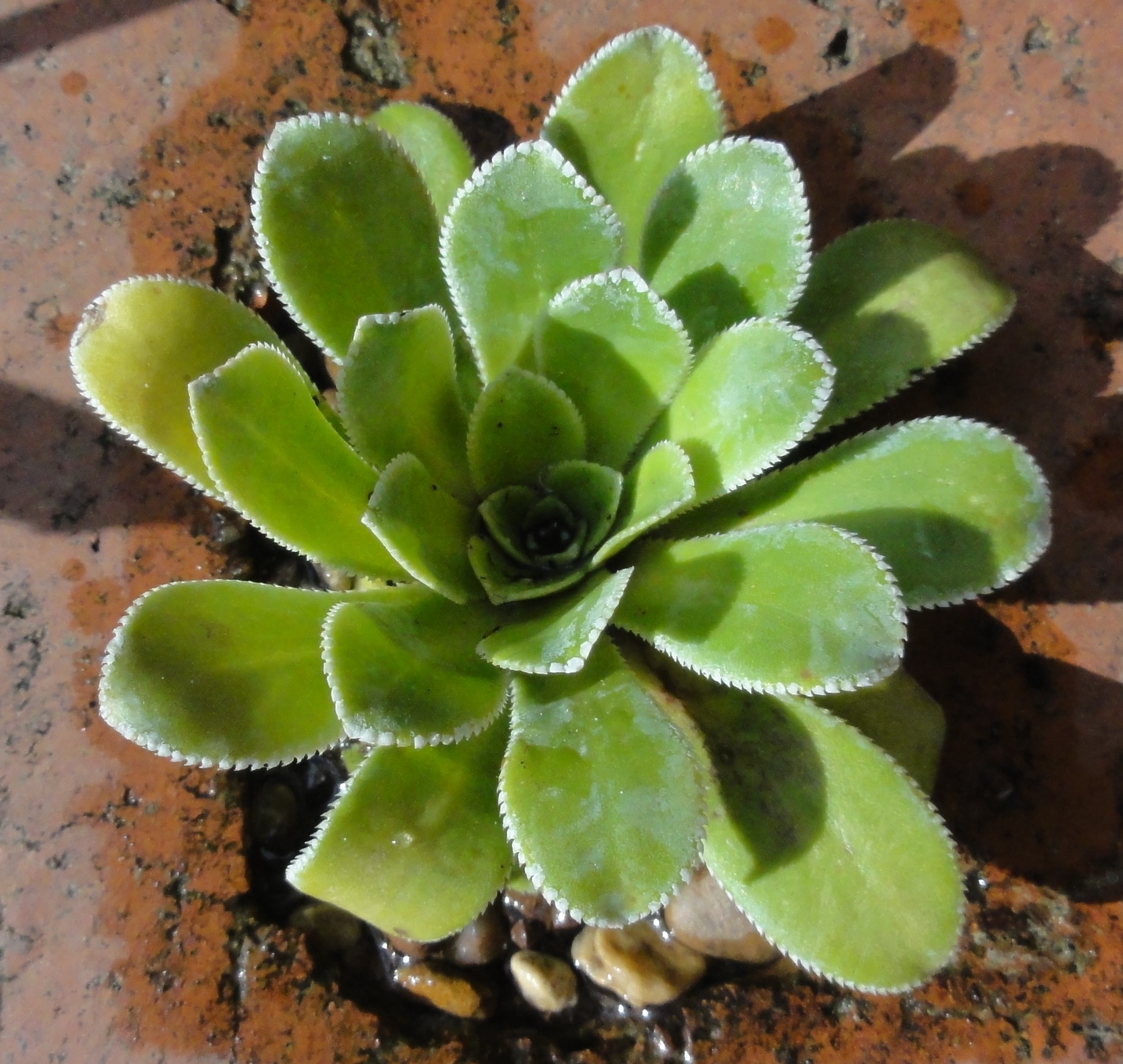 I make no claims for my Alpine Wall to be a thing of great beauty. But I do think that beauty exists within it, and I feel, particularly as the plants settle in, grow and self-seed (the Sisyrinchium’s have already started self seeding), that it might just become an attractive feature.

Most importantly, I am gaining great joy in finally being able to grow alpines and to be able to savour their tiny delights in my own garden. The experiment continues, I think with some confidence.