It’s hard to resist a walled garden. Well, I cannot, anyway. Just the idea of a walled garden, a place of adventure and beauty. All very ‘Secret Garden‘. Kevin & I wanted a day out, Kevin wanted to visit the seaside, we decided on the Bridlington area (East Yorkshire), and I wanted to see a garden. So I got out my Good Gardens Guide and there was Burton Agnes Garden listed. I didn’t know much other than what the book said. In fact I barely got past ‘walled garden’ and decided that was where I wanted to go. And it happened to be on the way to the seaside…

Like a good ‘secret garden’, the walled garden at Burton Agnes didn’t give much away from the outside. Beautiful but formal yew topiary and too-perfect lawns. 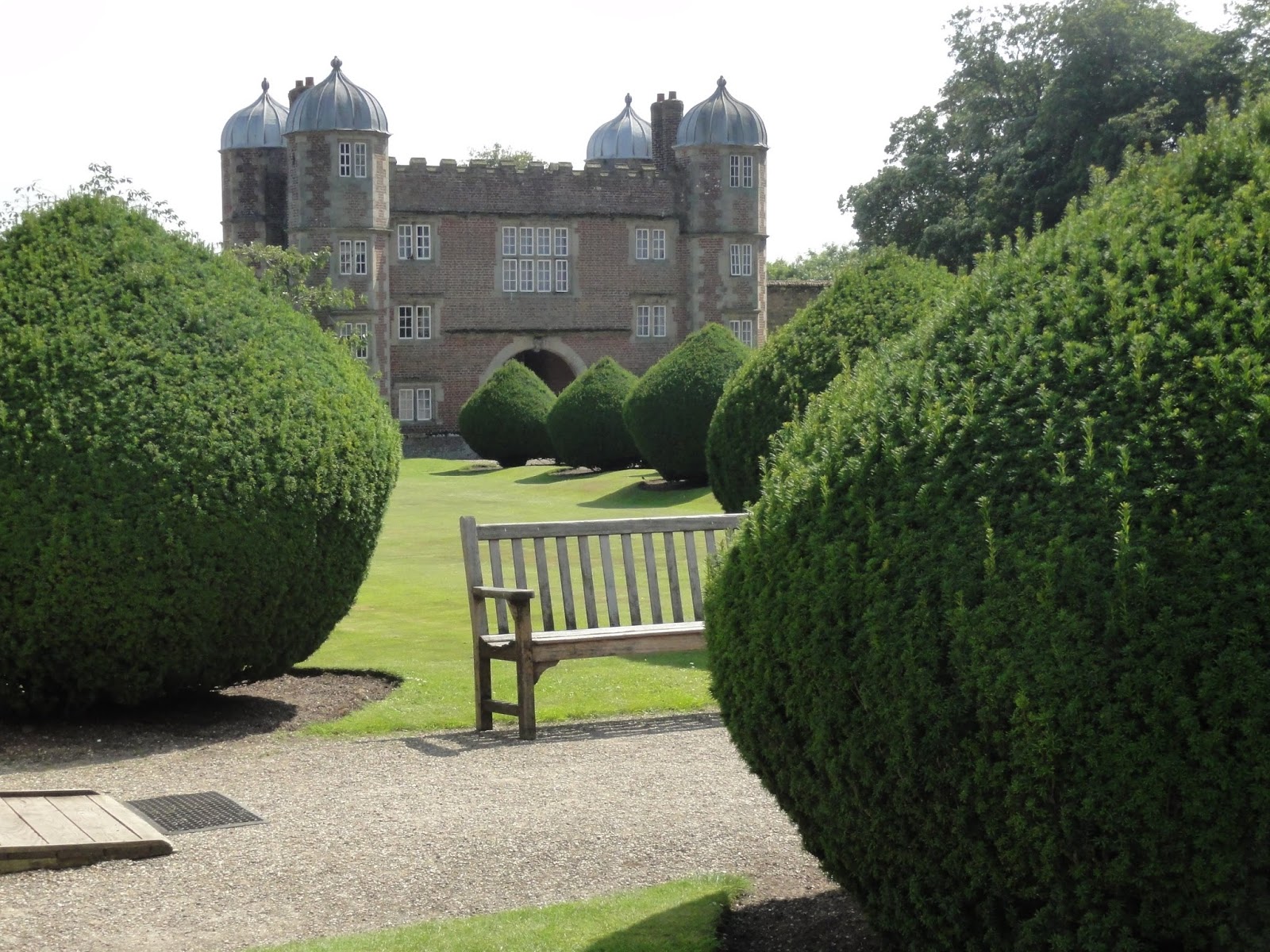 As you come to the entrance, the planting gets brighter, though still a little formal with the perfect edging, but then, the top of the stairs and the doorway through… 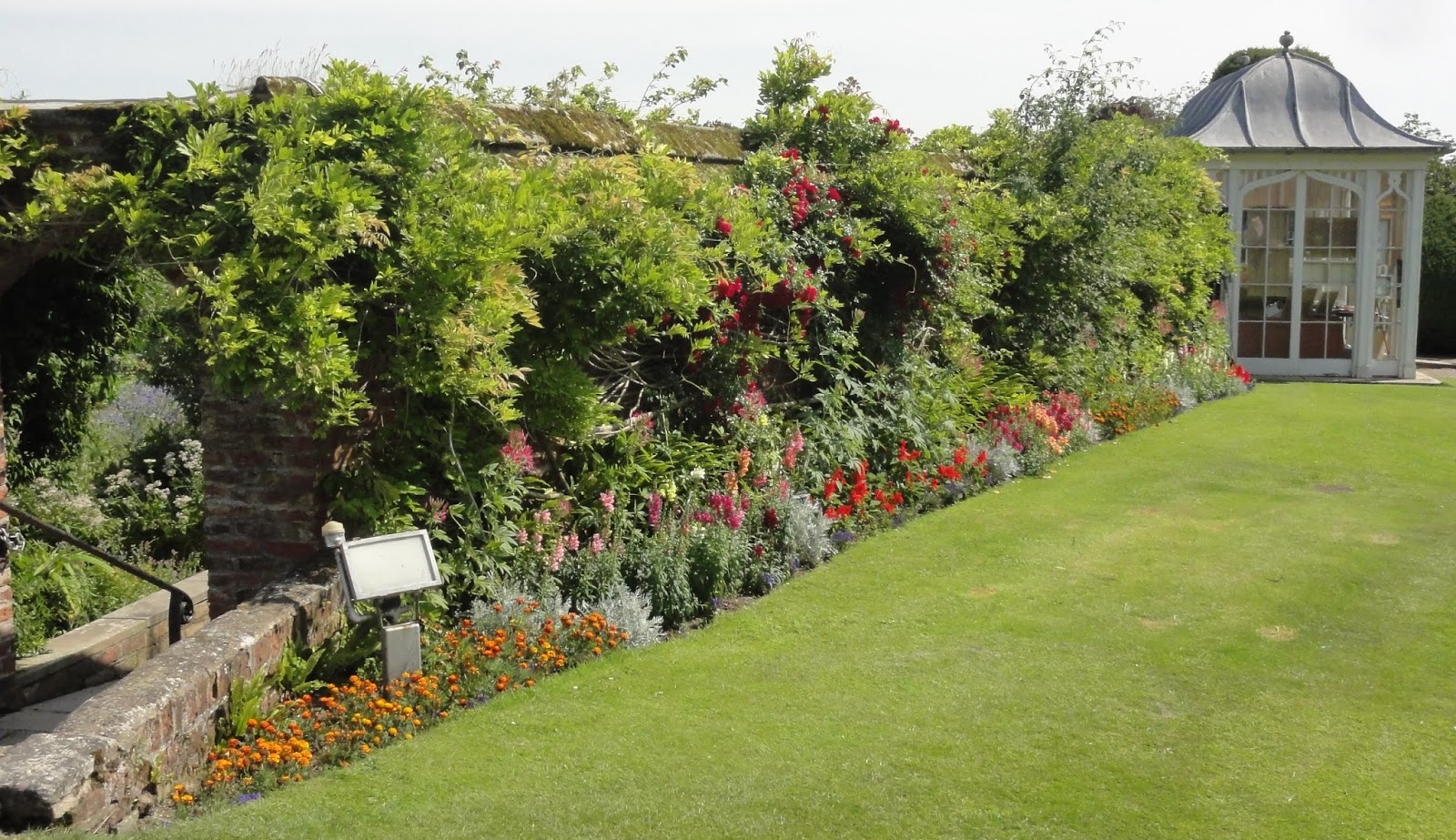 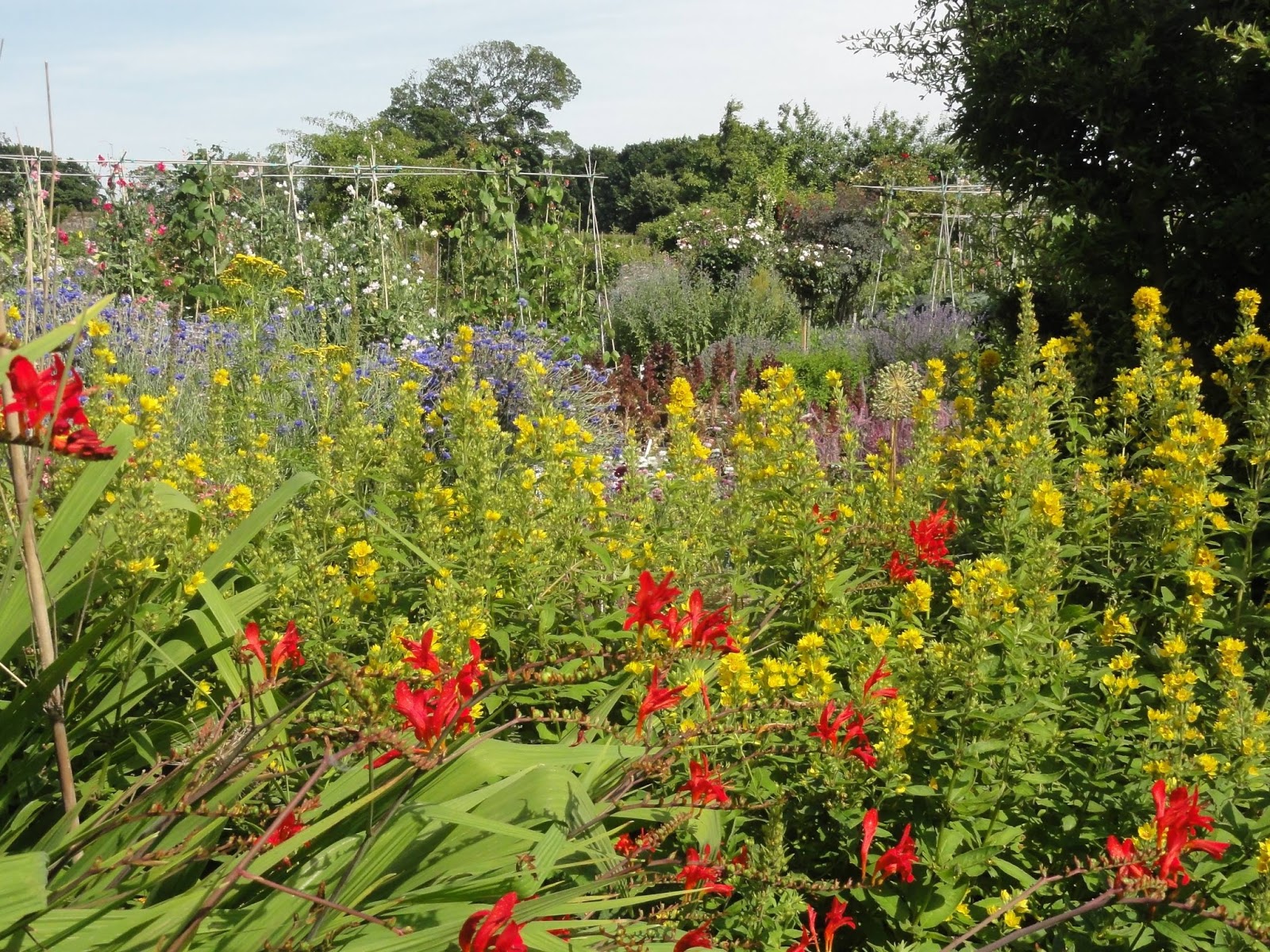 A path to lead us on, what’s around the corner? 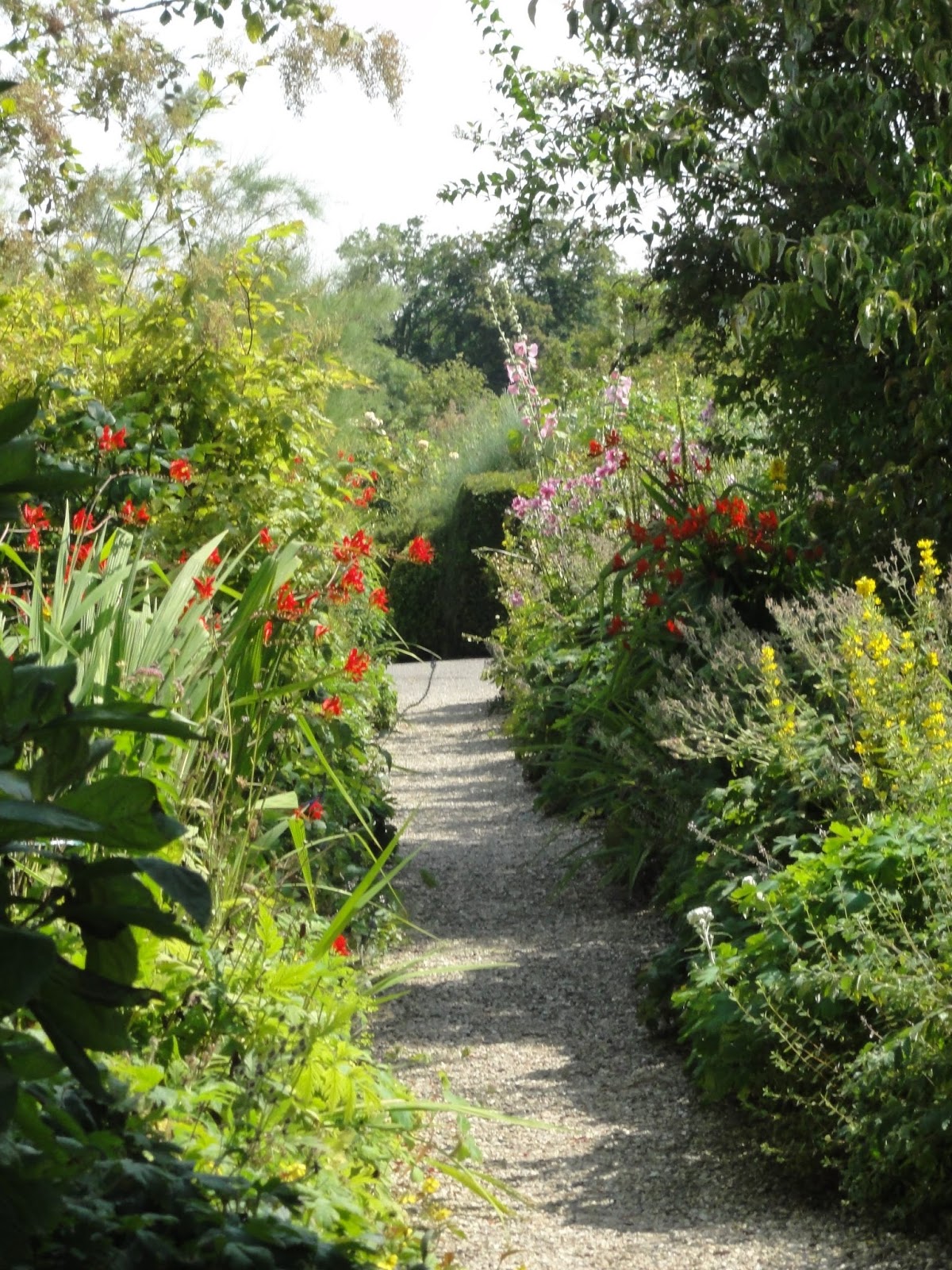 A kitchen garden filled with fruit and vegetables, flowers for cuttings and flowers for the bees, butterflies and other pollinating insects. 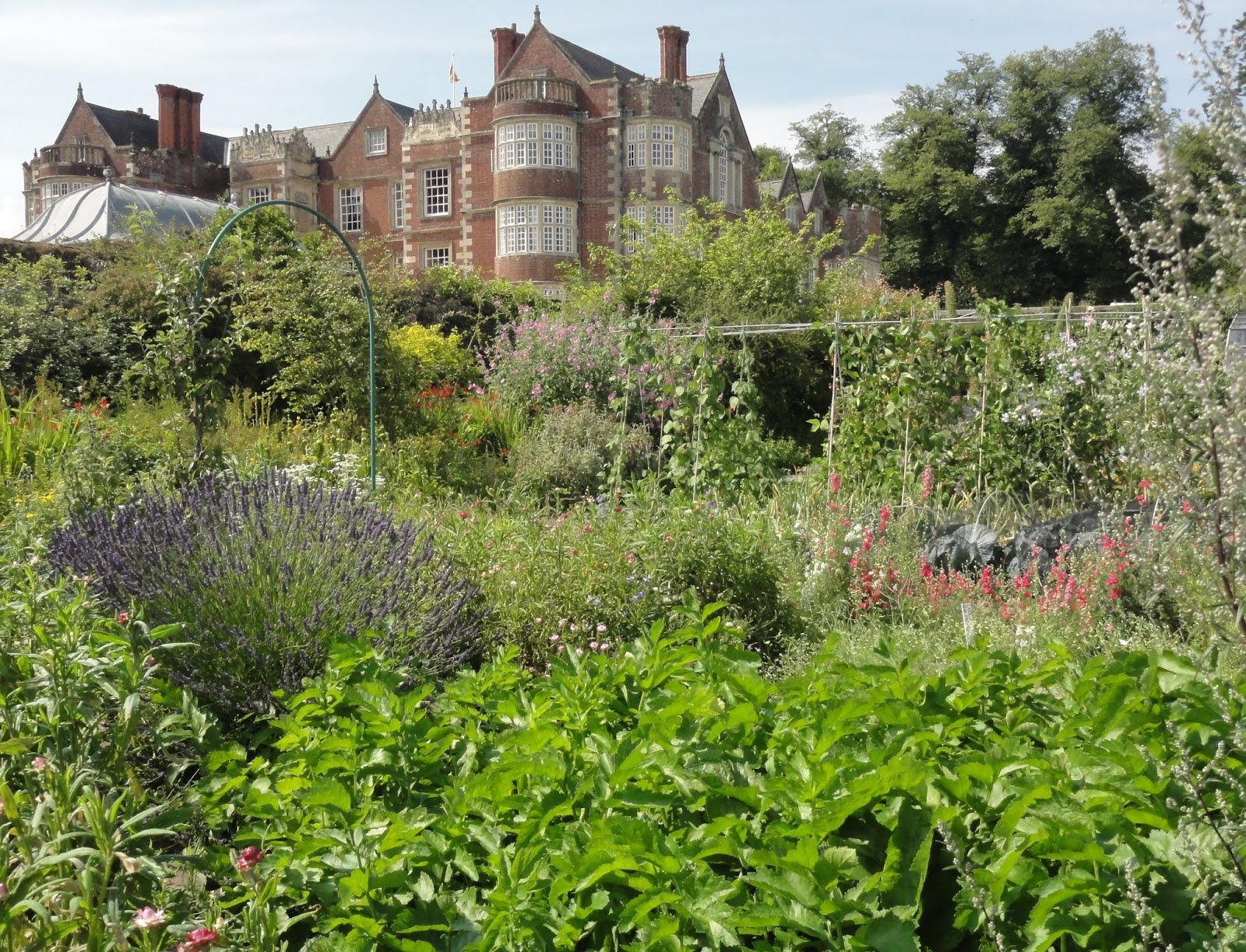 The Hall looks rather grand sitting beyond the walled garden. In the greenhouse, tomatoes were bursting through the shutters. 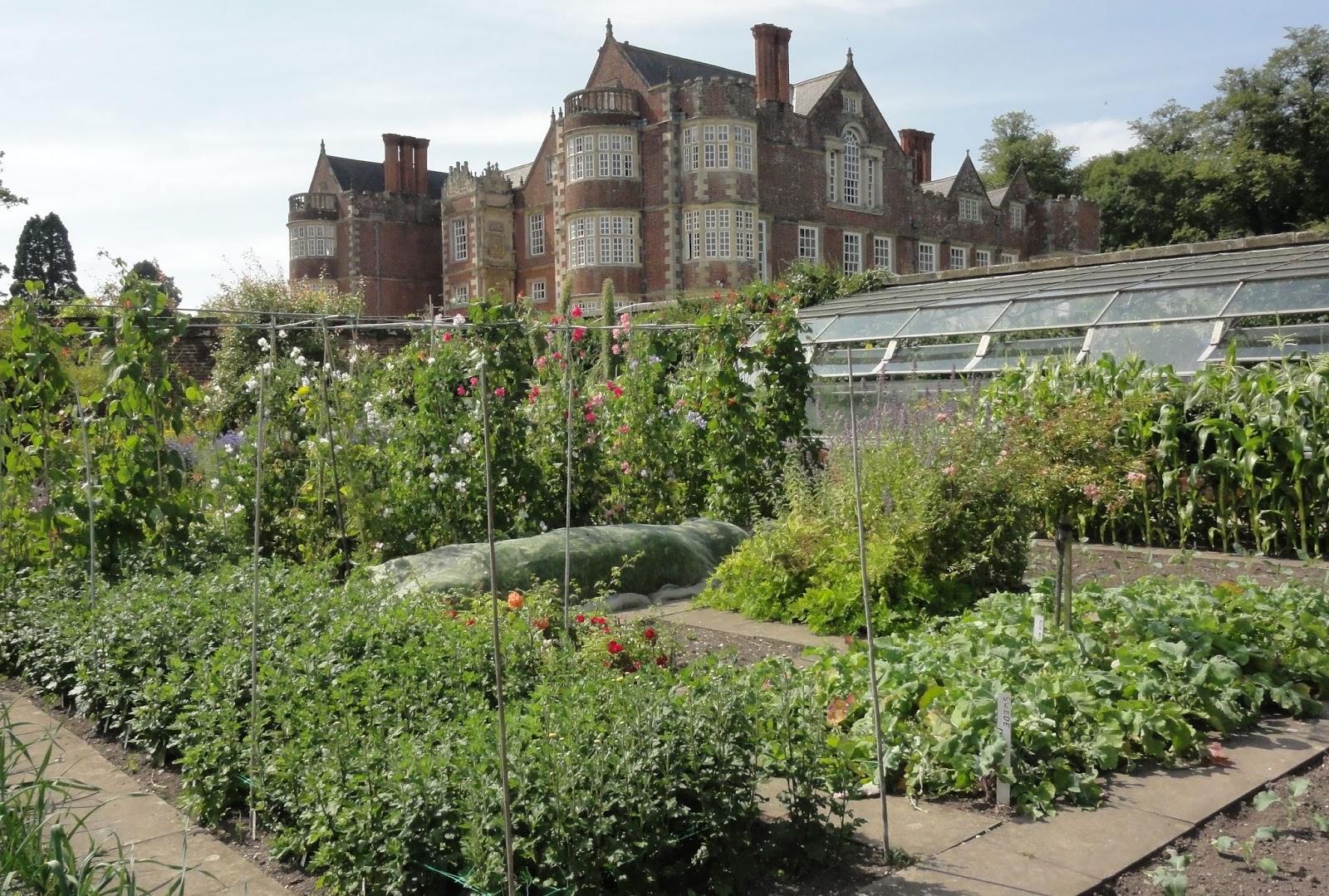 Plants spilling onto paths allowing you to get up close and personal. 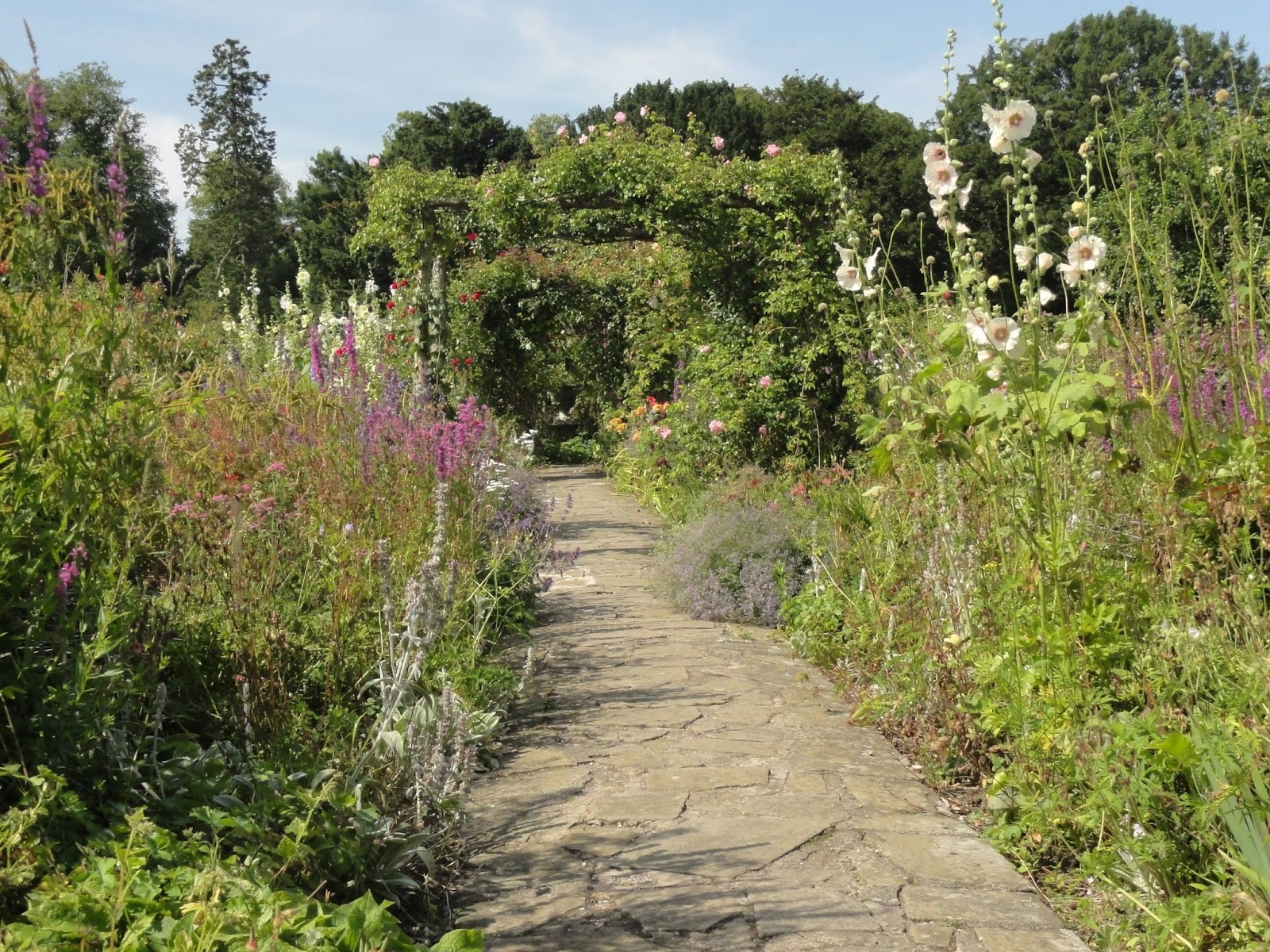 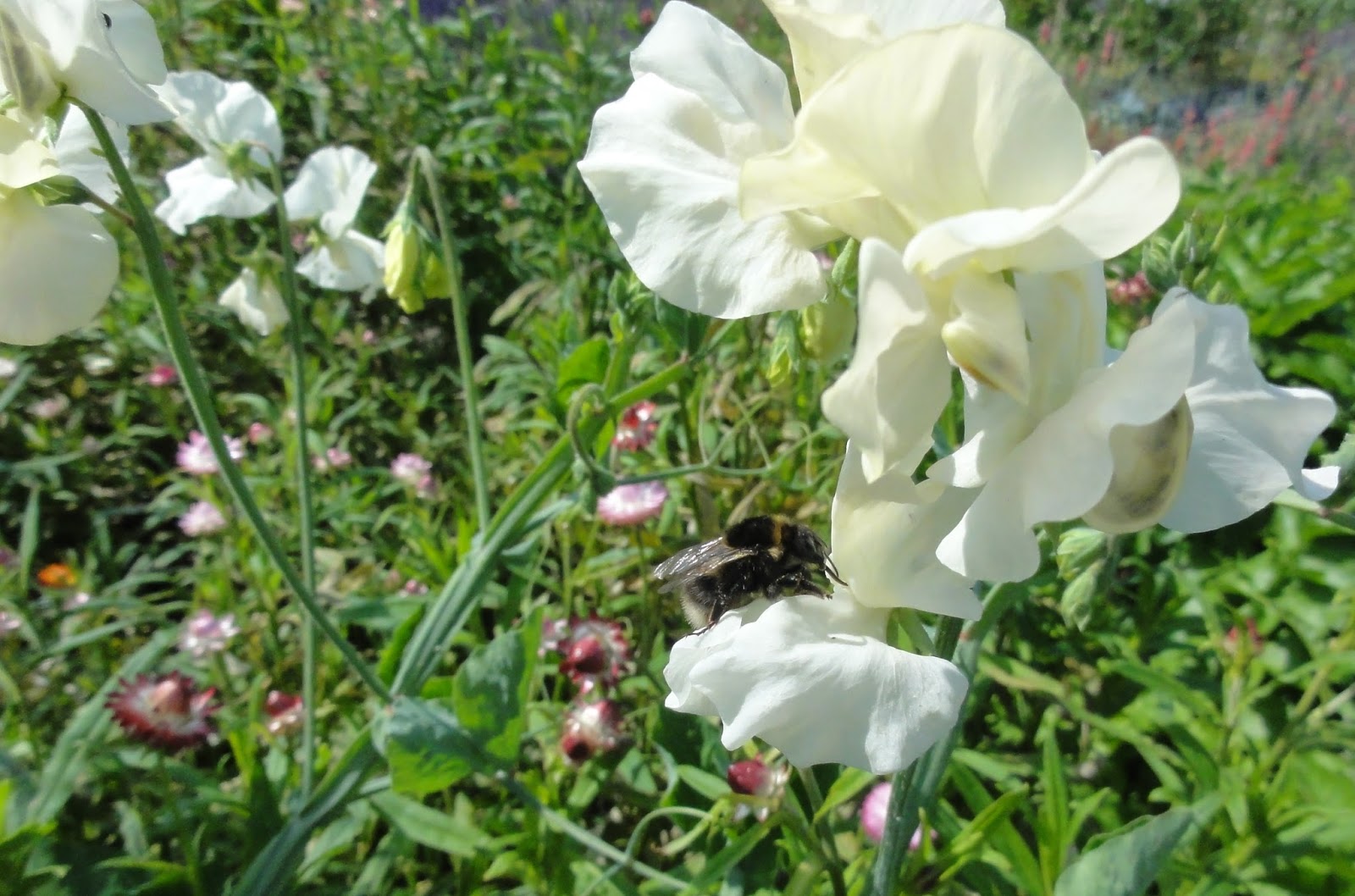 Brushing past herbs and fragrance. I found I frequently photographed the garden with the hall as a backdrop. It was nice of them to build the hall to give the garden a pleasant vista, wasn’t it. 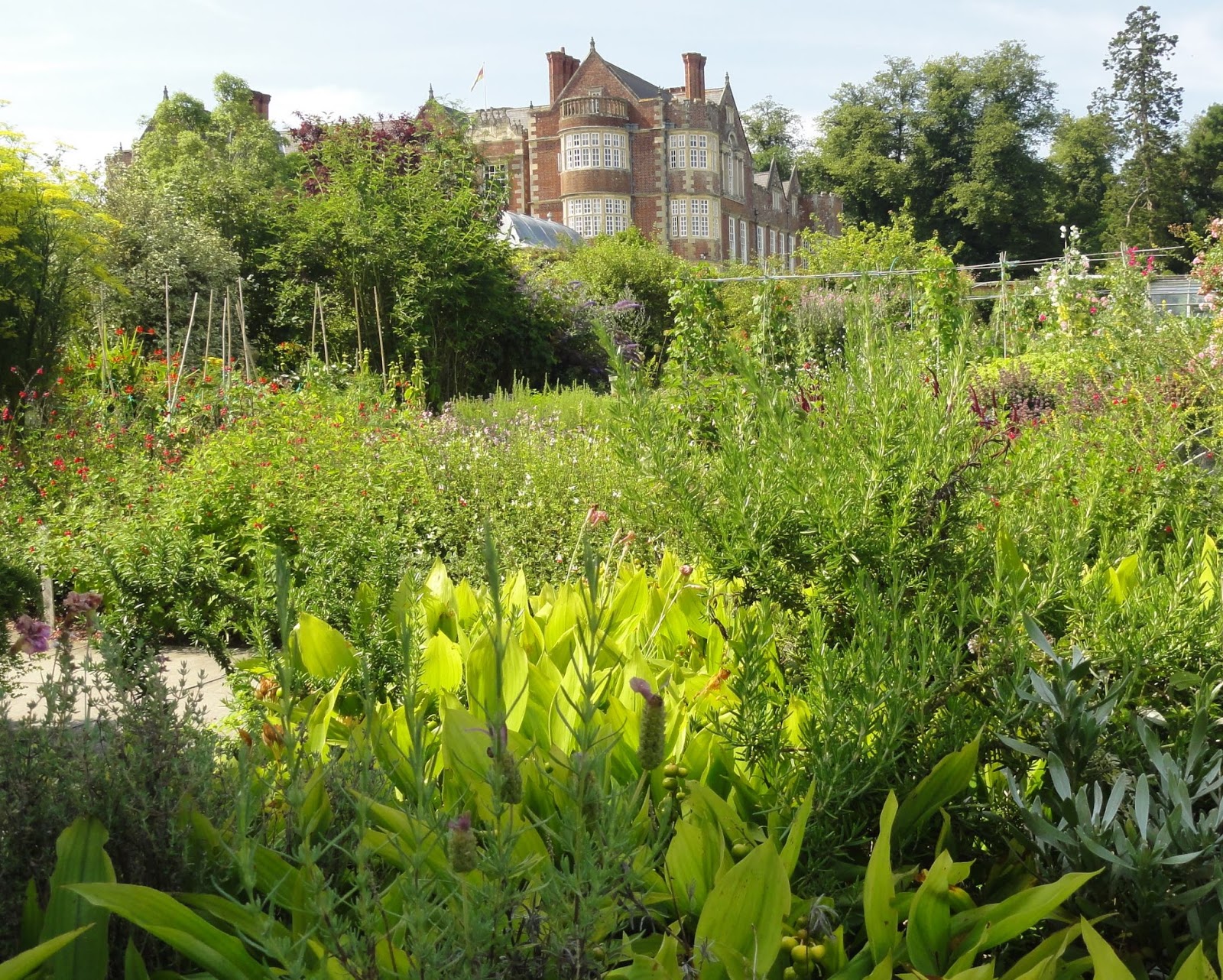 Gardeners of all sorts. 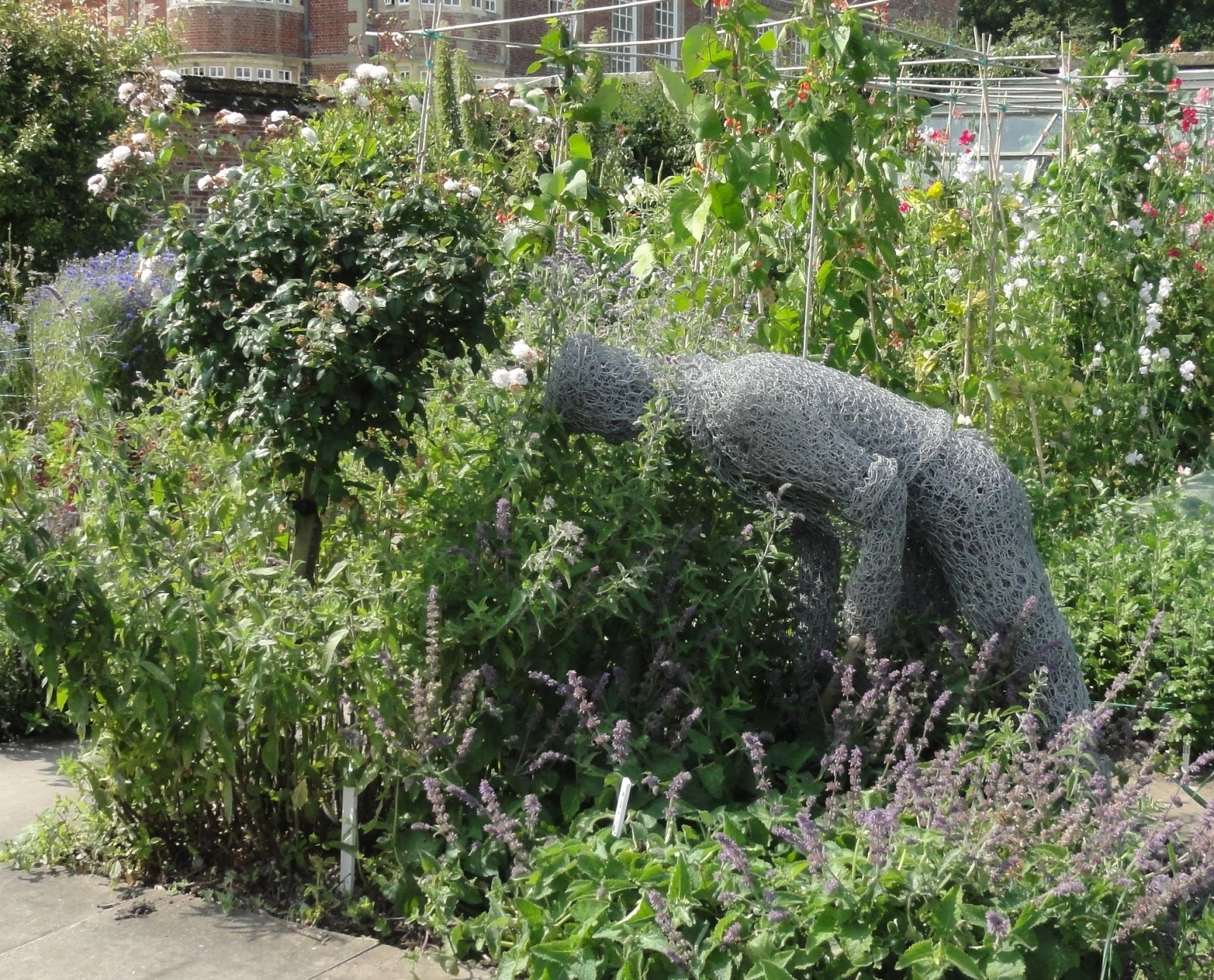 The garden is a great place for children to run around and explore. So many hidey holes, such as behind the tall plants in the Yellow Garden. 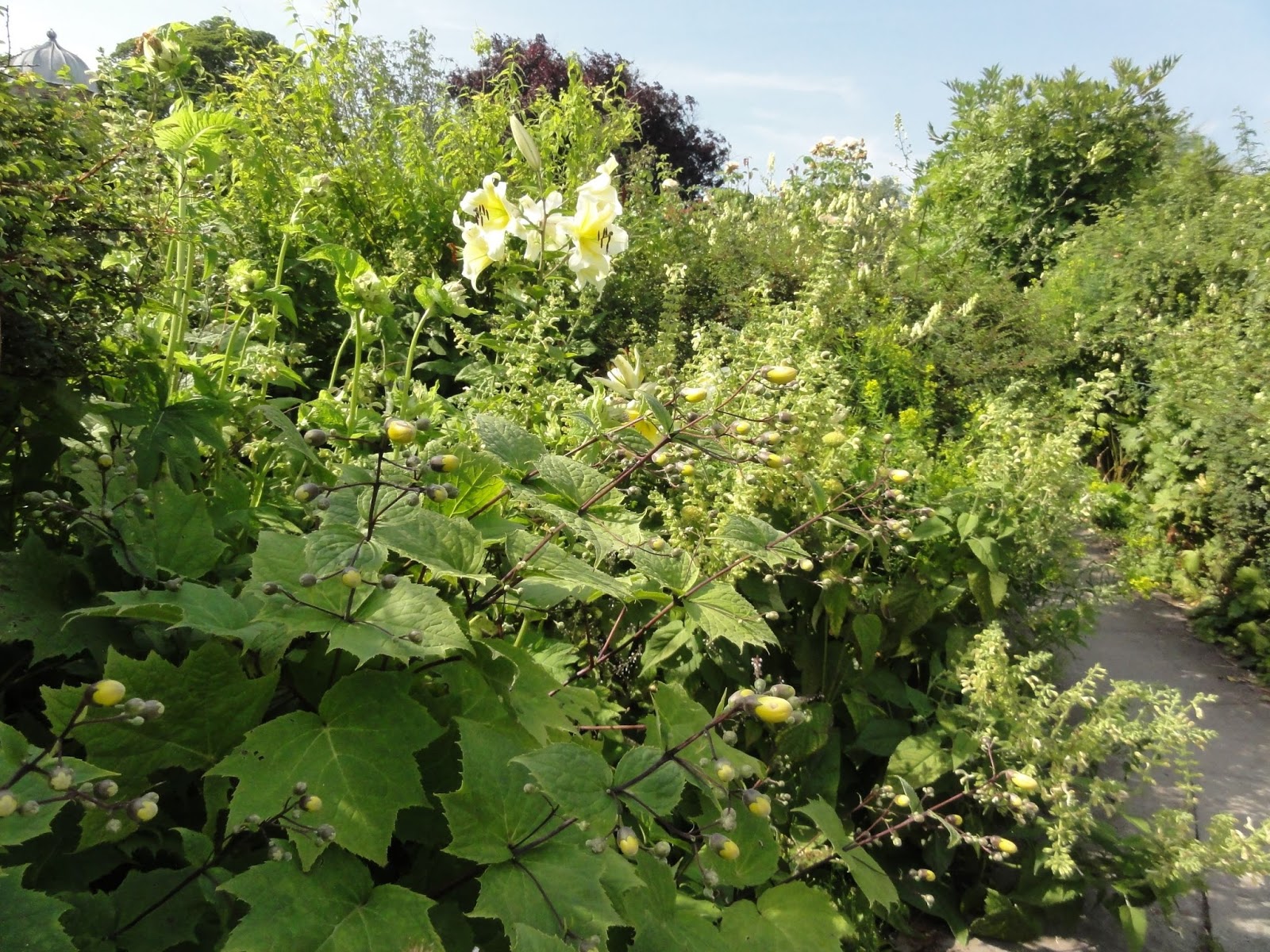 They even have some larger than life board games for children of all ages to play. The chess set is below; we played Noughts and Crosses in another part of the garden.

We then discovered the Jungle Garden. Lush, twisty and turny. 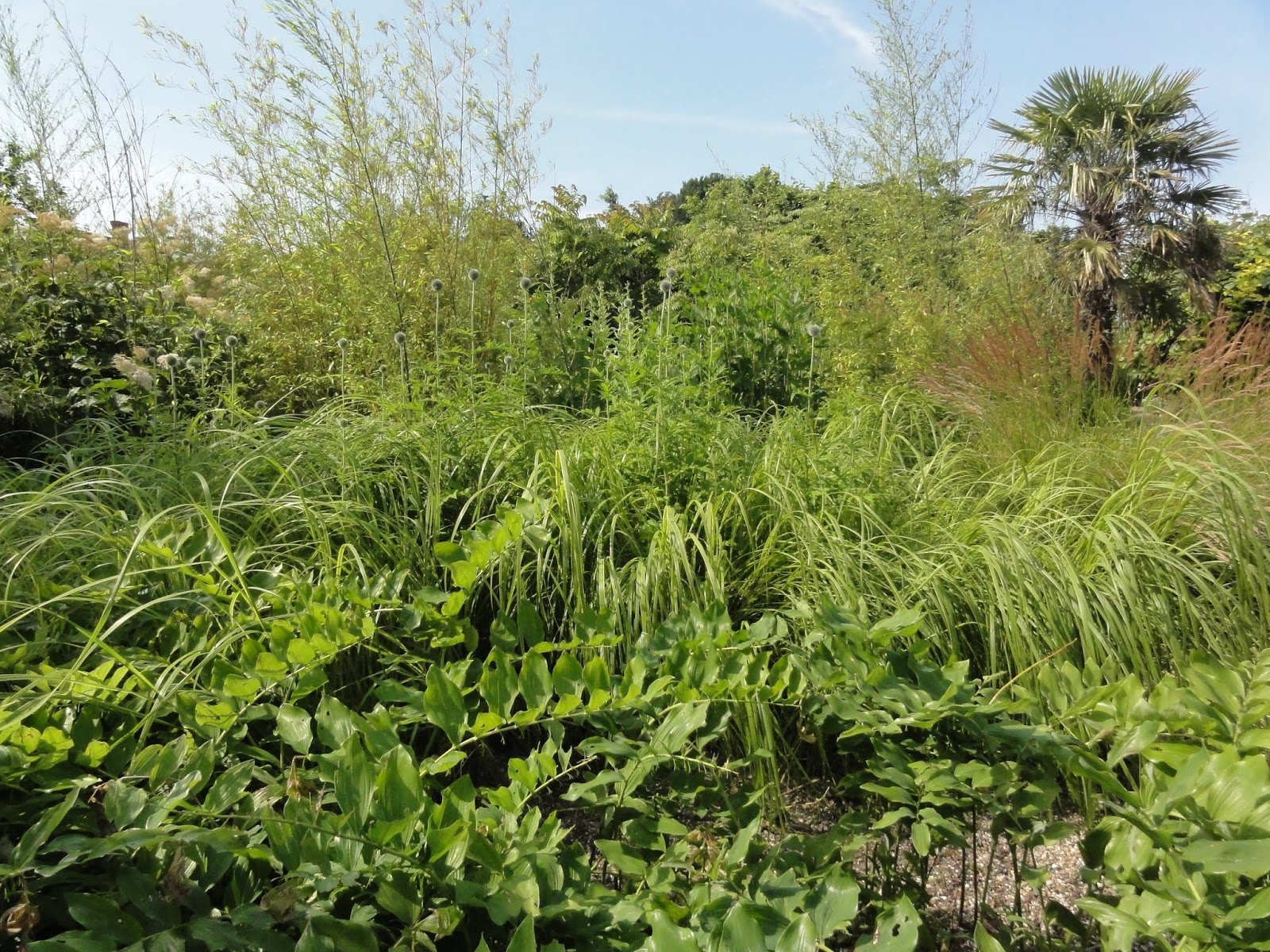 What has Kevin discovered? 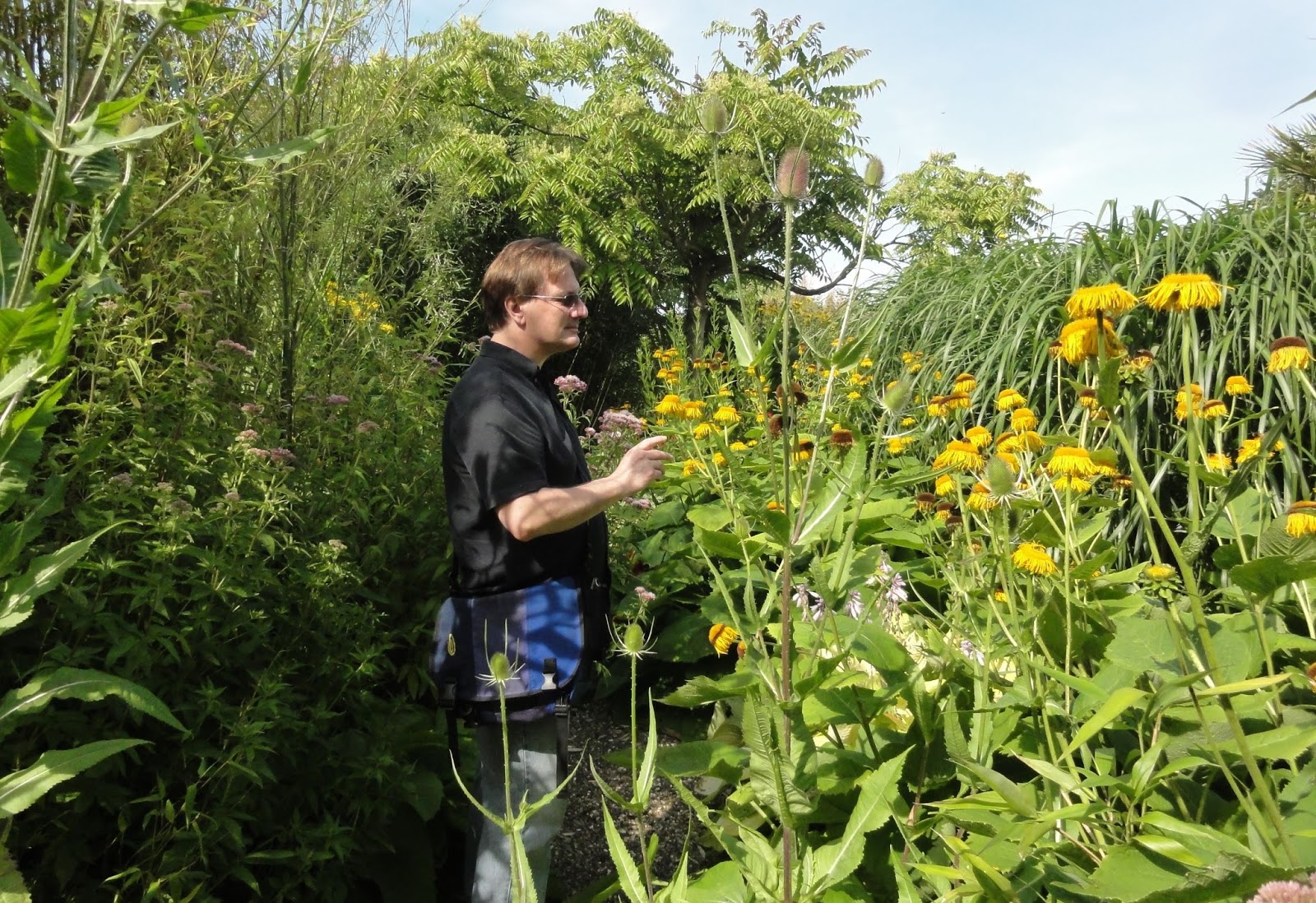 Ahhh, a bee restaurant. The flower is Inula magnifica.* 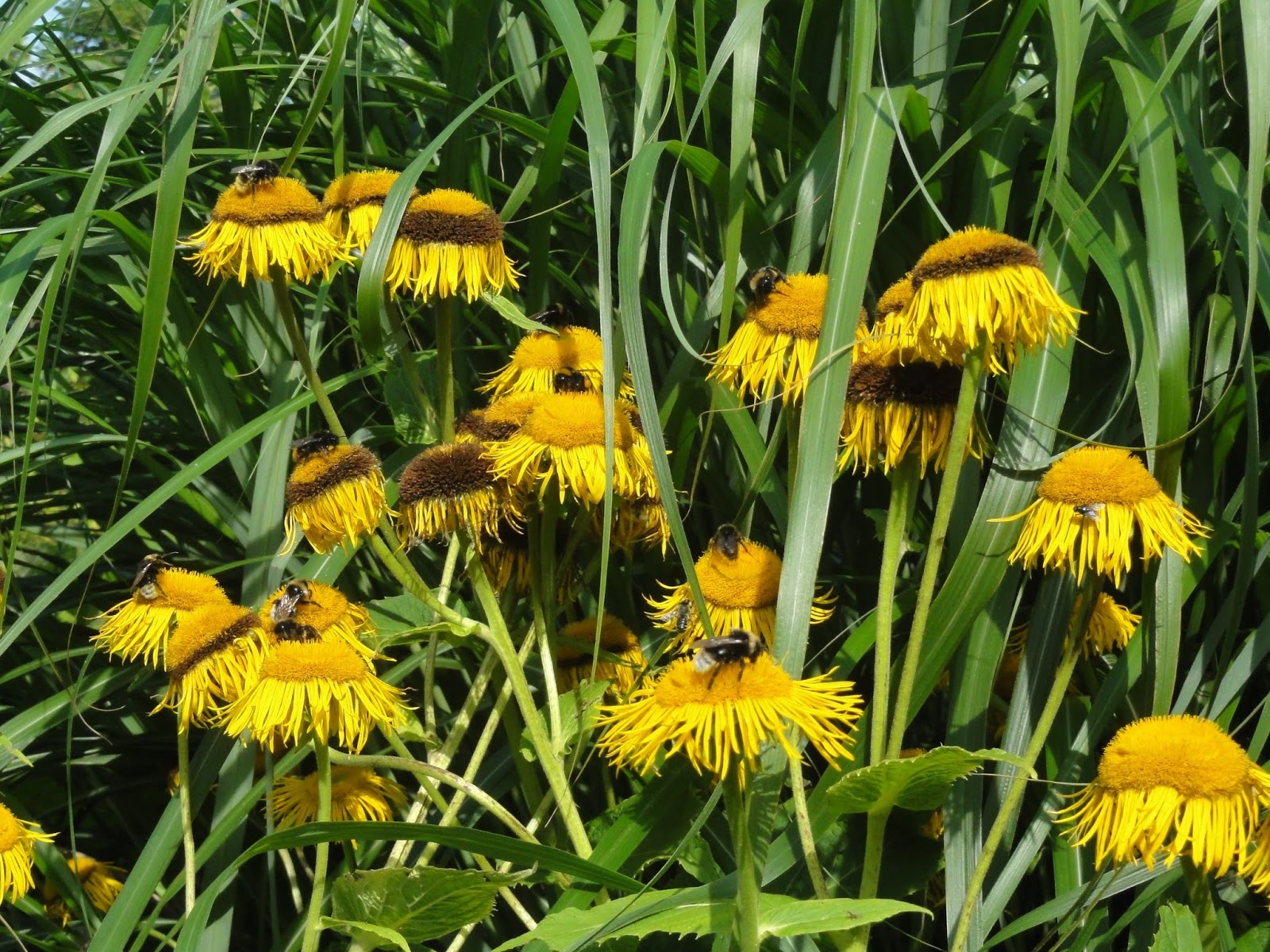 There were quite a few seats placed around the garden, and from this seat, I think my favourite view of the day. Light and shade. Oranges and reds. Many types of foliage rustling in the breeze. 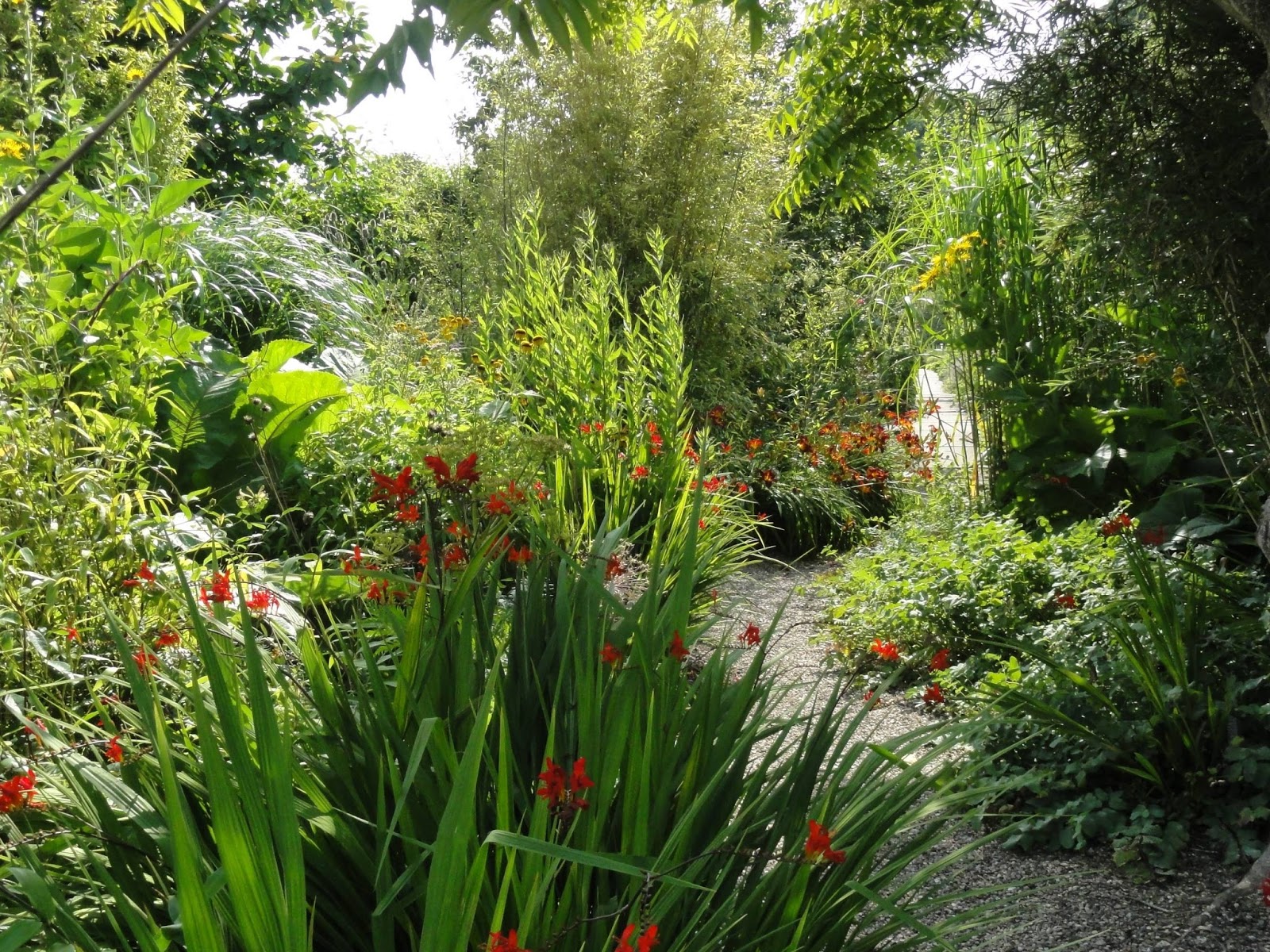 All over the garden you could hear a humming of bees, and even more so in this area close to the greenhouse. You can see the dots of bees on and near the Echinops below. 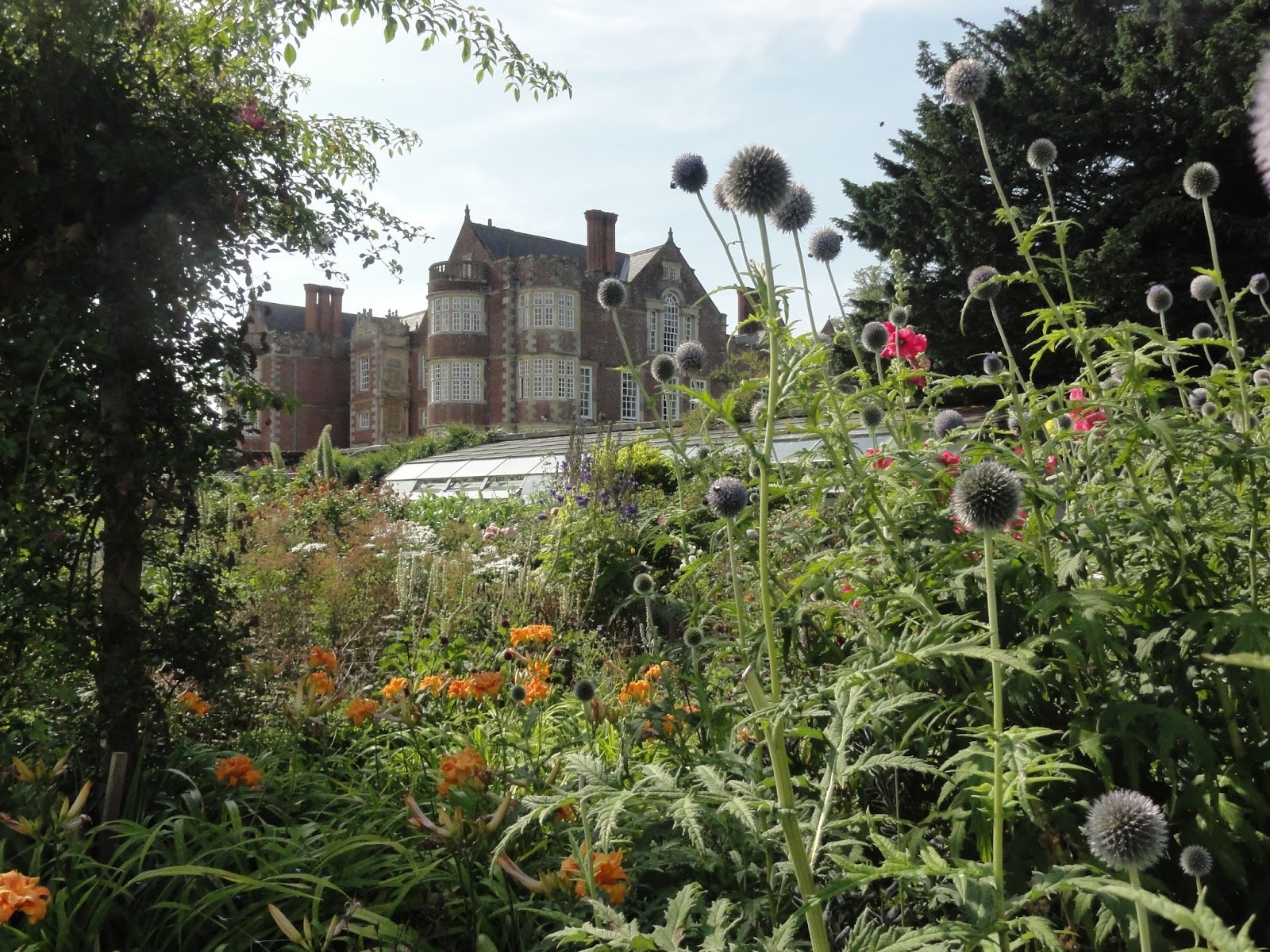 It was like the sound and movement of a busy hive with all the bees on these Allium sphaerocephalon. 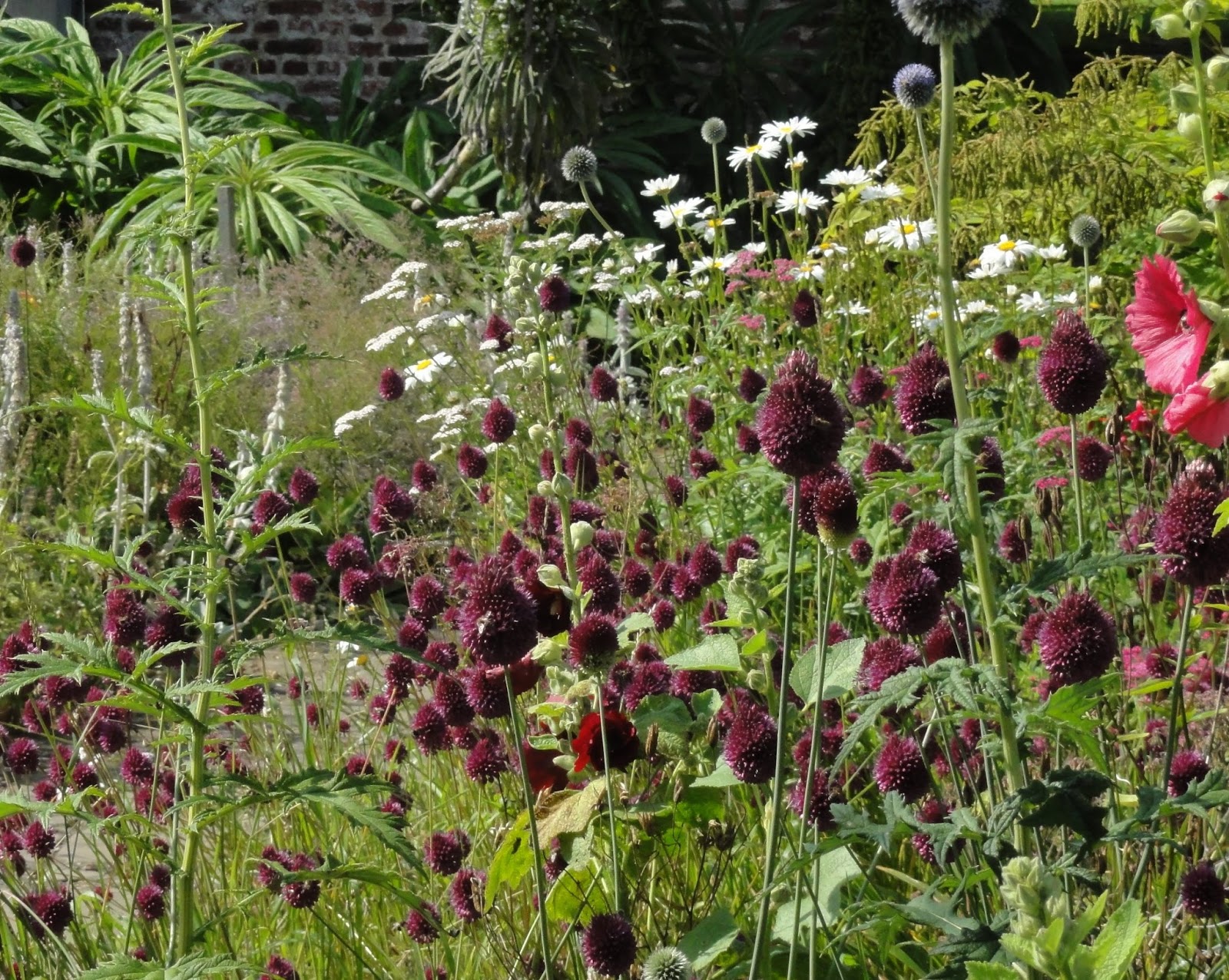 We finally found our way back past the kitchen garden area to the entrance. Another view of the hall beyond the garden. I was envious of their healthy sweetcorn plants. Just need butter… 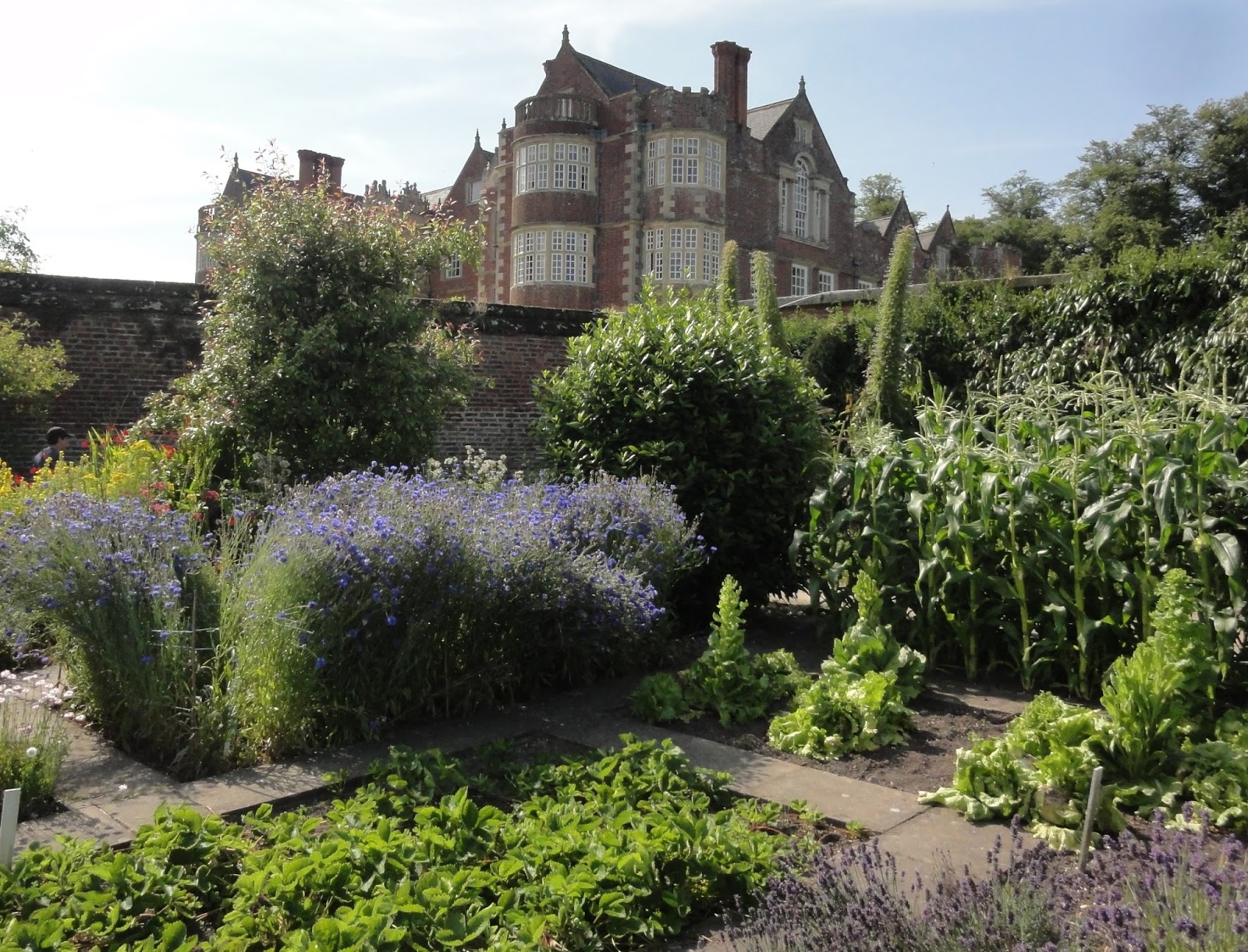 But it was the blue of the cornflowers that took my fancy. And one last view over the walled garden. 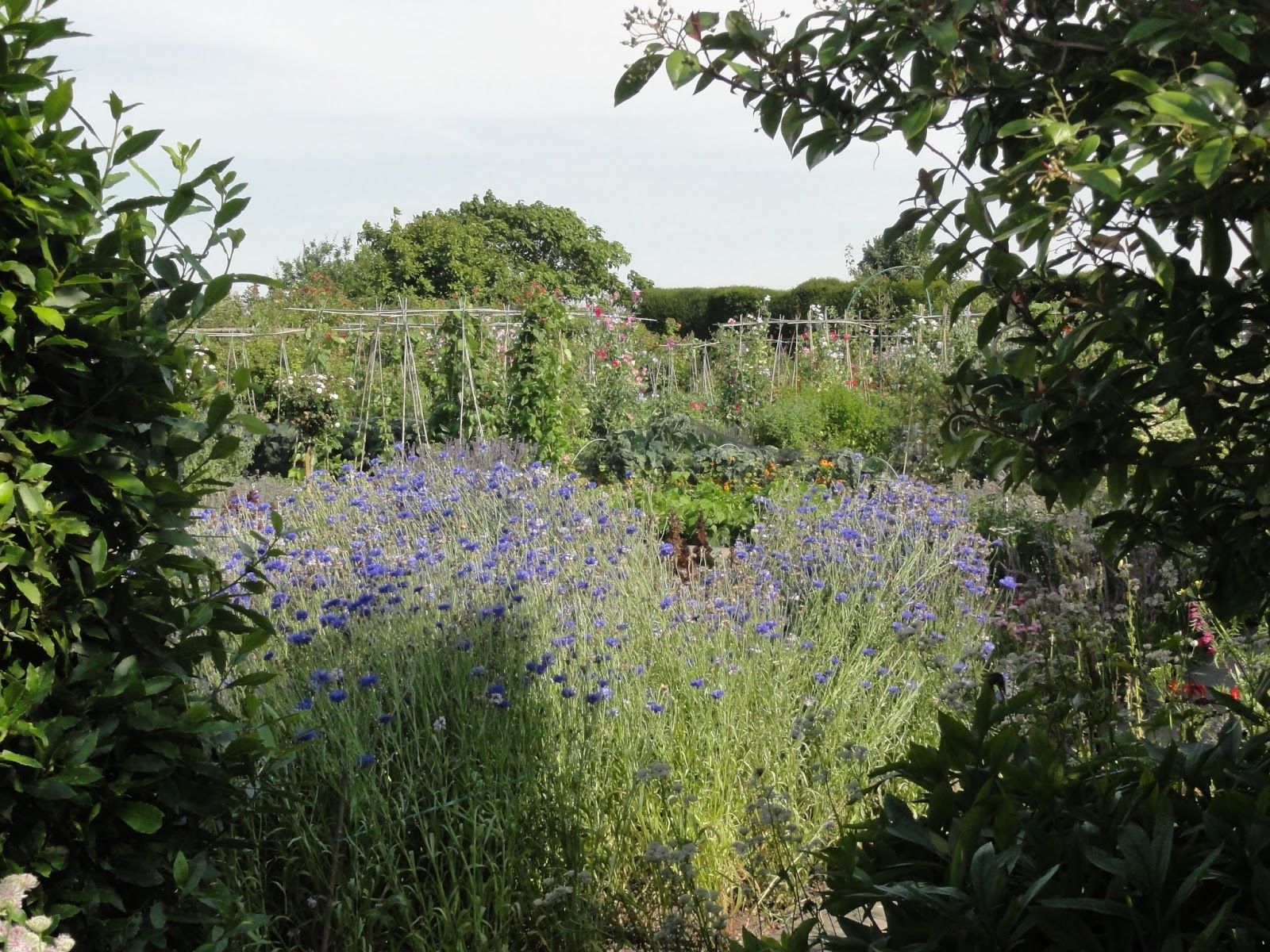 Kevin and I both loved Burton Agnes Walled Garden. It had everything we thought a walled garden (secret garden!) should have. Crops to eat, flowers for us and the wildlife, fragrance and the exciting twists in the paths culminating in gorgeous new vistas and discoveries around each corner. It won’t be too long before we return.

*Thanks to @botanicalmartin for identifying the plant for me.