A month after I first began the mulching experiment, here is the first update. 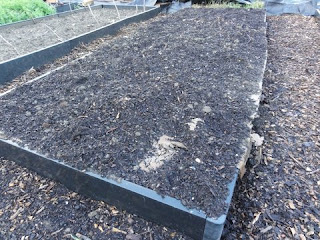 For bed 1 (standard cardboard and compost mulch), you can see that the cardboard is starting to break down a bit. No annual weeds have come up. This may not seem significant, but on my non-mulched beds, like those still with spinach and chard, some annual weeds have sprung up, even though I weeded them at the same time as setting up the mulching experiment. Usually I wouldn’t need to weed so late, but we had such a warm autumn. I suspect now that it’s finally turning into winter (light dash of snow on the ground this morning), the weeds shouldn’t grow any more now until end of Winter/early Spring. 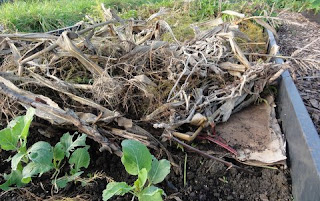 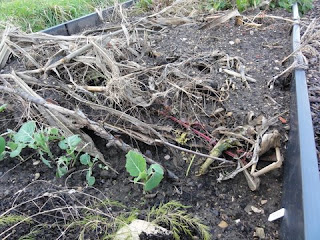 For bed 2, with the cardboard and non-composted plant material mulch, if you compare to the first photo from November, you can tell, only slightly (!), that the plant material is breaking down just a little. I think adding the extra compost to hold it down has helped, as has finally getting some cold weather. But not a lot of change really.

Let’s see how it looks in January!