Following the footsteps of other gardeners, such as Patient Gardner and Veg Plotting, I took some photos today of what was still flowering, out of season, this late in the year. These are all from my front garden, which is south-facing. Although the front garden has had frost, it obviously wasn’t hard enough to kill off all flowering plants. 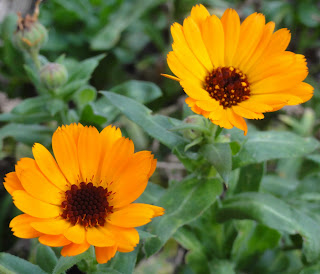 The Helenium is more yellow than it’s usual orangey-yellow tones, but I can assure you that it is ‘Sahin’s Early Flowerer’. I would add that it appears to be a perpetual flowerer. This year it started flowering in June and is still going at the end of December. I’ve had a lot of bunches of flowers for the house and to give to friends, and this wonderful plant just kept on flowering. 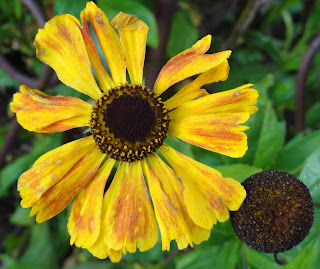 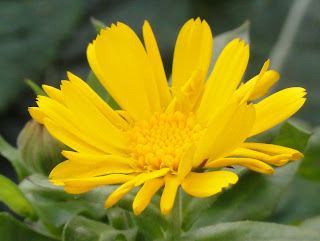 On to more muted tones, some of the Verbena Bonariensis still has flowers on it. I leave it over winter as goldfinches love the seeds, and I like it to self seed so I can pot up some free plants to pass on the next year. 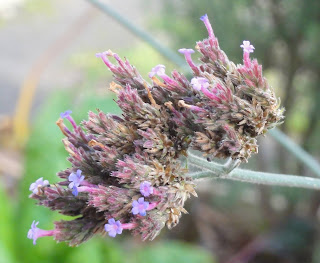 Finally, some Lavender, angustifolia ‘Hidcote’. As usual, I trimmed all my lavender mid-Autumn to help prepare it for next years flowers. However, being so mild it decided to flower a second time this year. 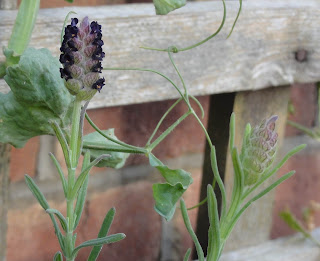 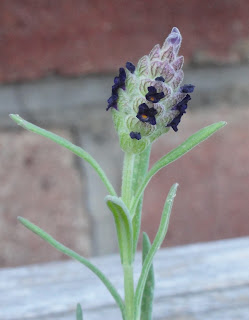 This time last year everything was under several feet of snow, and these pictures remind us of the changeability of the seasons. As ever, nothing is guaranteed in the garden, there are challenges and new delights every year, every season.