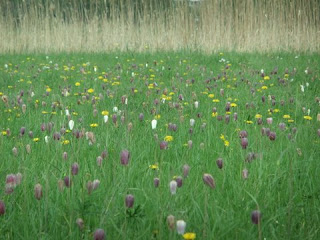 One of the many great delights of living where we do in Oxford, is that we are not far from the Isis Farmhouse, and the Iffley Meadow Fritillaries. Fritillaria meleagris, the snakes head fritillary, is one of my favourite native flowers. It also happens to be Oxfordshire’s country flower, briefly flowering each April, and one of the best places to see them anywhere happens to be about a mile away from our place.

Today we met up with Jackie and made our semi-annual visit to Iffley Meadows. First we stopped at the Isis Farmhouse. This is the best pub in Oxford (in my view). It’s situated on the river by Iffley Lock, thankfully off the tourist trail so visited and loved by locals. They also make fresh cakes. You never know what is going to be there to try, but whatever it is, it always tastes amazing. I tried bakewell tart there the first time and it was so amazing, that no other bakewell tart has ever compared to its scrumminess. Anyway, I digress.

After a drink and some rhubarb crumble, we wandered over to Iffley Meadow, which the pub backs on to. Usually mid-April is the best time to see fritillaries. On this occasion, the incredibly warm weather in England recently meant they were at the peak of their flowering period probably a week ago. However, though some had gone over, enough remained to delight us all for yet another year. 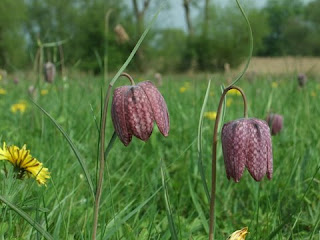 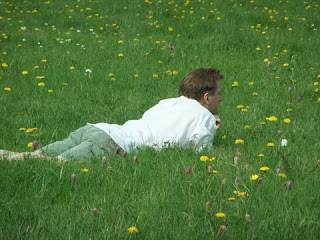 Kevin getting up close 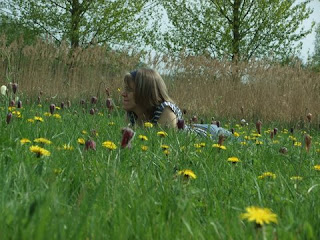 Jackie amongst the fritillaries 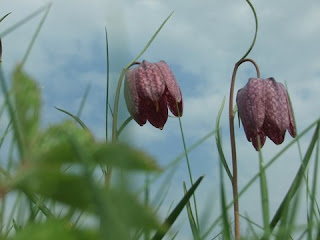