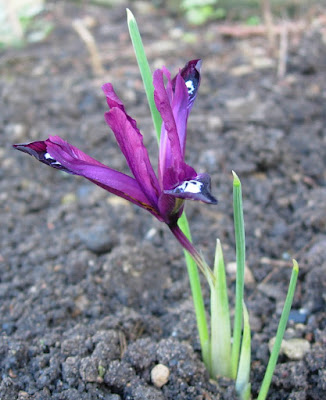 I’m so excited! After many years of trying and failing, and killing many plans in the process, I have finally managed to plant a reticulata iris in the right place for it to then come up and bloom the following year.

When we lived in Witney (c. 14 miles west of Oxford) our soil was very heavy clay and despite trying several varieties of reticulata irises in several places, I found after planting they never returned the following year. My garden in Oxford, though clay-ey, has been frequently worked and mulched and as a result is a much lighter soil. I planted this iris last February under the damson tree, an area that lower down is in part-shade, though the branches of the tree (higher up) get sun for longer periods of the year.

Kevin and I were doing some end of winter tidying up on Sunday, when I discovered that my reticulata iris was flowering again. I’m so chuffed. Here it is again, where you can see the lovely markings on the underside a little better. 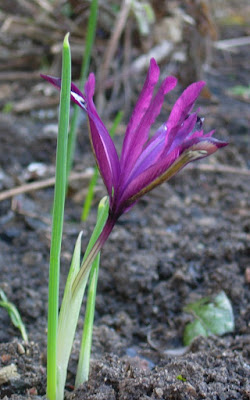