Having visited Hodsock Priory on the weekend (mid February), where they not only have a woodland carpeted with snowdrops, but also an ornamental garden, it reminded me of just how many plants are flowering in late winter. So I thought I’d share photos of these, plus some from my own garden, to help give people more idea of what you can plant to help pollinators at this time of the year.

Note, this has been a milder winter. In colder ones such as 2017/18, the plants could flower later.  Unless otherwise noted, these will grow on all soil types (acid, neutral and alkaline). These plants all grow in a temperate climate, in the UK down to hardiness zone H5, circa -15 celsuis, and USDA zones 7 and 8.

First of all, there are snowdrops (Galanthus). Here’s a selection from Hodsock. 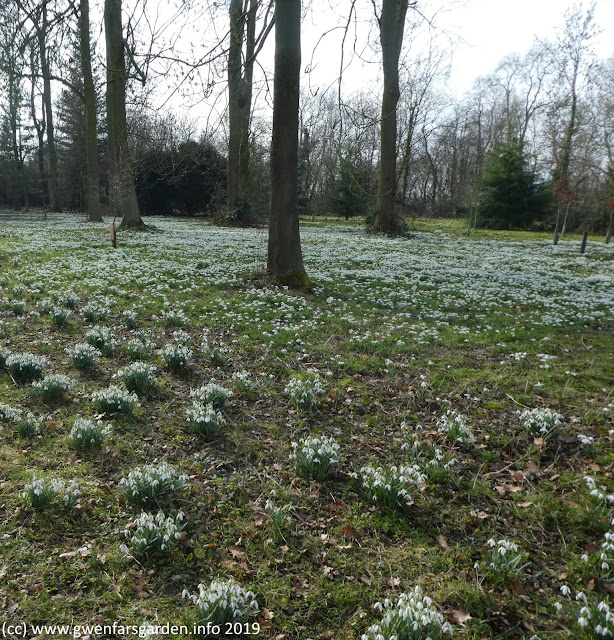 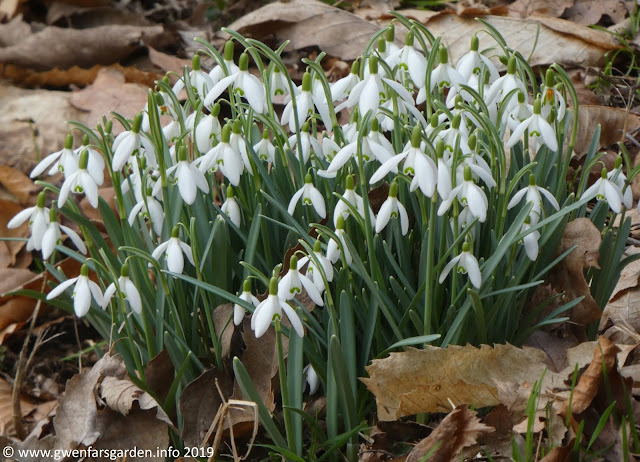 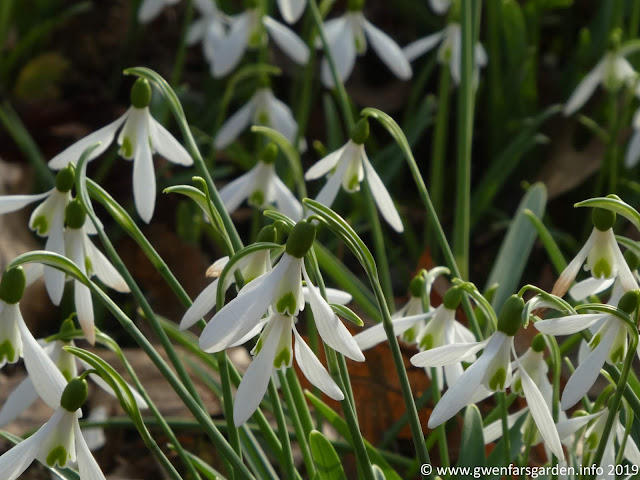 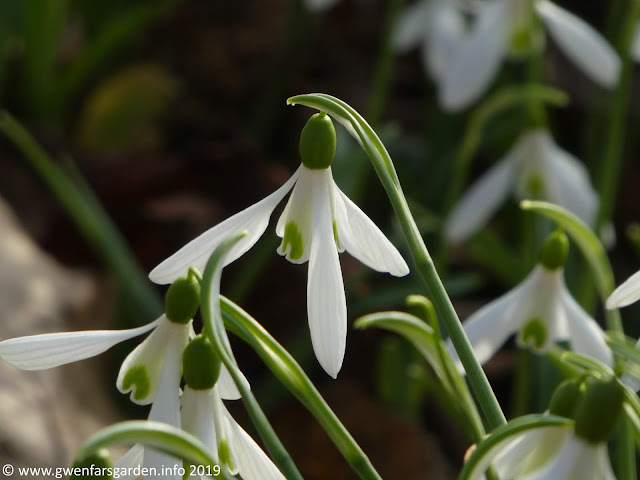 One of my favourite flowering cherries, Prunus Mume, which has an almond-like fragrance to go with the stunning, stops you in your tracks, pink flower. 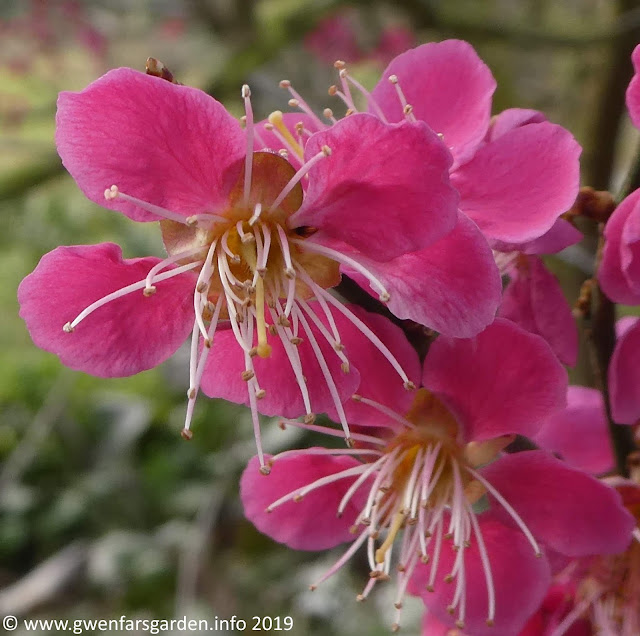 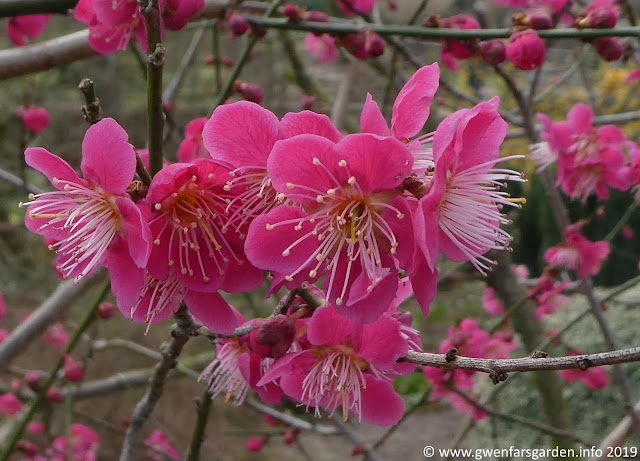 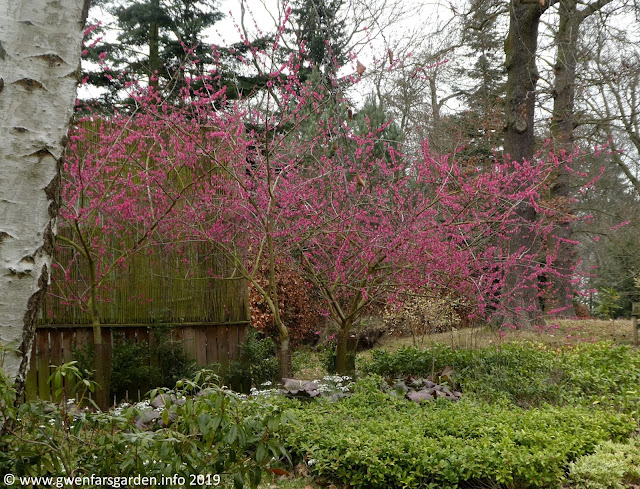 Winter flowering honeysuckle, such as the shrub Lonicera fragrantissima, which is indeed incredibly fragrant. 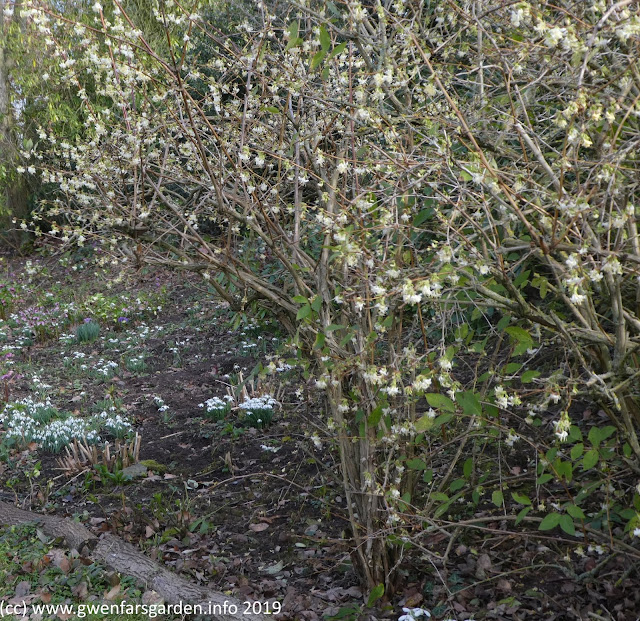 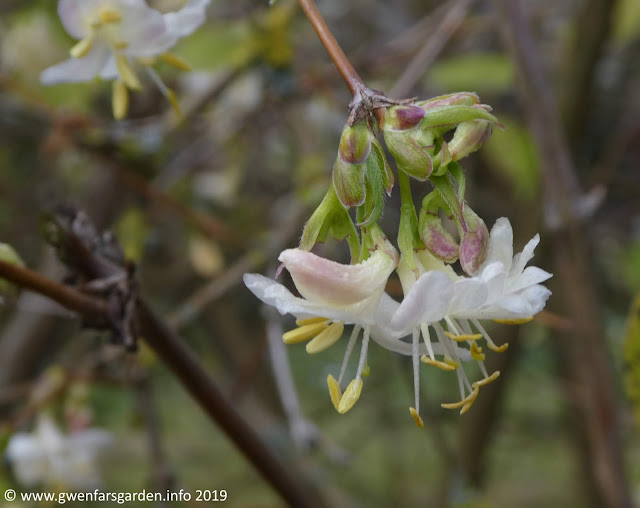 Winter aconite, Eranthis hyemalis, which seems to prefer neutral to alkaline soil. I found it can flower on acid soil, but is less likely. 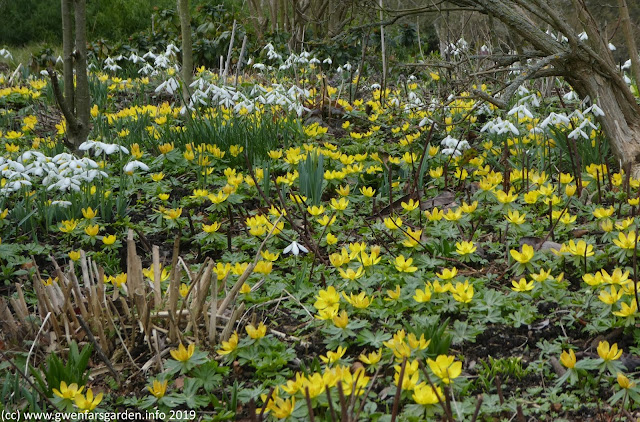 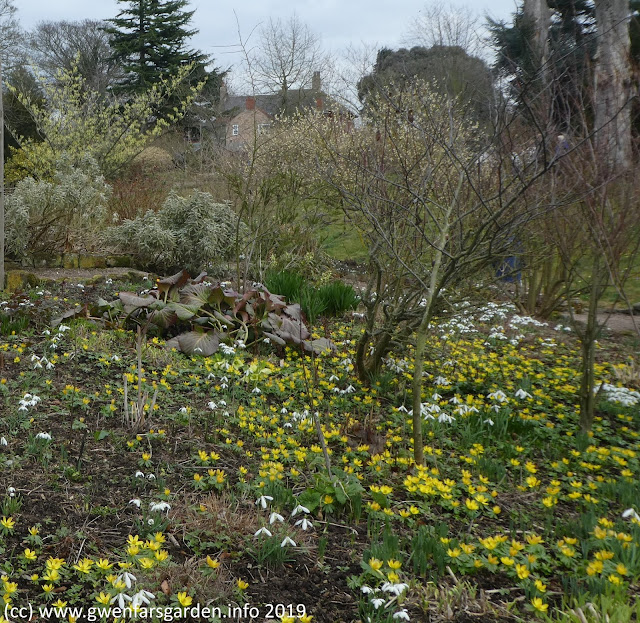 Hellebores, which in fact flower all through mild winters. 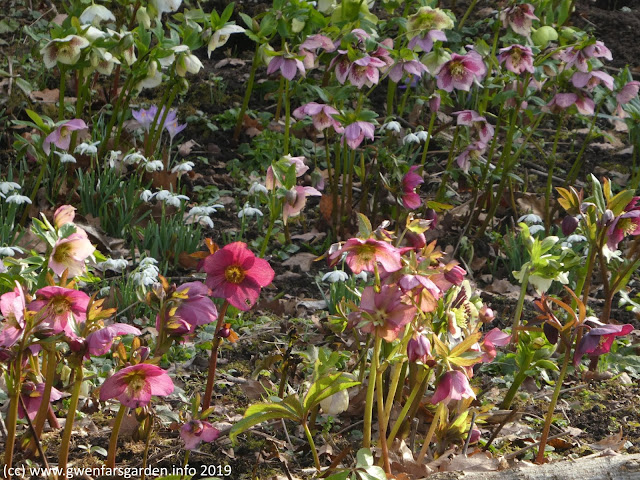 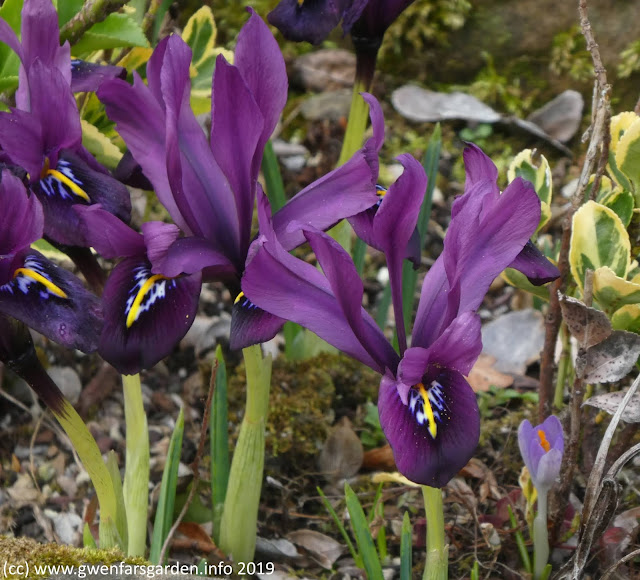 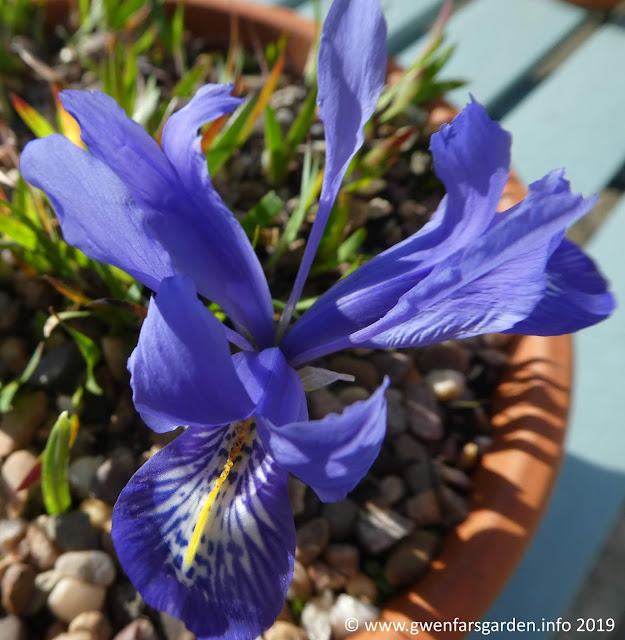 Sarcococca, also known as sweet box or Christmas box, another wonderful winter fragrant shrub. The first is Sarcococca confusa from Hodsock, the second is Sarcococca hookeriana var. digyna ‘Purple Stem’ from my garden. 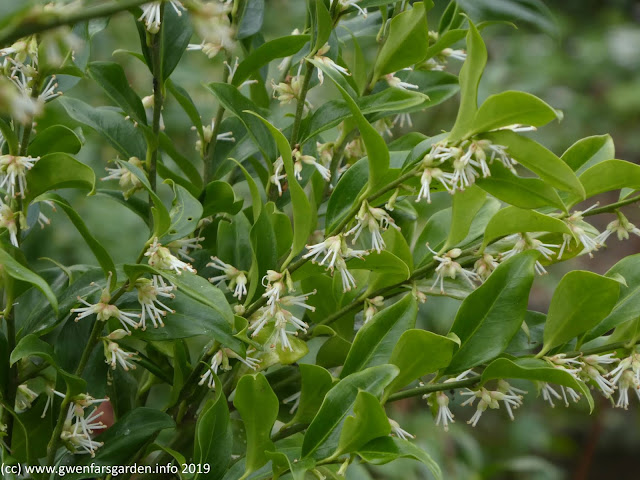 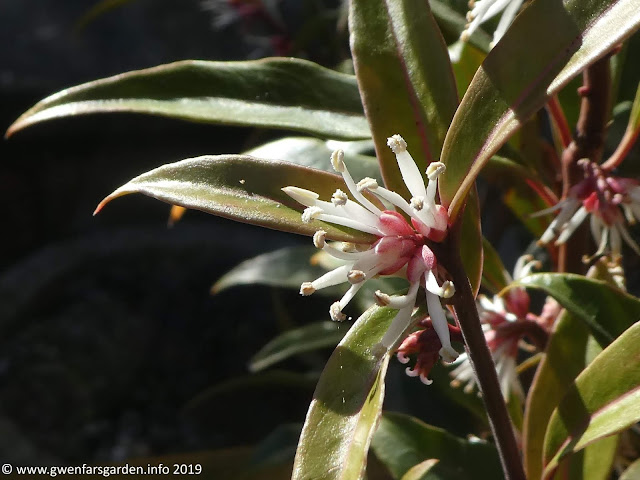 Earlier flowering crocuses, such as the purple one below from Hodsock, probably a C. tommasinianus variety, and Crocus ‘Gipsy Girl’ from my garden. 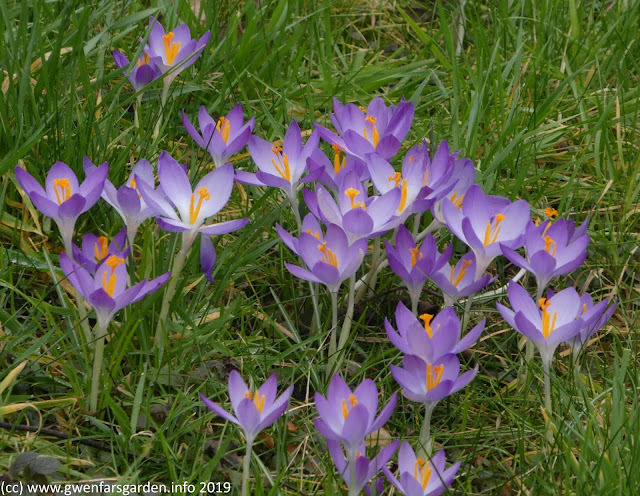 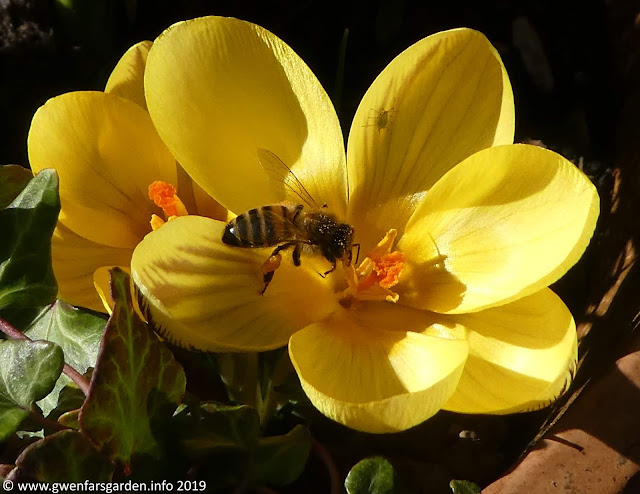 Cyclamen, which flowered in February during last years hard winter. 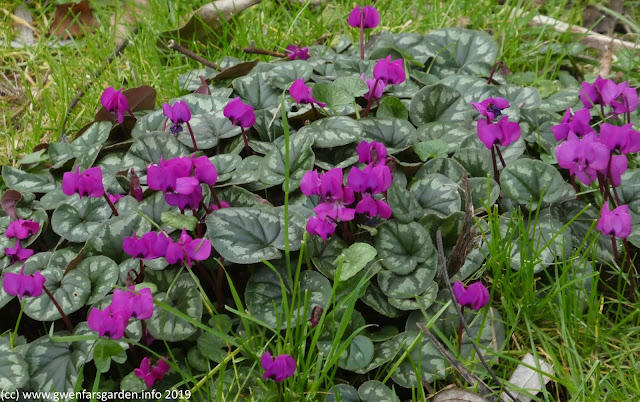 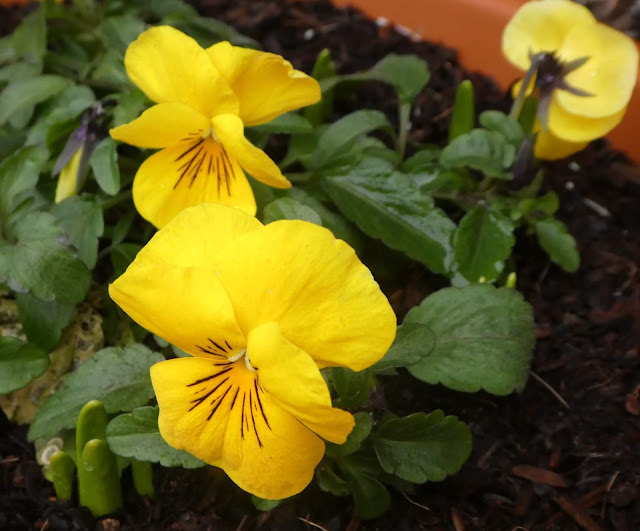 And of course, Daffodils, seen here in front of Hodsock Priory itself. 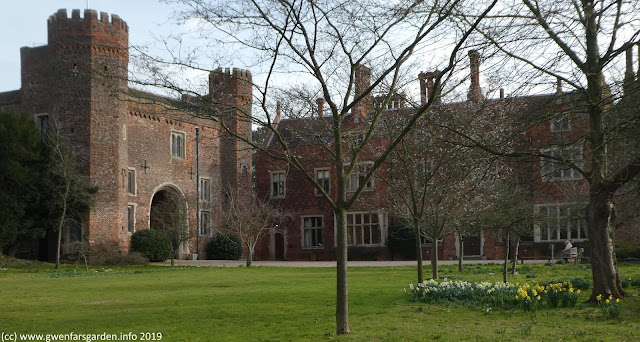 Other plants to add not listed above: Clematis cirrhosa Freckles, which flowers throughout winter, and Mahonia, Willow, Muscari, and Camelias.
Are any of these late winter flowering plants new to you? Do you have any to add to this list? Leave your thoughts in the comments below.
* * * * *

Update 21st Feb: Pauline (below) has also suggested the following – chaenomeles, anemone blanda, scilla sibirica, erica, iris unguicularis, primroses and camellia. Which reminds me that another factor may be where you live. So the further south, the more plants that will be available to pollinators in late winter, whereas this will reduce the further north you go.

8 thoughts on “Plants for pollinators in late Winter”