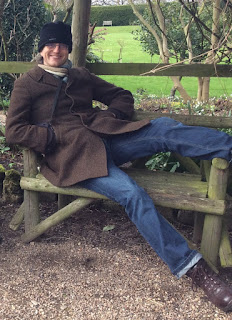 It’s hard to find the words. They have been stuck inside me for weeks. But I need to say it, to write it down. One of the dearest people in the world to me, has died.

J-P Stacey was one of the kindest, cleverest and funniest people I’ve ever known. He, along with his partner Kate, were two of Kevin’s and my closest friends. But J-P died suddenly, unexpectedly at 40, a few weeks ago. It has shaken Kevin and I to the core. I can only imagine how devastated Kate, his Welsh Rose (as named in his blog), feels.

Fellow gardeners may know J-P as Next Square Metre, the name of his blog and his gardening Twitter handle. J-P was my gardening pal. He loved, was addicted to, plants and gardens, as I am. When we first met I had been gardening for longer than he, and he often asked me for advice. This quickly became mutual, as J-P was a quick study and his passion for learning about plants and gardening knew no bounds, and I soon was asking him just as many questions in return.

We enjoyed visiting gardens together and discussing design, varieties of both ornamentals and edibles, looking out for ideas that might suit our gardens. We had so many gardens we wanted to see. We kept trying to plan to go to Harlow Carr, but somehow we hadn’t fit it in. Life got in the way. Now we can never fit it in.

We did go to local Hardy Plant Society talks, purchased more plants. There was a lot of plant-loving going on. As my ME got worse, J-P helped me out in my garden, even though he had his own garden as a work-in-progress. He also offered his skills and time to a local community garden, and the Friends of Sheaf Valley Park.

In fact, J-P was genuinely kind and thoughtful person. When you spoke with him, he listened. He would often pause before replying, as he thought over what you had said, and responded with understanding and thoughtfulness. He was an ally to feminism, people of colour, trans and other ‘minority’ groups, challenging and calling out sexism, racism and transphobia where he saw it. As a friend, he was always there for me. As Kevin has needed to travel to Australia for his dad a couple of times this year, it was J-P (and Kate) who helped me out when the ME made it difficult for me to manage. I believe we were there for each other, in good times as well as difficult ones. But we cannot be there for each other anymore.

And bloody hell, J-P was funny. The problem is, how do I capture his humour in words? Because the humour was contextual, you really had to be there. Maybe it’s enough that I remember how much he made me laugh?

He was also clever, but he wore it lightly. I find pronouncing Latin names for plants difficult, and J-P became my Latin pronunciation wiki. Yet he never once made me feel stupid (like some others had done), instead he encouraged me and reminded me that we don’t truly know how the Romans may have pronounced Latin anyway. He was also clever in many non-gardening ways, though my knowledge of Drupal* is limited to ‘something J-P programmed in’. He used his knowledge for good, whether it was assisting others working on programmes to help refugees in Sheffield, campaigning on climate issues, or challenging toxic masculinity. And he would write the most incisive comments in 140 characters on late-stage capitalism that you have ever read.

J-P was someone I could trust and rely upon, as a friend, as an ally, as a fellow gardener. However, these words are inadequate, and don’t truly capture the depth of loss that I feel. I just cannot find the words, the proper words, to show just how much J-P meant to me. The words are lost to me, like J-P.

I don’t know how to say goodbye to J-P yet. So I want to close with an oddly prescient poem (a villanelle, no less) that J-P composed and published on his blog a couple of weeks before he died. I wanted to cross-publish it here, so it won’t be lost when his blog closes. Inspired by a short tweet with photos of his garden by a fellow gardener, Darren Lakin, Before the rain and darkness fell:

The apple, quince, pear, muscatel
Made show of all the fruit they bear
Before the rain and darkness fell

On this rich beauty did we dwell
We took our time, to stand and stare
We worried not and thought things well

We gazed at flowers, and smelled their smell
To ward off chills in autumn air
Before the rain and darkness fell

But now we do not dare to dwell
On how, when we were unware
Before the rain and darkness fell
We worried not and thought things well 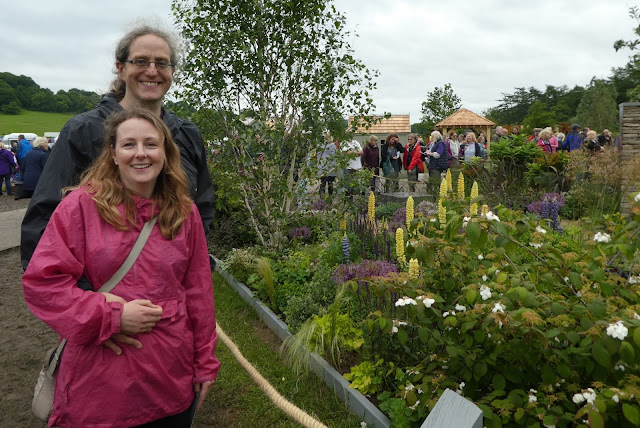 *See a post by Tom Dyson, a work colleague of J-P’s.

2 thoughts on “In memoriam: J-P Stacey”