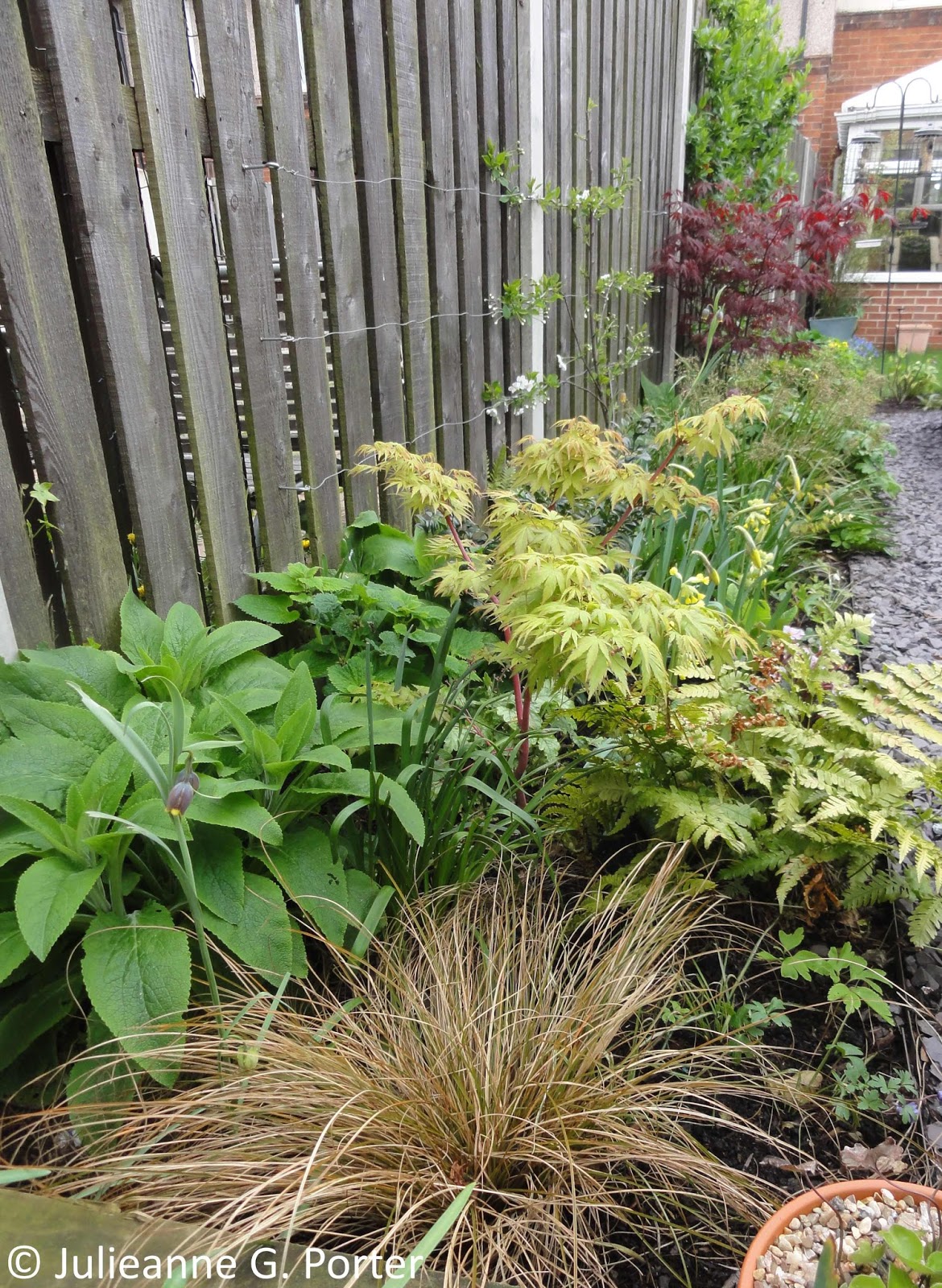 This is going to be a short on text End of Month View. My health isn’t good at the moment and I cannot be on the computer for too long, so I’m mainly posting photographs of the Long Shady Border with some brief descriptions. But mostly, I’ll let the plants do the talking 🙂 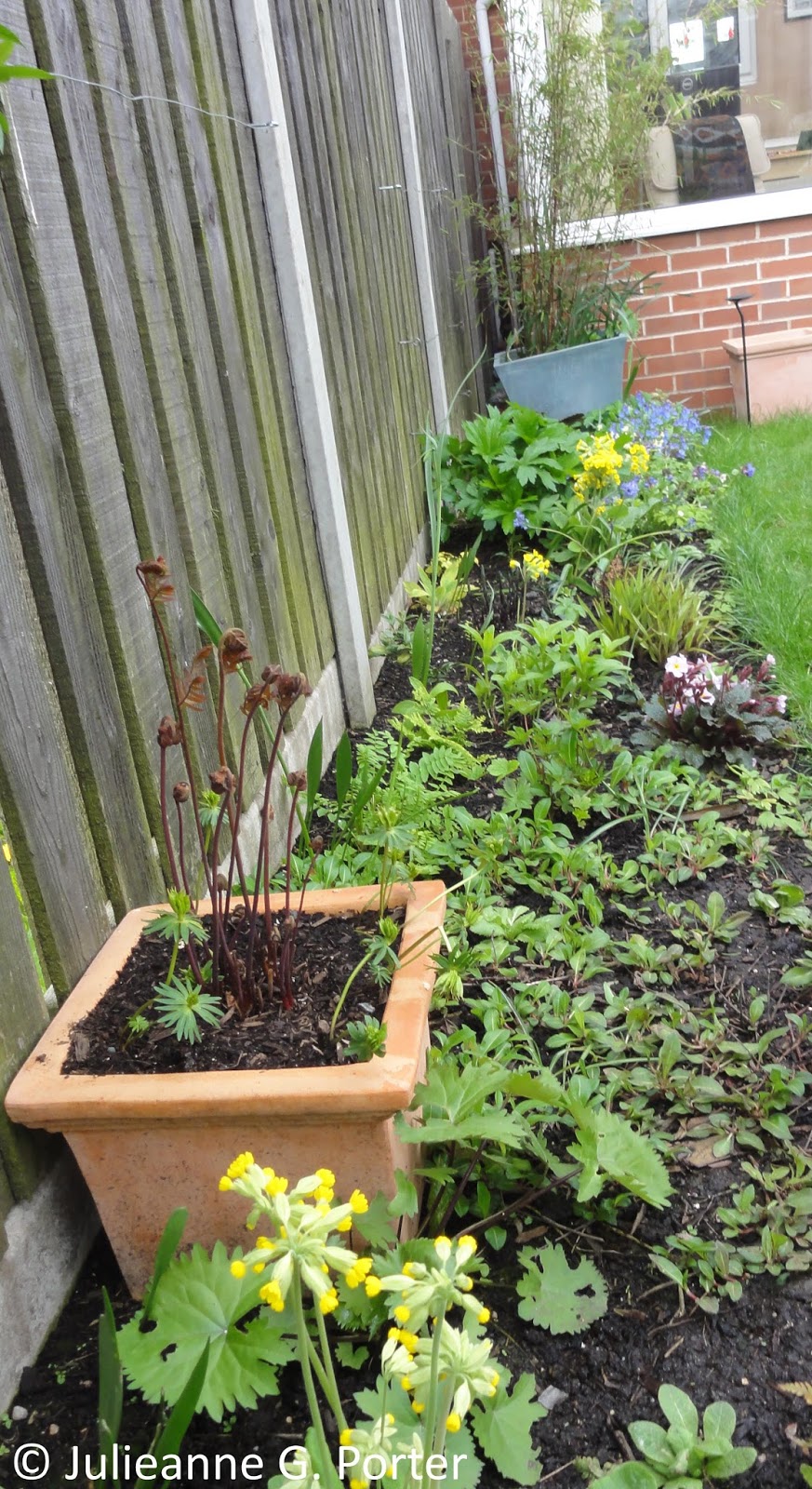 From the Bog garden looking towards the conservatory

A deciduous Epimedium that I was worried I had lost. Turns out it was just taking time to emerge. I’ll know the identity once the flowers blossom. 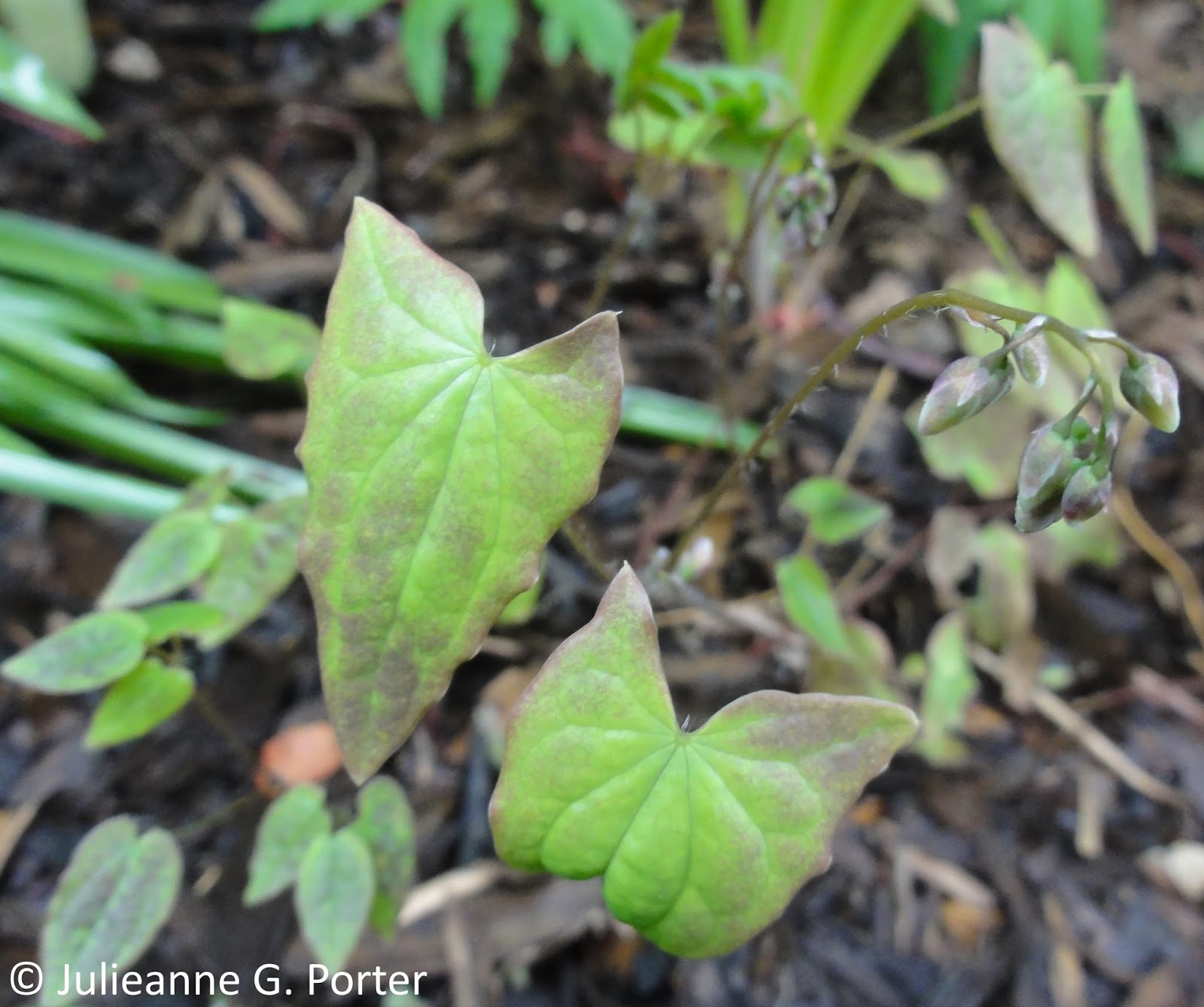 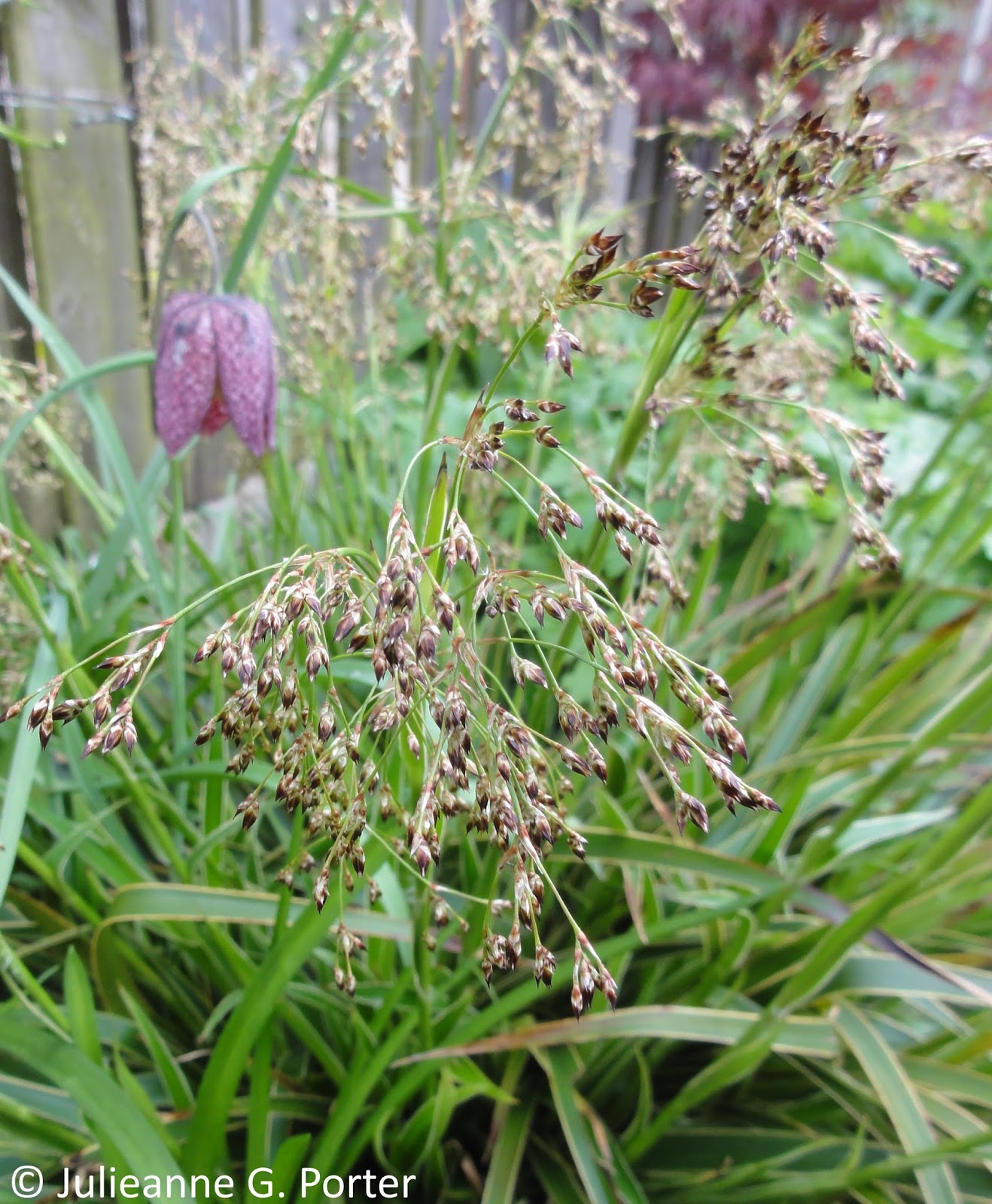 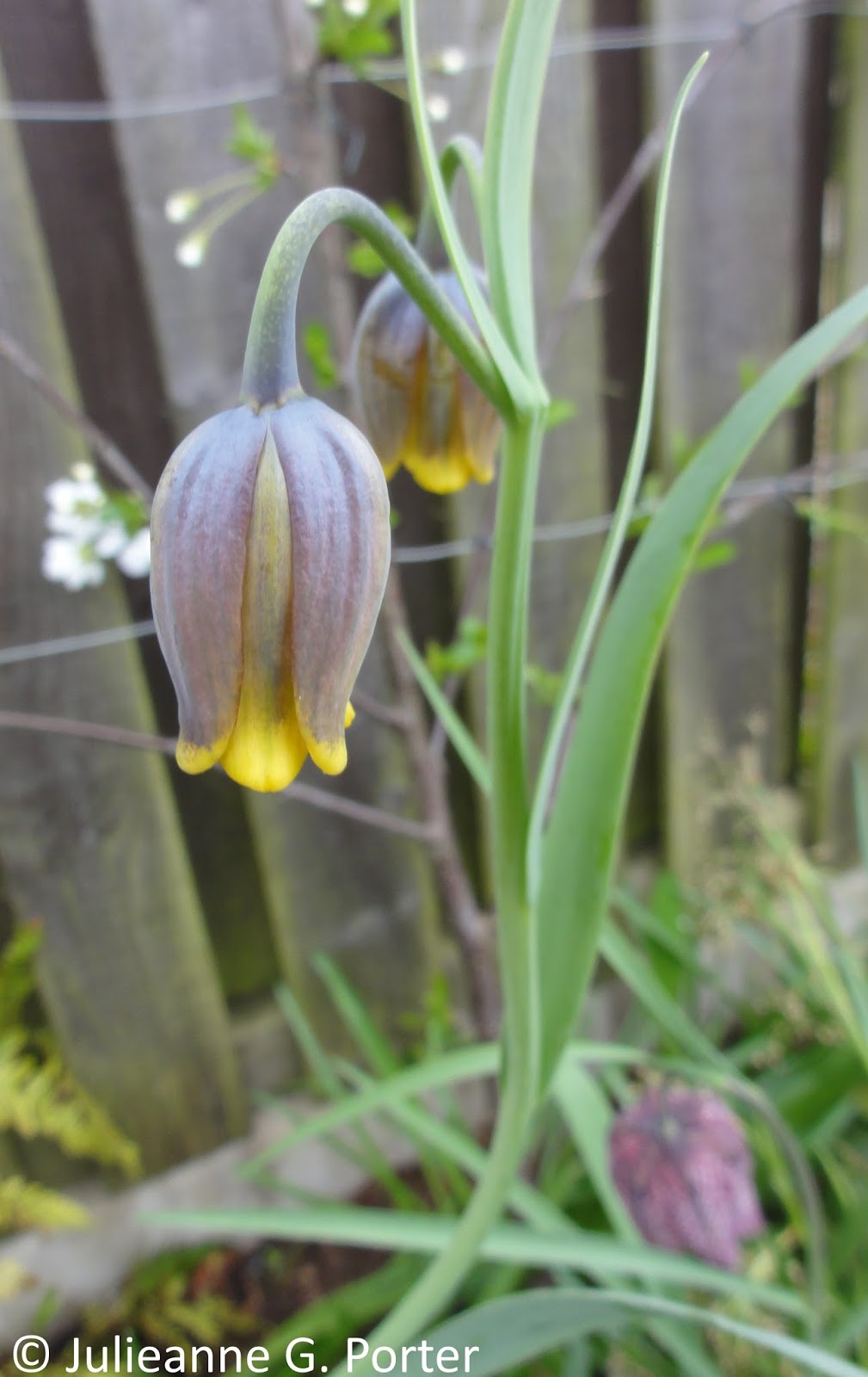 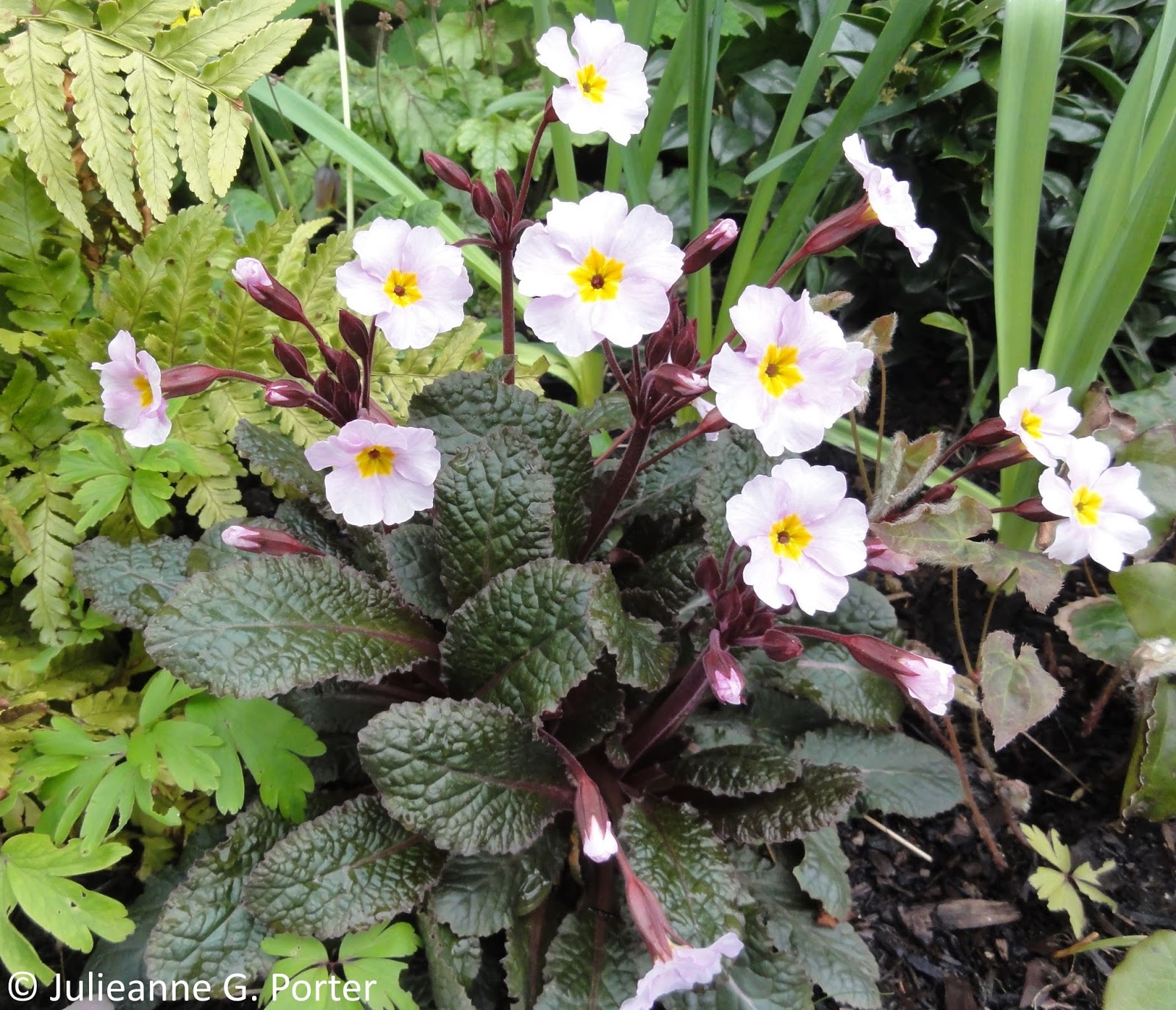 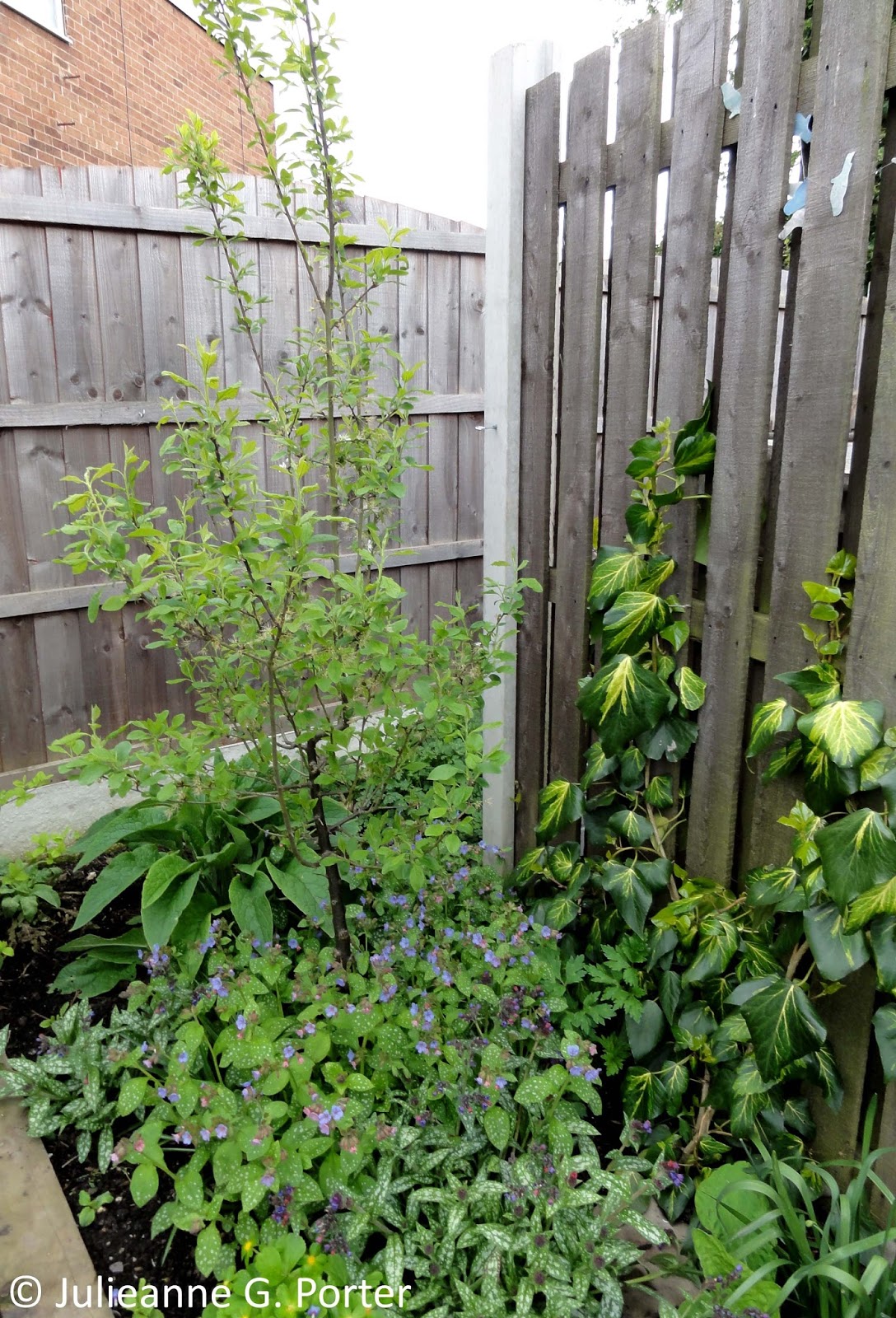 The Damson tree had lots of blossom through the month and I am hoping the pollinated blossom means fruit to eat come late summer! 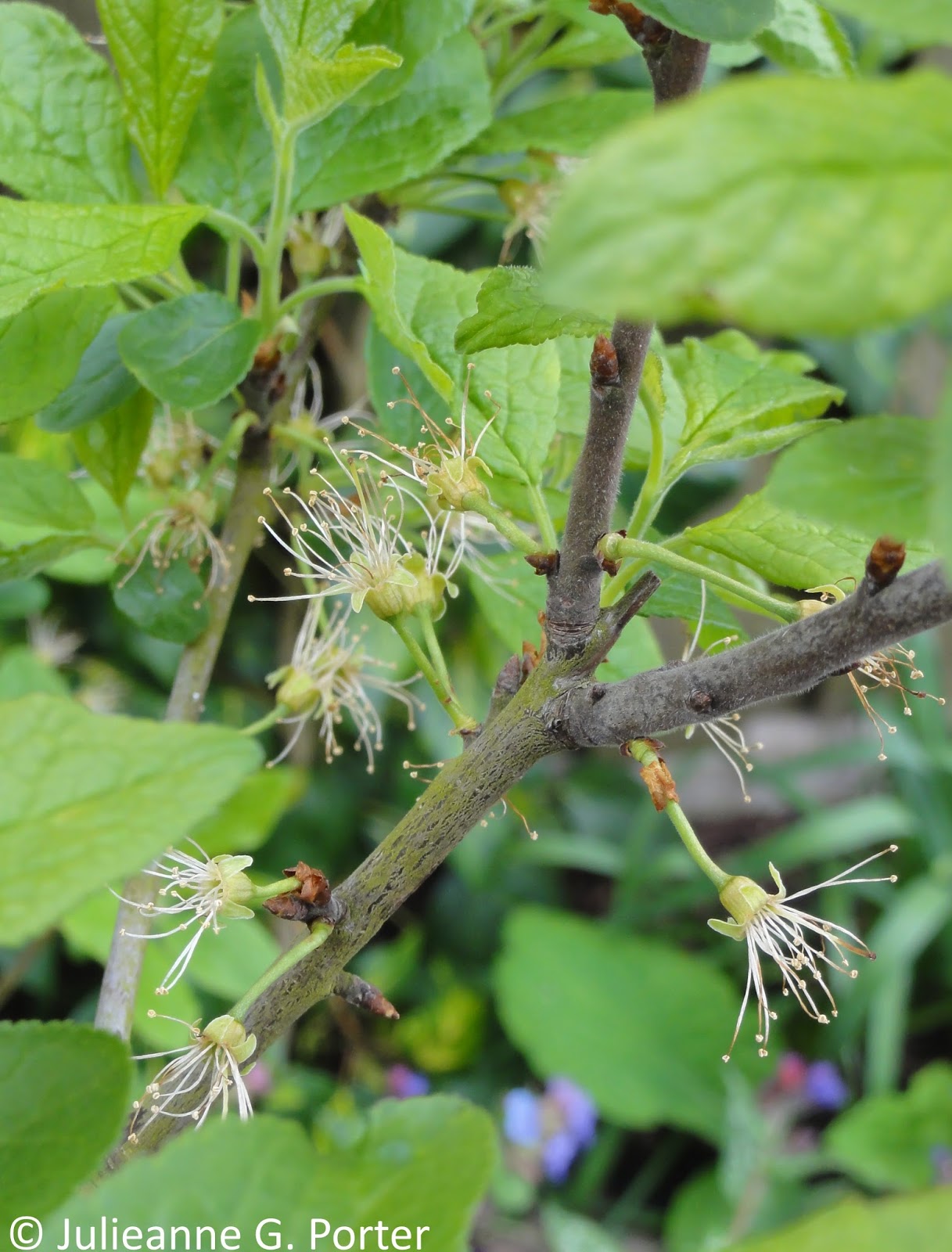 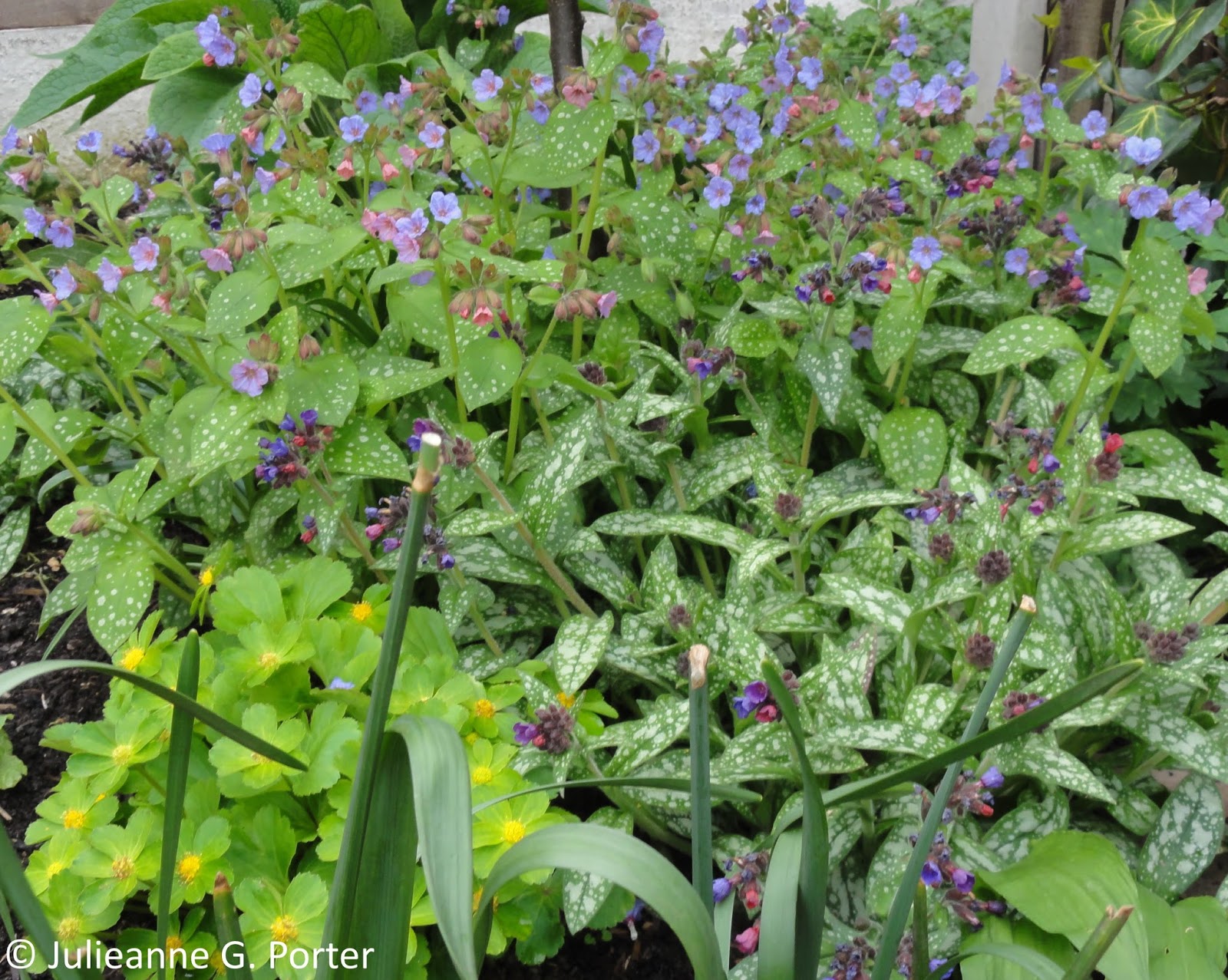 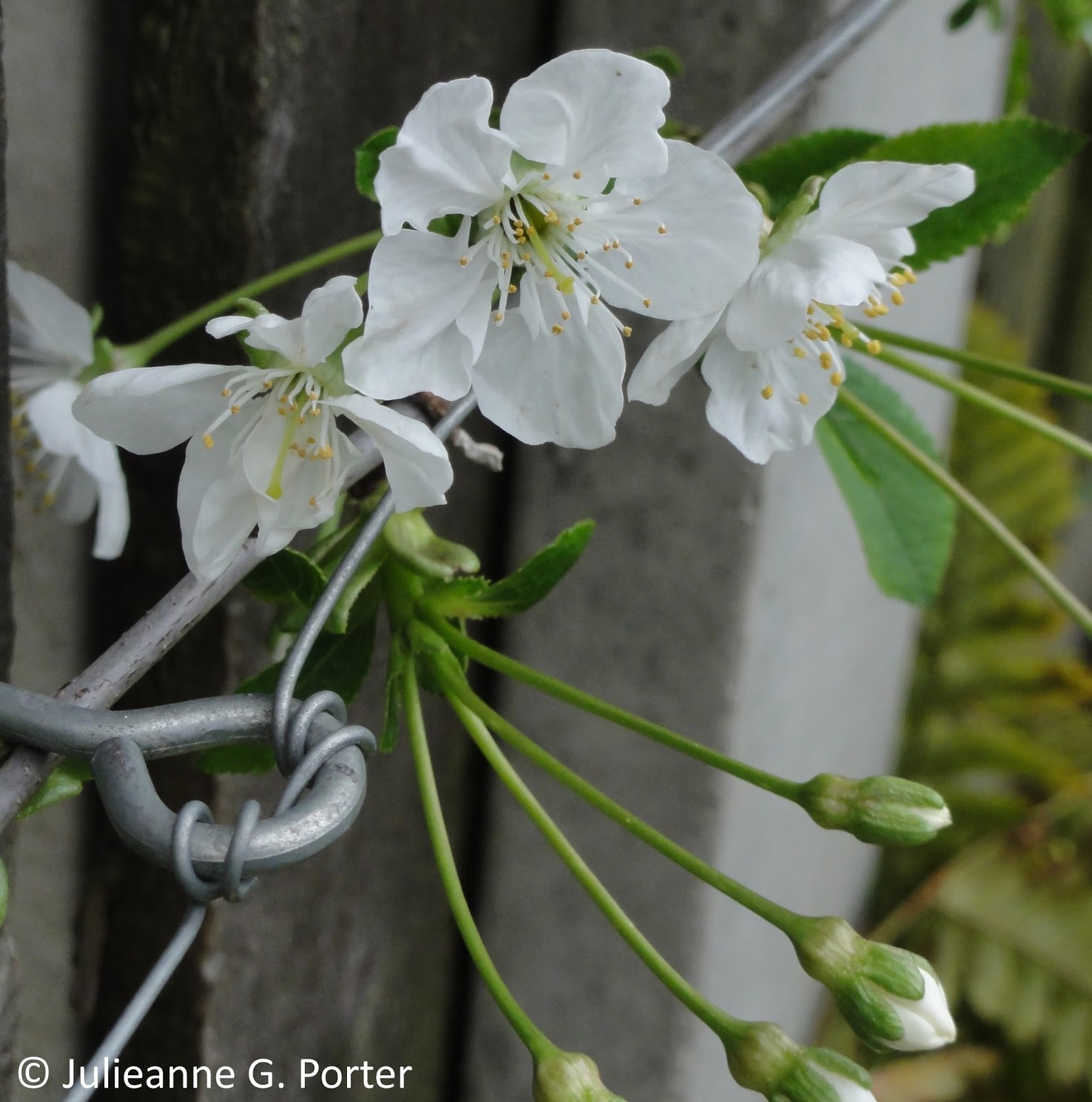 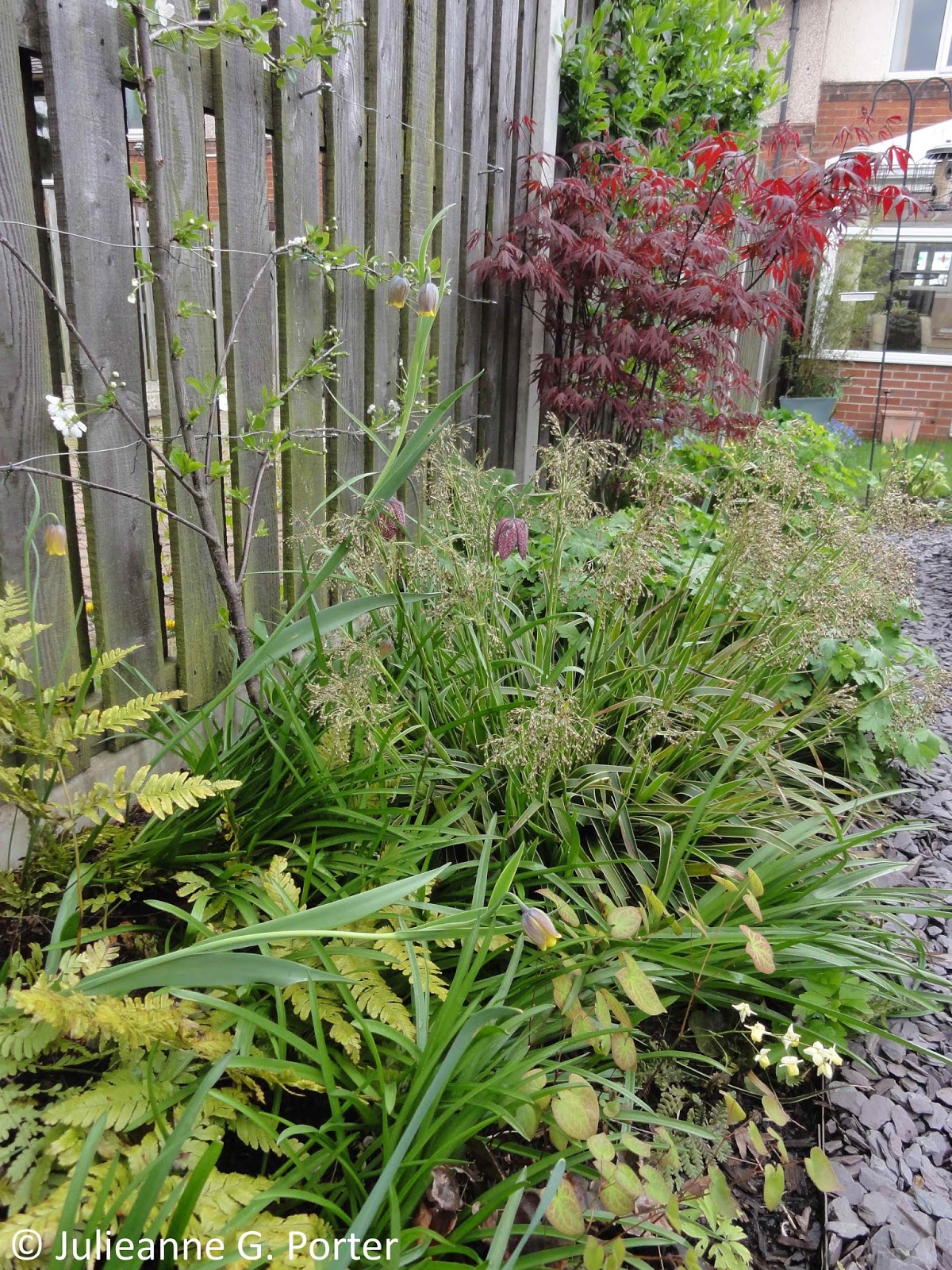 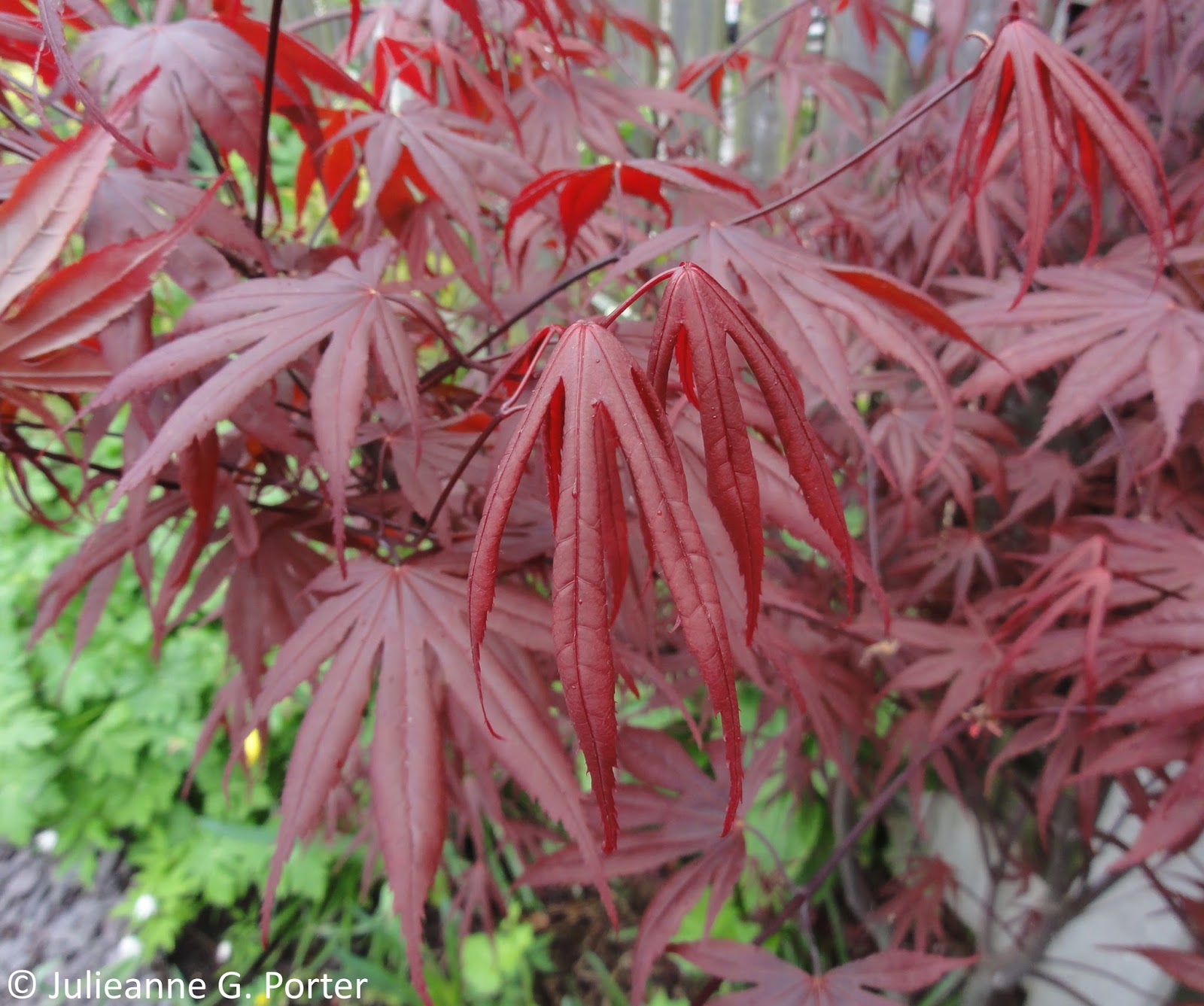 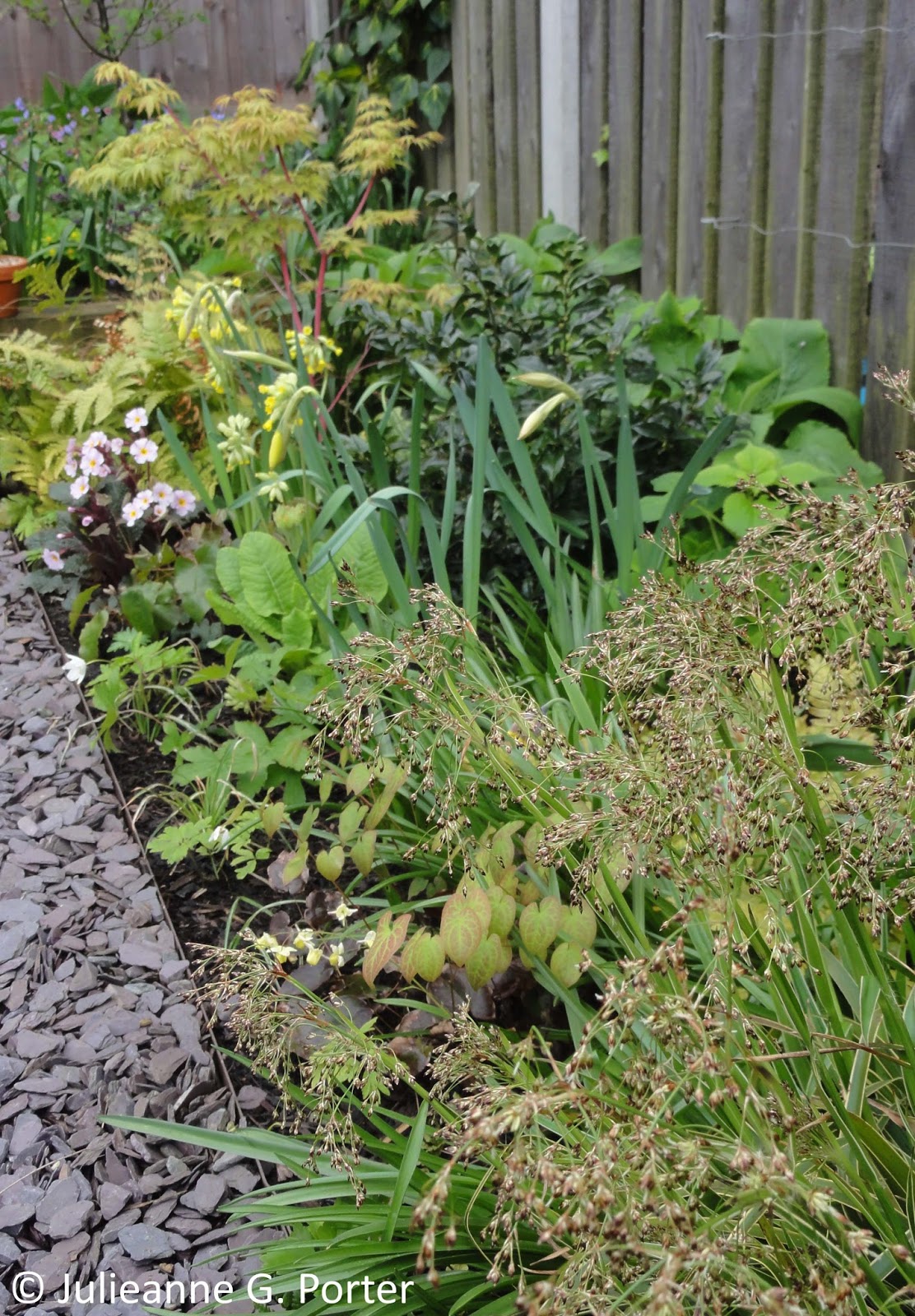 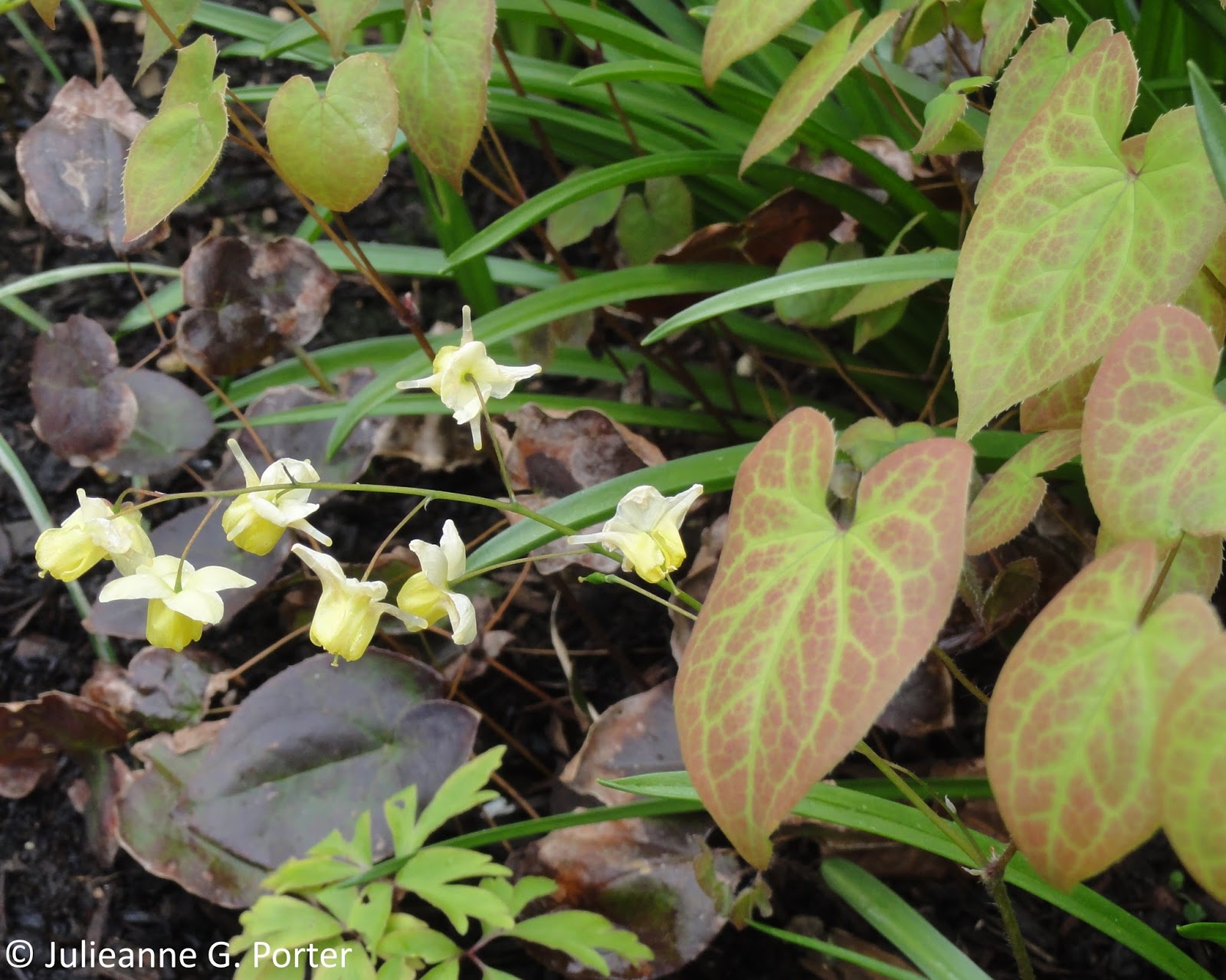 Epimedium x versicolor ‘Sulphureum’. Given how hard it is to photograph Epimedium flowers,
I didn’t think this was too bad. 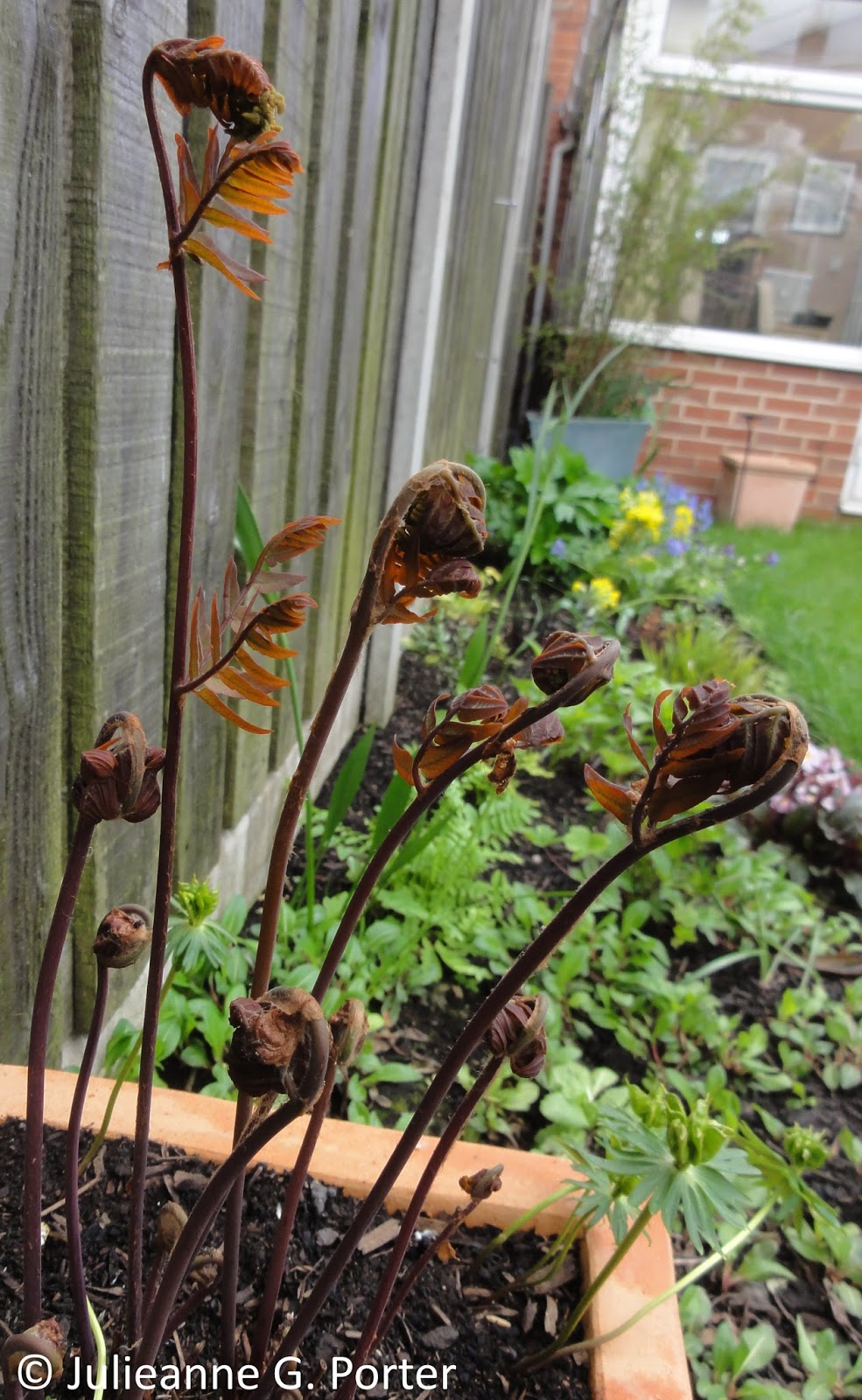 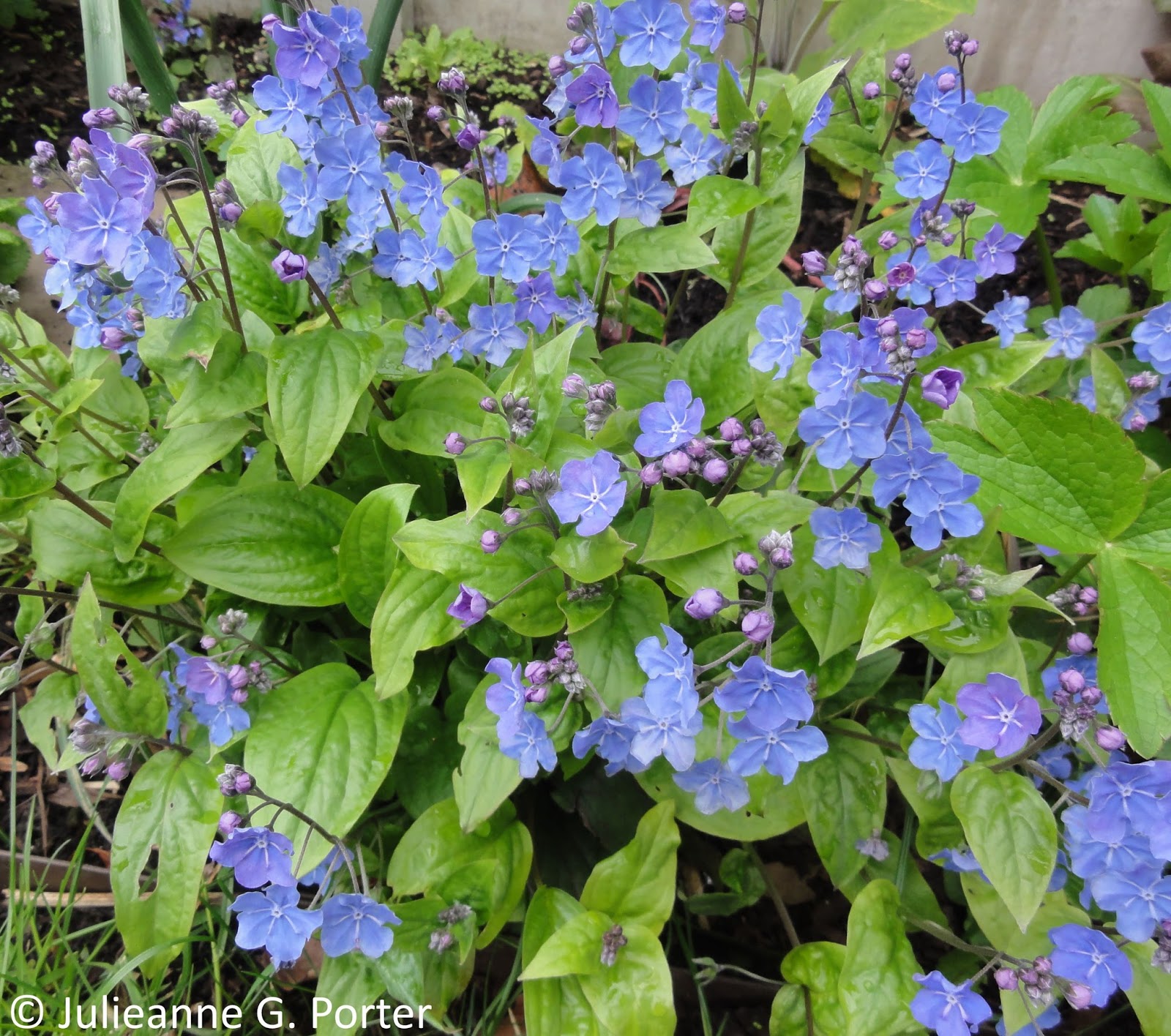 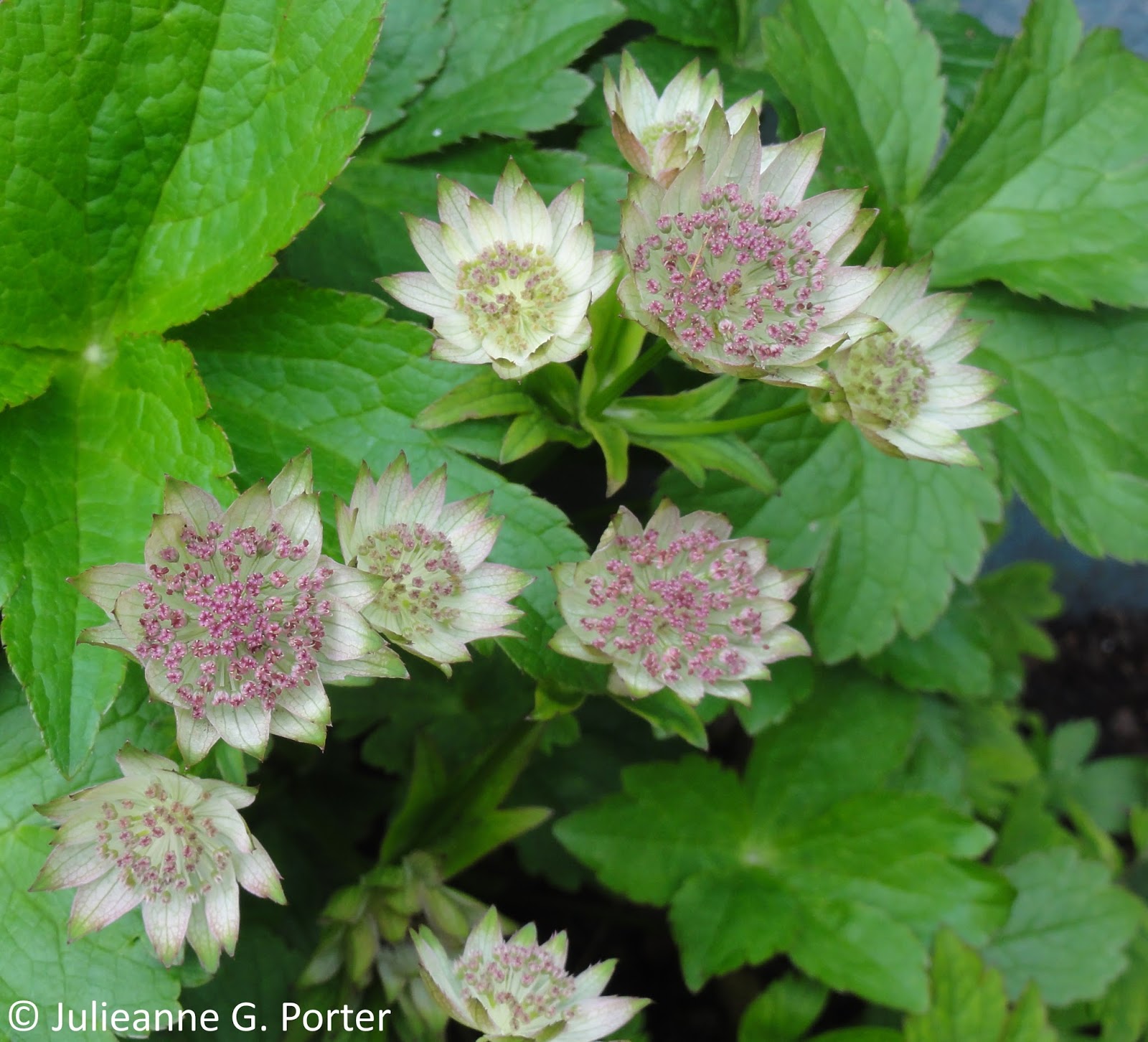 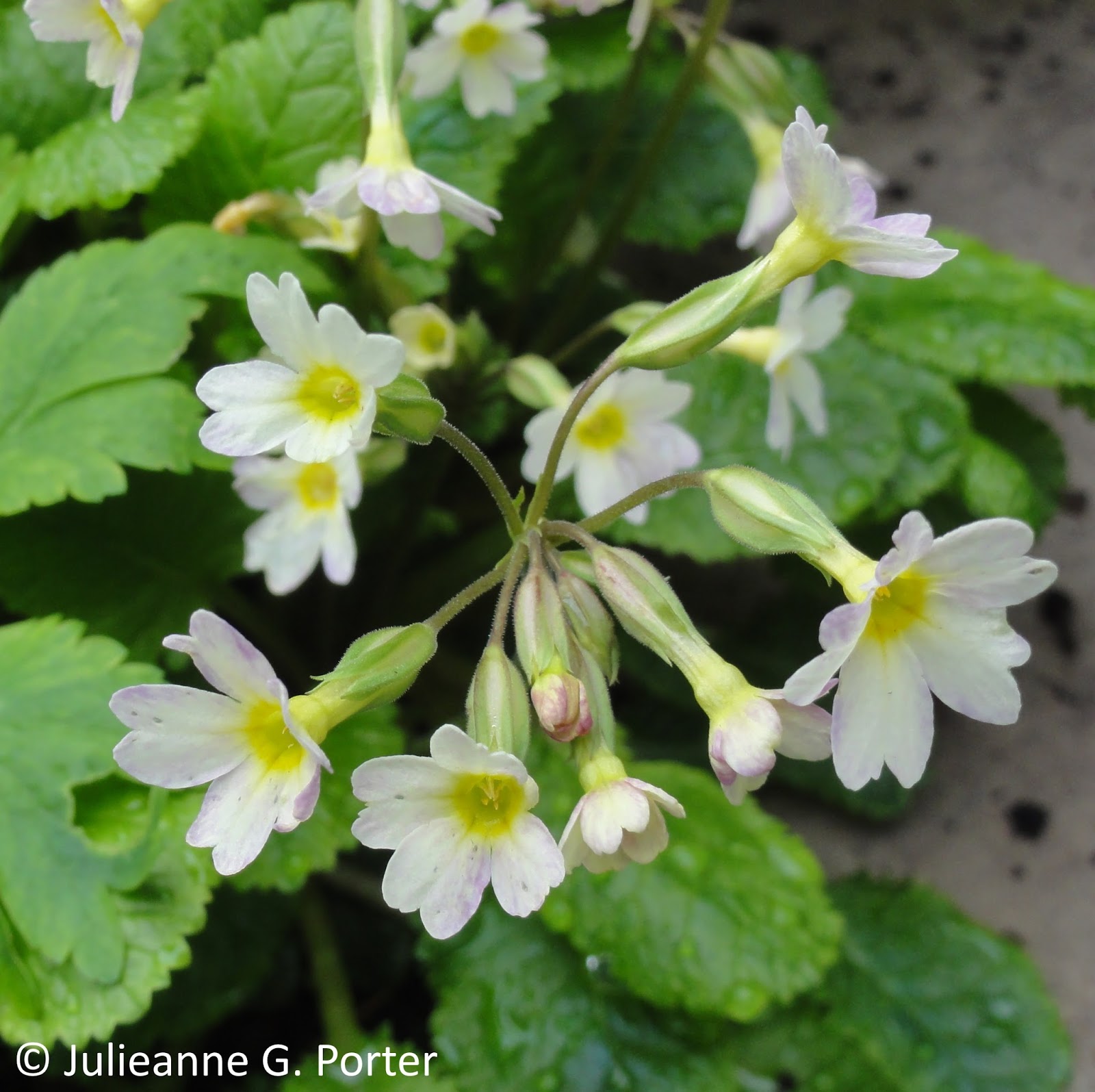 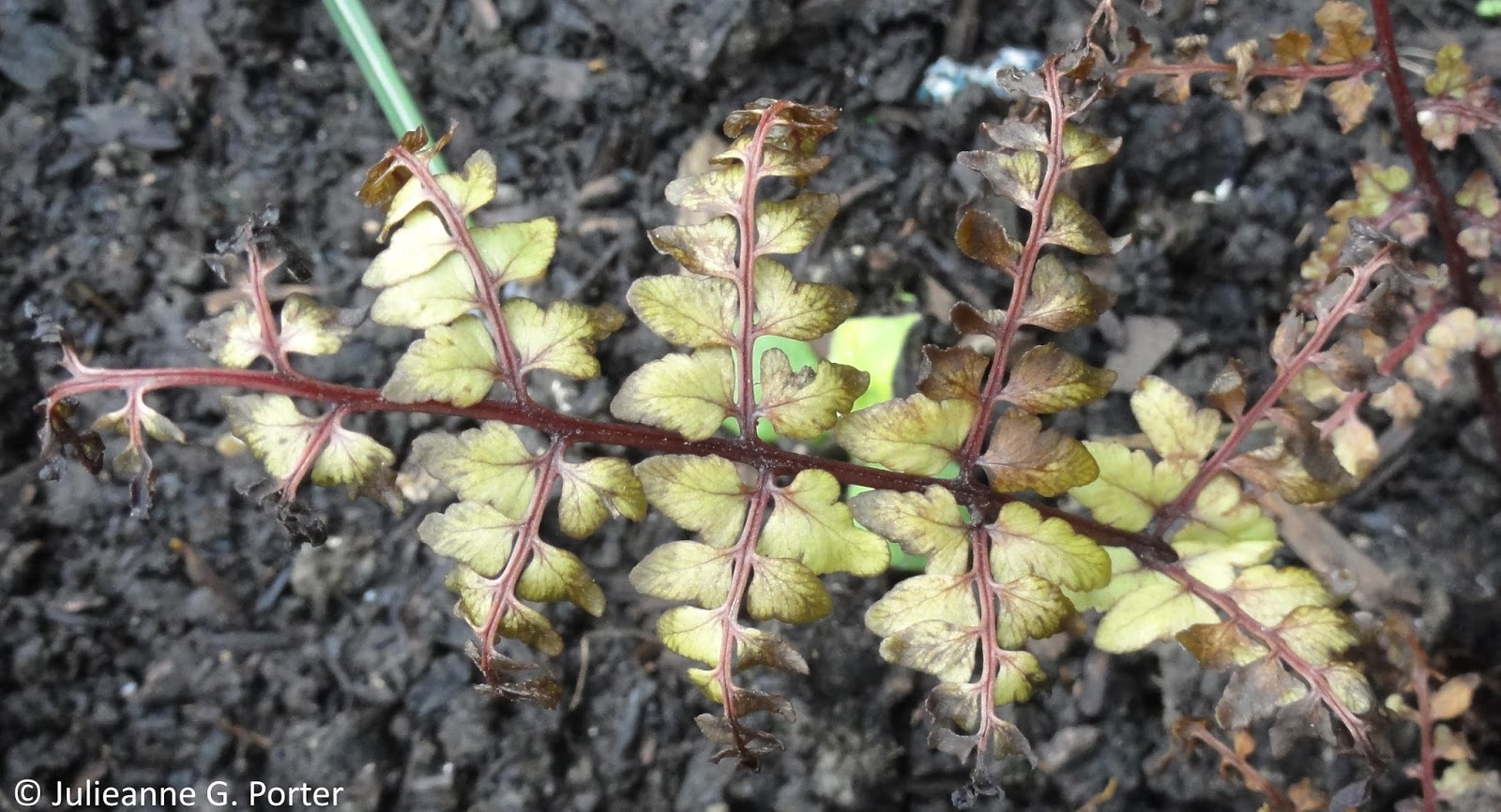 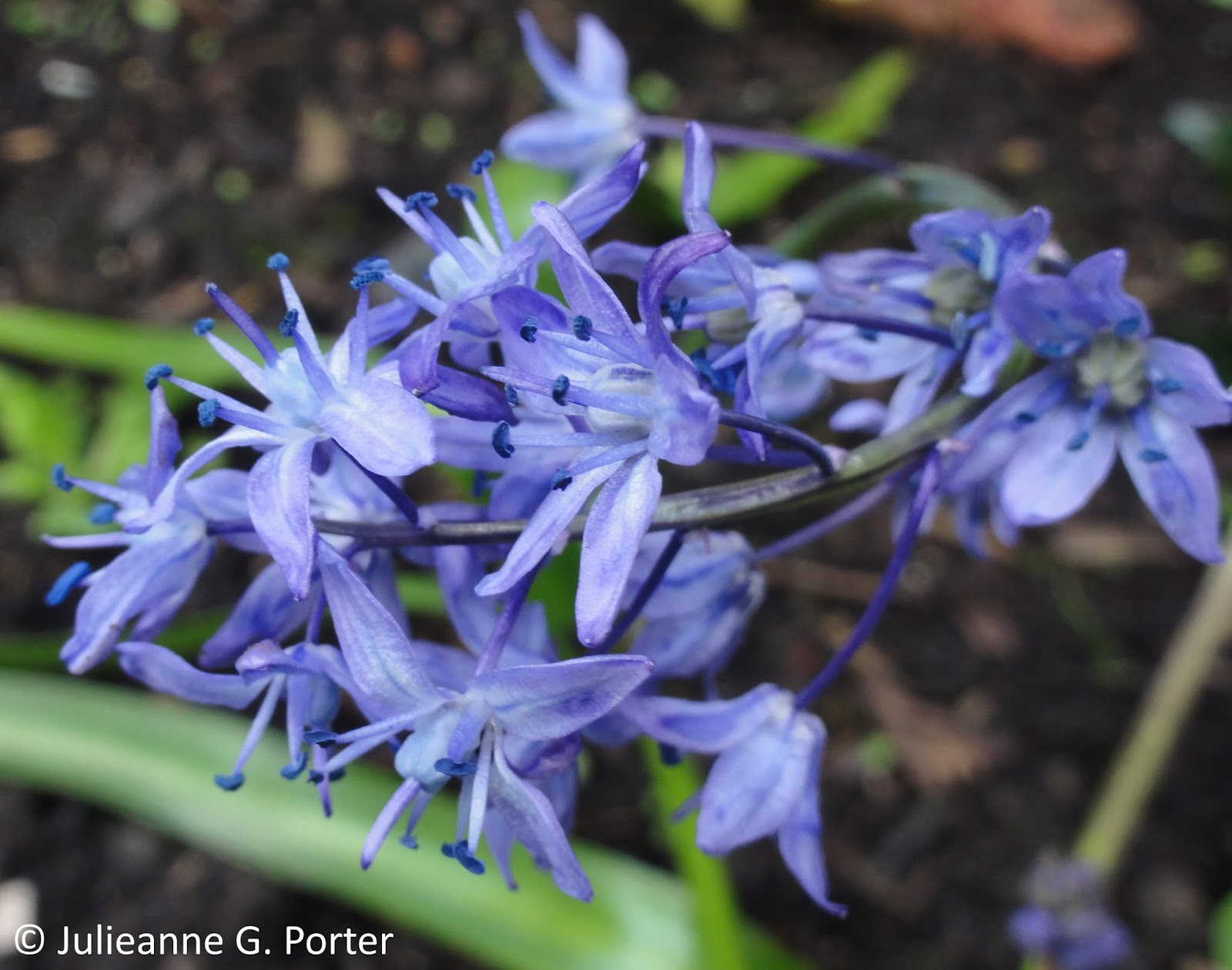 Scilla…  I’ve forgotten which one. 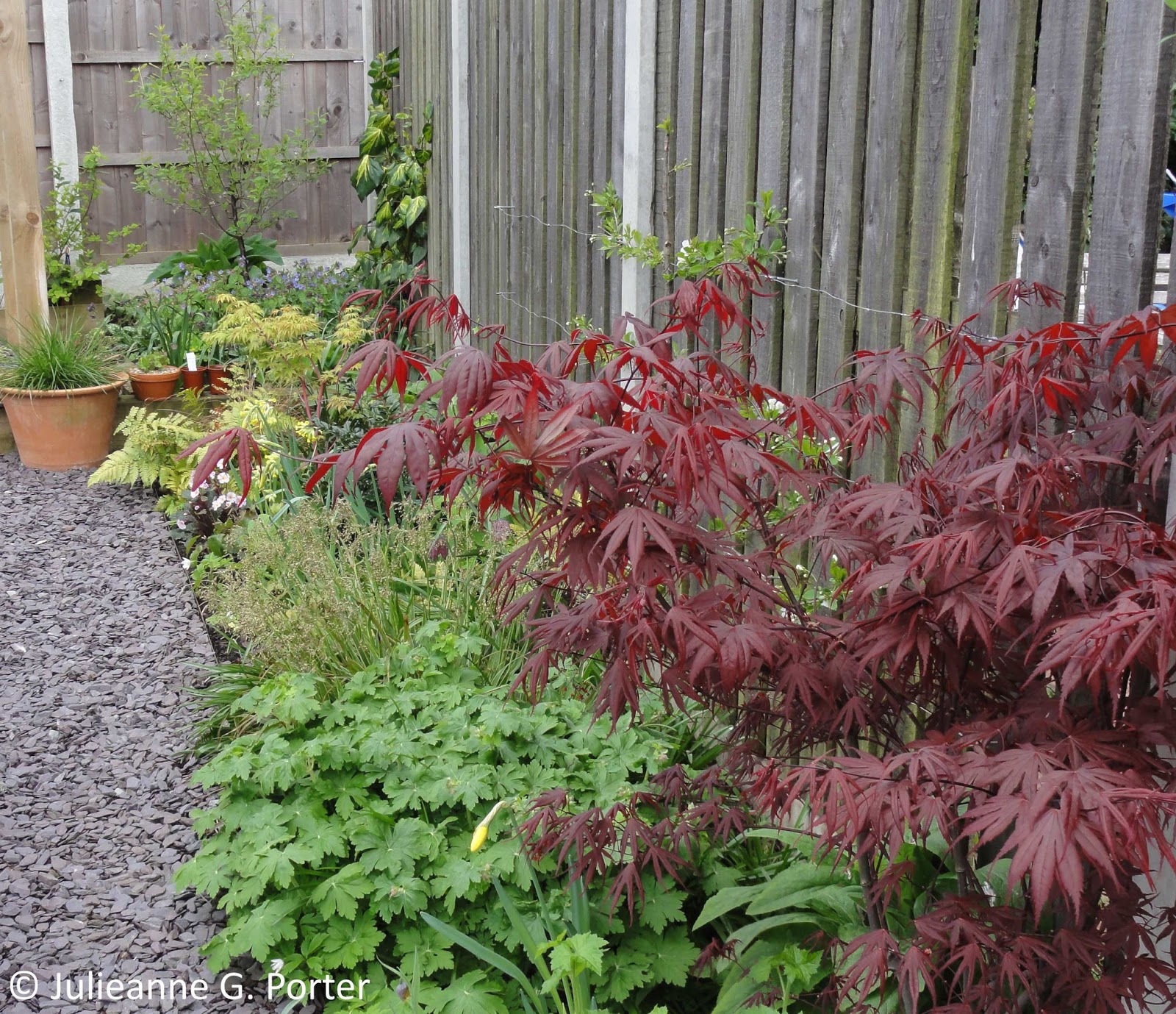 It’s still of border of two contrasts. The lusher shadier end (above) and the sparser conservatory end (below). Despite wanting to let the border grow into itself before I make further changes, I’ve come to the conclusion that a taller evergreen shrub or small tree, that doesn’t mind occasionally getting a bit wet, might be a nice addition to the conservatory end. Suggestions? 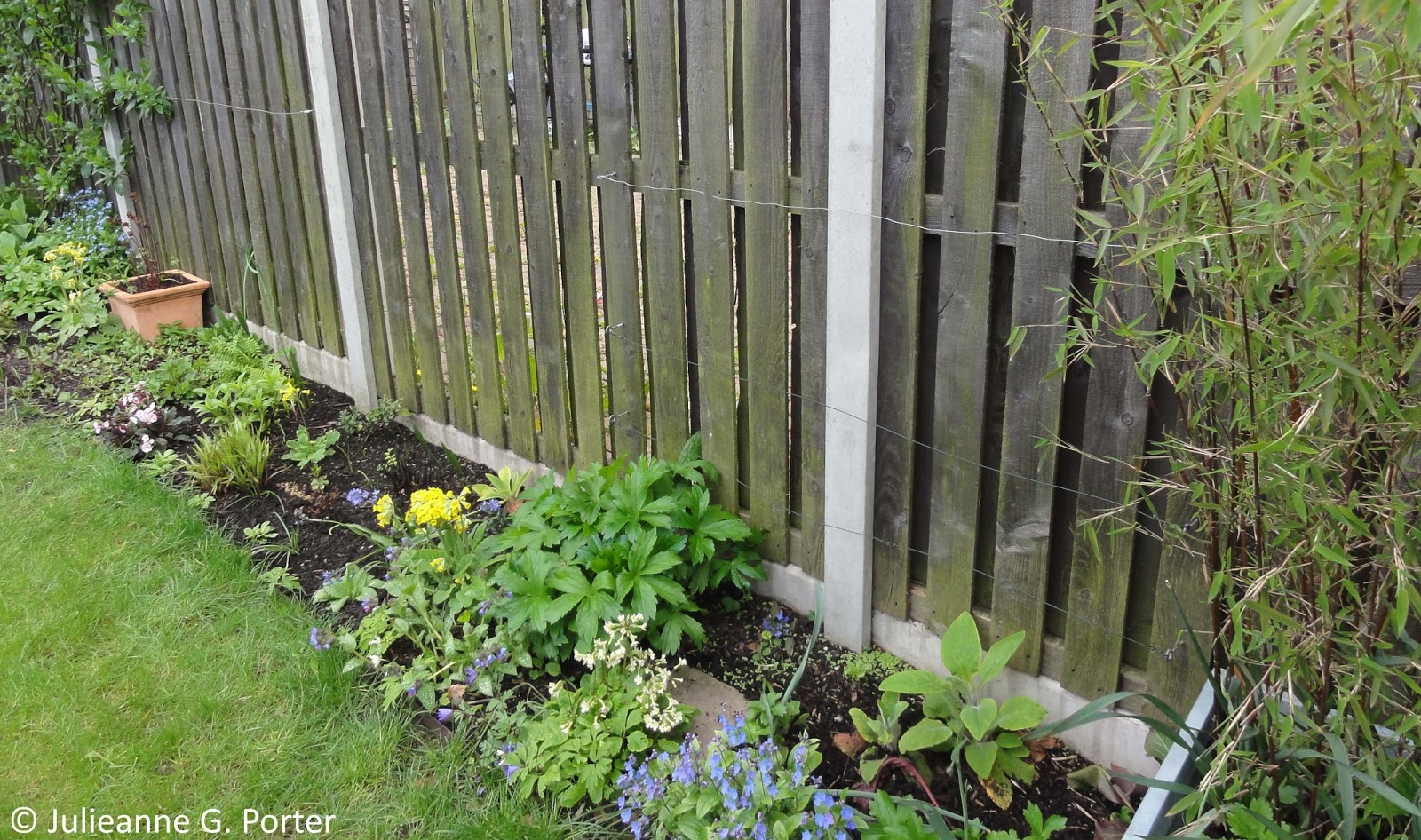 End of month view is hosted by Helen Johnstone, aka @patientgardener. Visit Helen’s blog for her April 2015 EOMV and links to other bloggers EOMV posts.