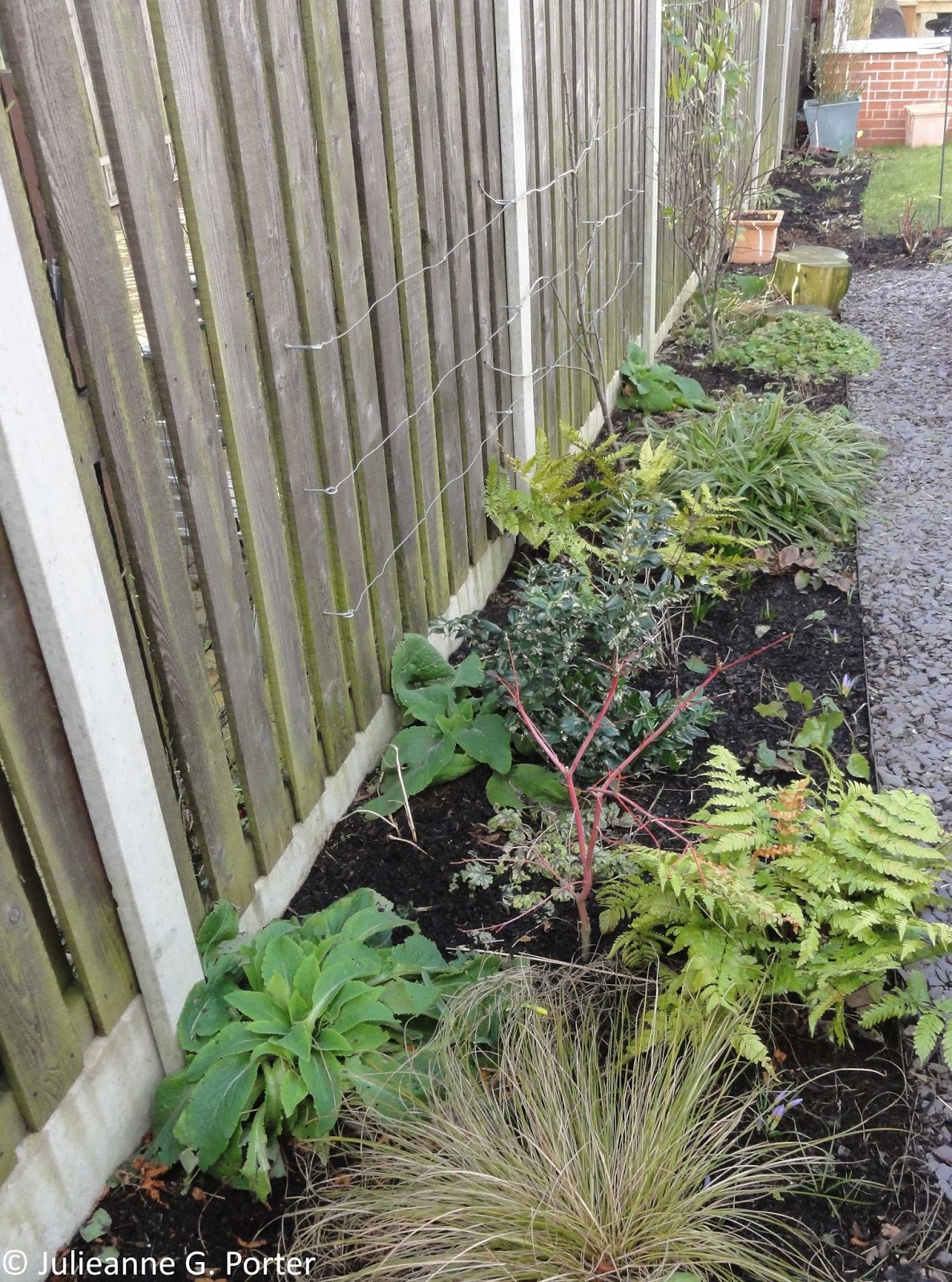 The Long Shady Border from the back

After the Long Shady Border was covered in snow at the end of January, this is the first viewing of how it is looking at the end of winter, and my thoughts on how I might develop it further. 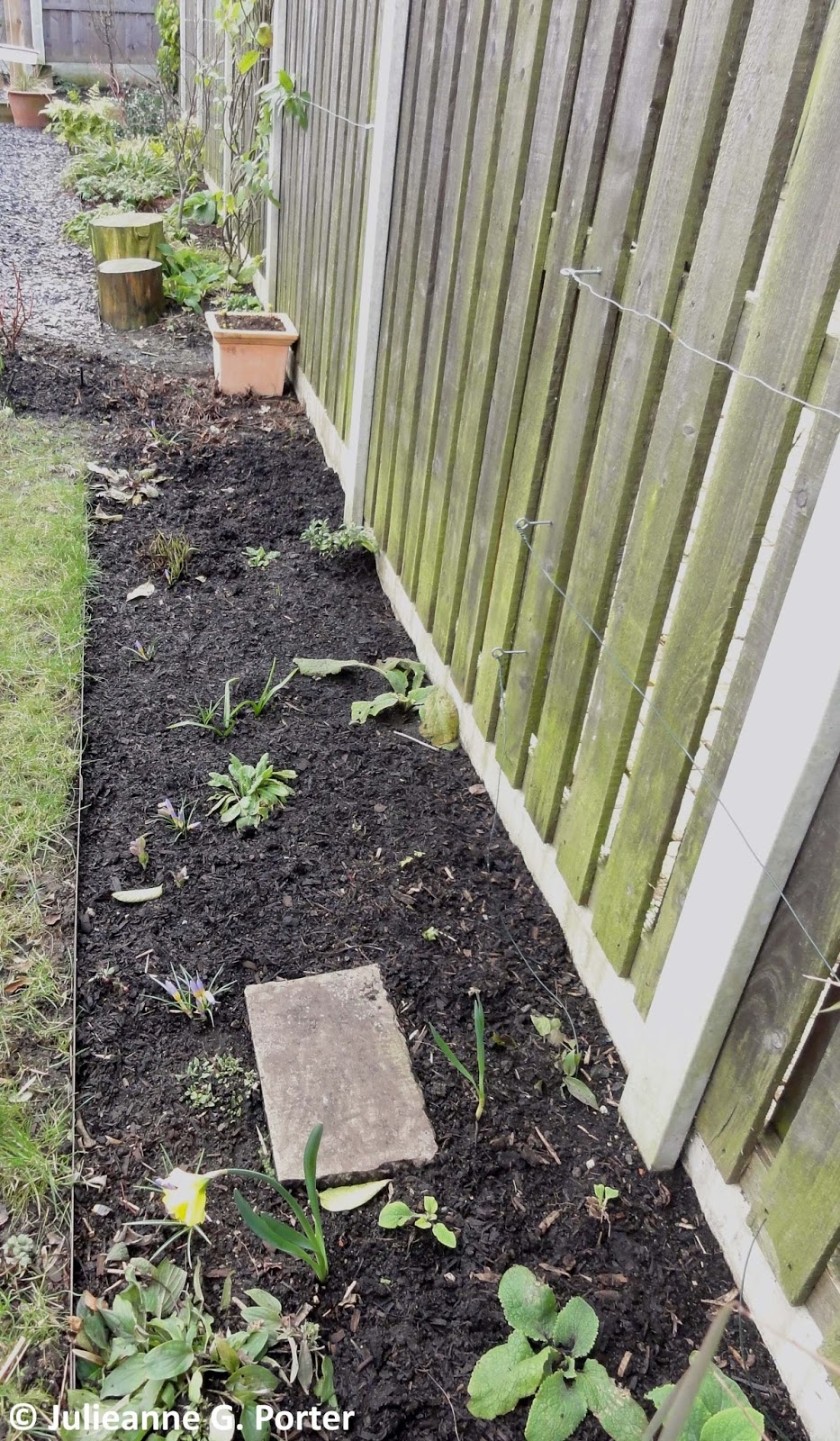 The Long Shady Border from the conservatory
As you can see from the picture above, it’s a border of two halves*, and it’s the shadier end (top photo) that is more interesting at this time of the year. This is because it has been planted with more evergreens. 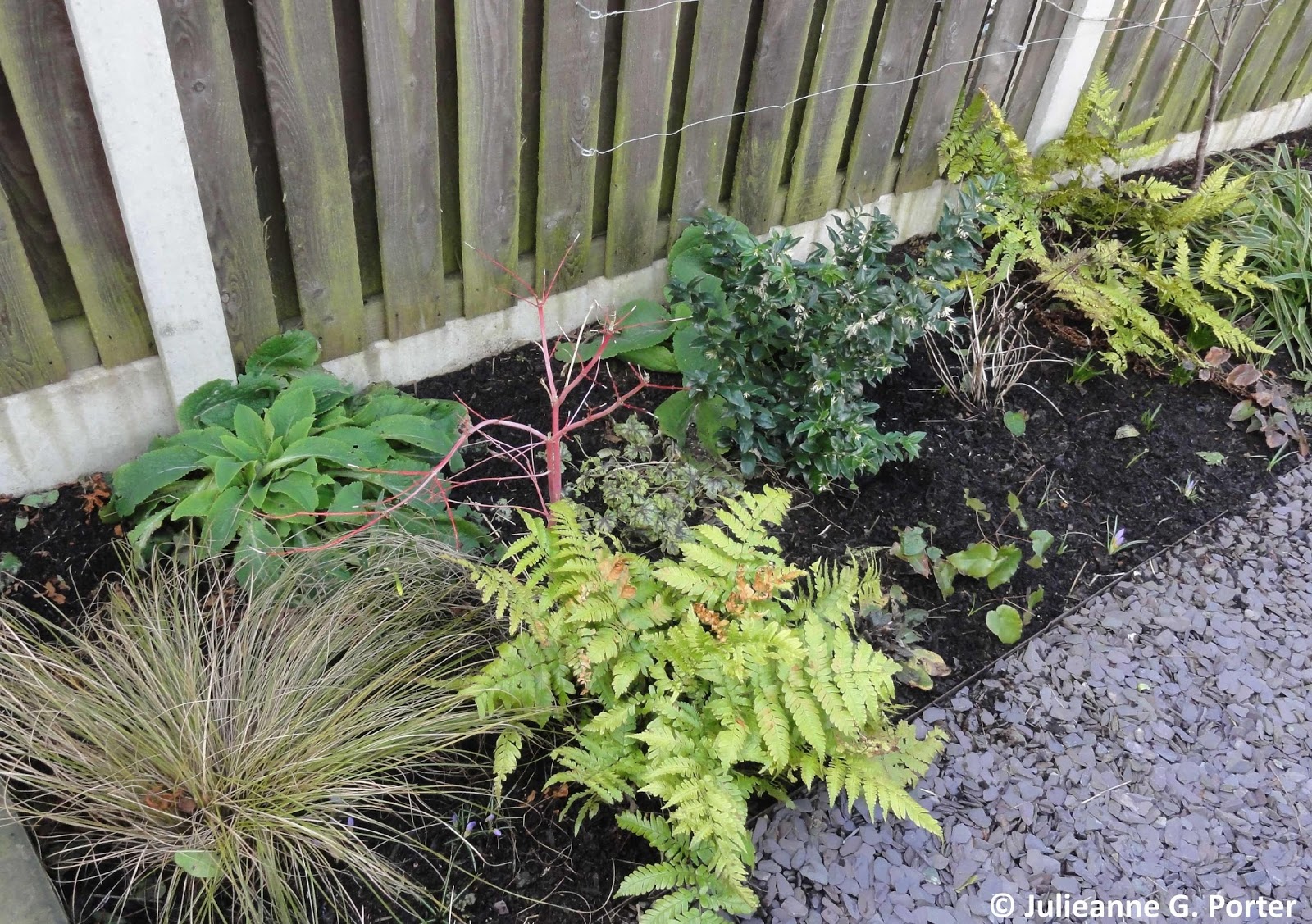 This includes grasses such as Carex testacea and Luzula sylvatica ‘Marginata’, ferns like Dryopteris erythrosora, an evergreen Epimedium (need to wait until it flowers to remind myself of which one), and a shrub of Sarcococca confusa, which smells wonderful every time I enter this part of the garden. 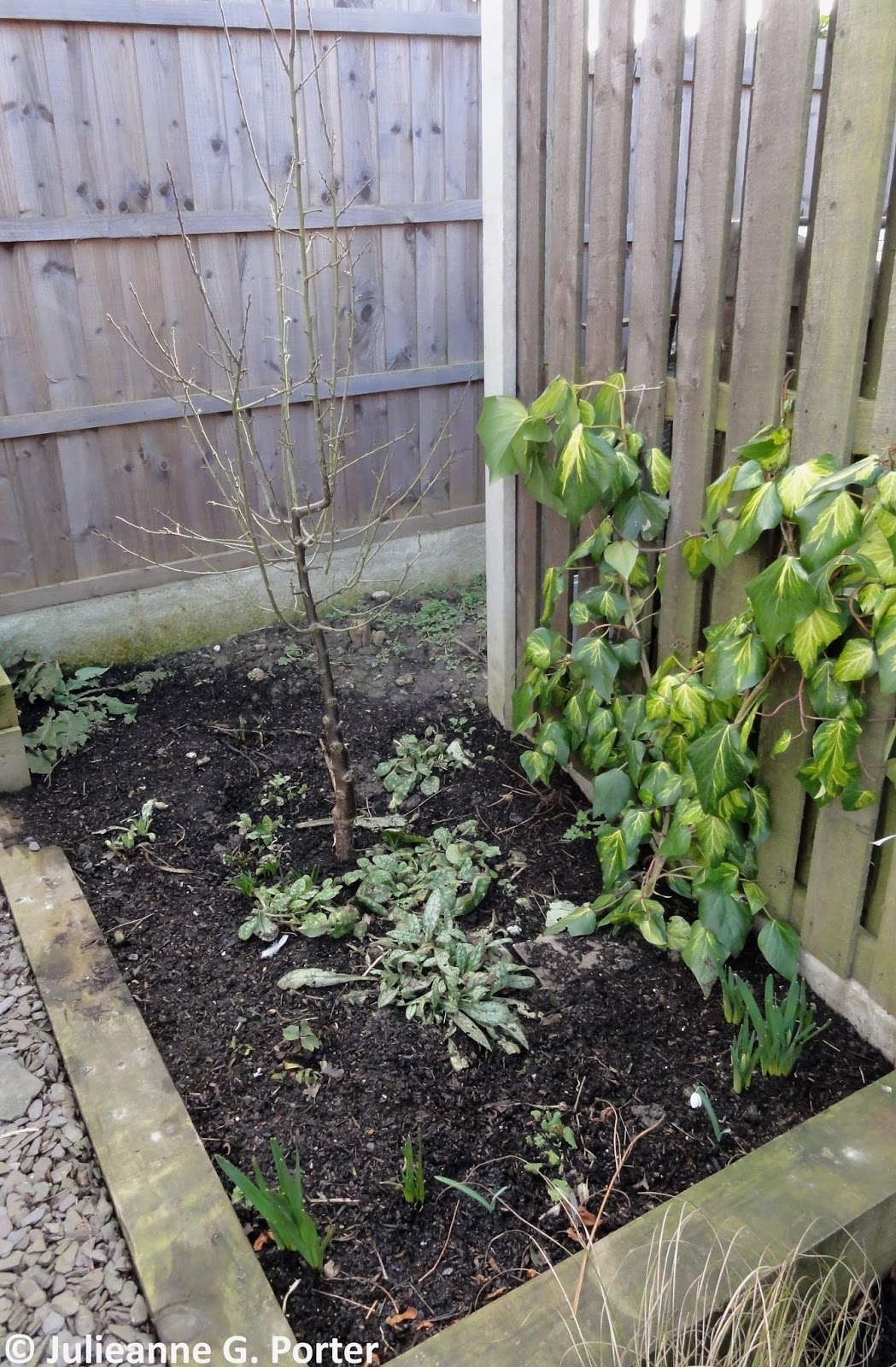 Next to this is the Damson Border, which has the variegated Hedera colchica ‘Sulphur Heart’ growing up the fence. I’m hoping this will take off even more this year and start spreading so that it adds a more colourful backdrop to ferns, sarcococca etc. Under the damson is pulmonaria and some bulbs which I hope to see flowering in March.

Down at the conservatory end the border doesn’t hold a lot of interest at this time of year. It has lots of perennials like Astrantia, Tradescantia and Amsonia that are just awakening, along bulbs such as fritillaries, crocus and daffodils that are coming up. I’ve decided that I need to add some evergreens to this end to add interest and give the whole border a more holistic look. I’m going to add some part-shade loving ferns that like having wet feet, since this part of the border gets the overflow from the Bog Garden in the middle of the border. 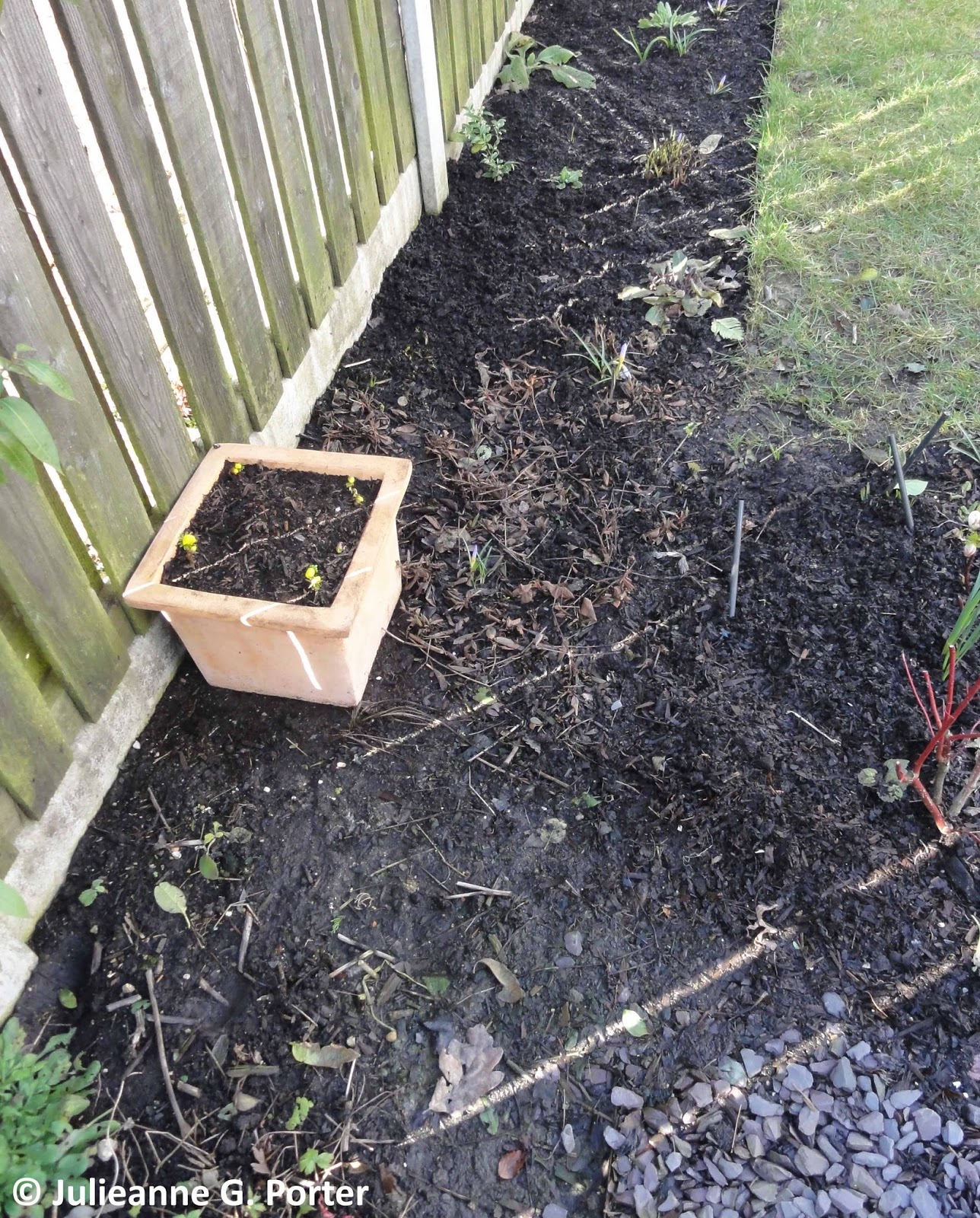 The Bog Garden, intensely boring at the moment

After deciding on putting in a pond at the end of last month, I’ve changed my mind. As I started visualising the pond and the work it would entail I realised that it would be quite a lot of work digging out the area and putting it in. So when thinking about this and what other tasks that I’ll have coming up, particularly in the kitchen garden, and measuring this against ME/energy levels, I decided against the pond. Instead I am going back to my original idea of making the whole area a bog garden.

This is going to include some ferns as I mentioned, and after much research, and thanks to Fibrex Nurseries for their advice (I’m putting in my order shortly), I’ve decided on Dryopteris dilatata, also for it’s height of up to 1.5m, and more Dryopteris erythrosora. I’ll also be adding some deciduous ferns including Athyrium nipponicum pictum and A. otophorum.

I have also moved Osmunda regalis ‘Purpurascens’ from the shadier end down to the Bog Garden, putting it in a pot as in the photograph above. I’ve do this in part as again, I want to build up some height in the border, plus it was hidden away in its previous place and I’m hoping that the height will also add to the pleasure of seeing it’s purple fronds. As I cannot grow aconites in my acid soil, I’ve added a couple to the pot; you can just see the hints of gold if you look closely.

Thanks to suggestions from Angie in Edinburgh, I’m also going to add Primula beesiana, candelabra and vialii to the Bog Garden, along with yellow flag iris and Ragged Robin.

The Long Shady Border is just waking up from our cold snowy winter, and to finish are a few flowers and buds that I’m enjoying. 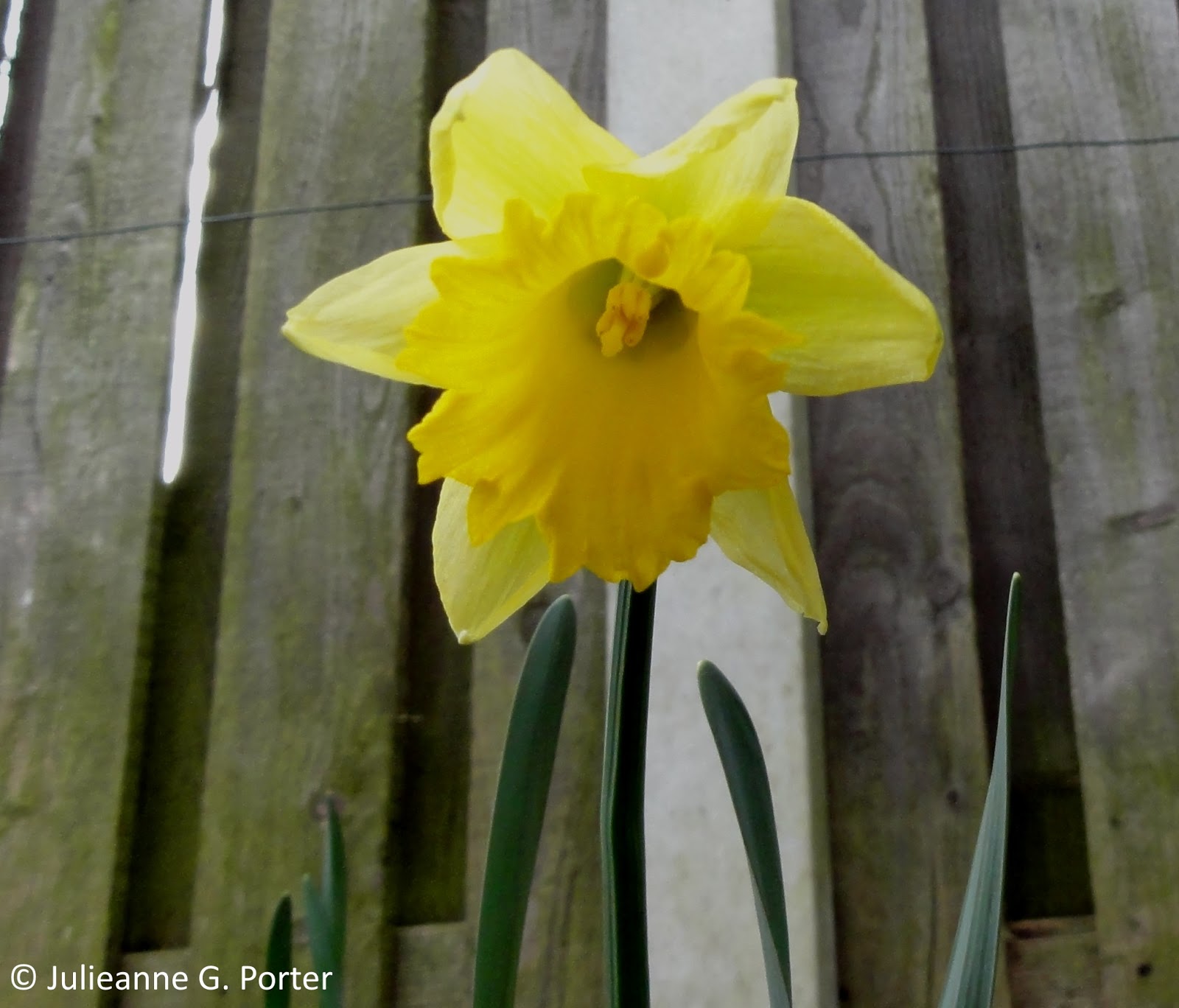 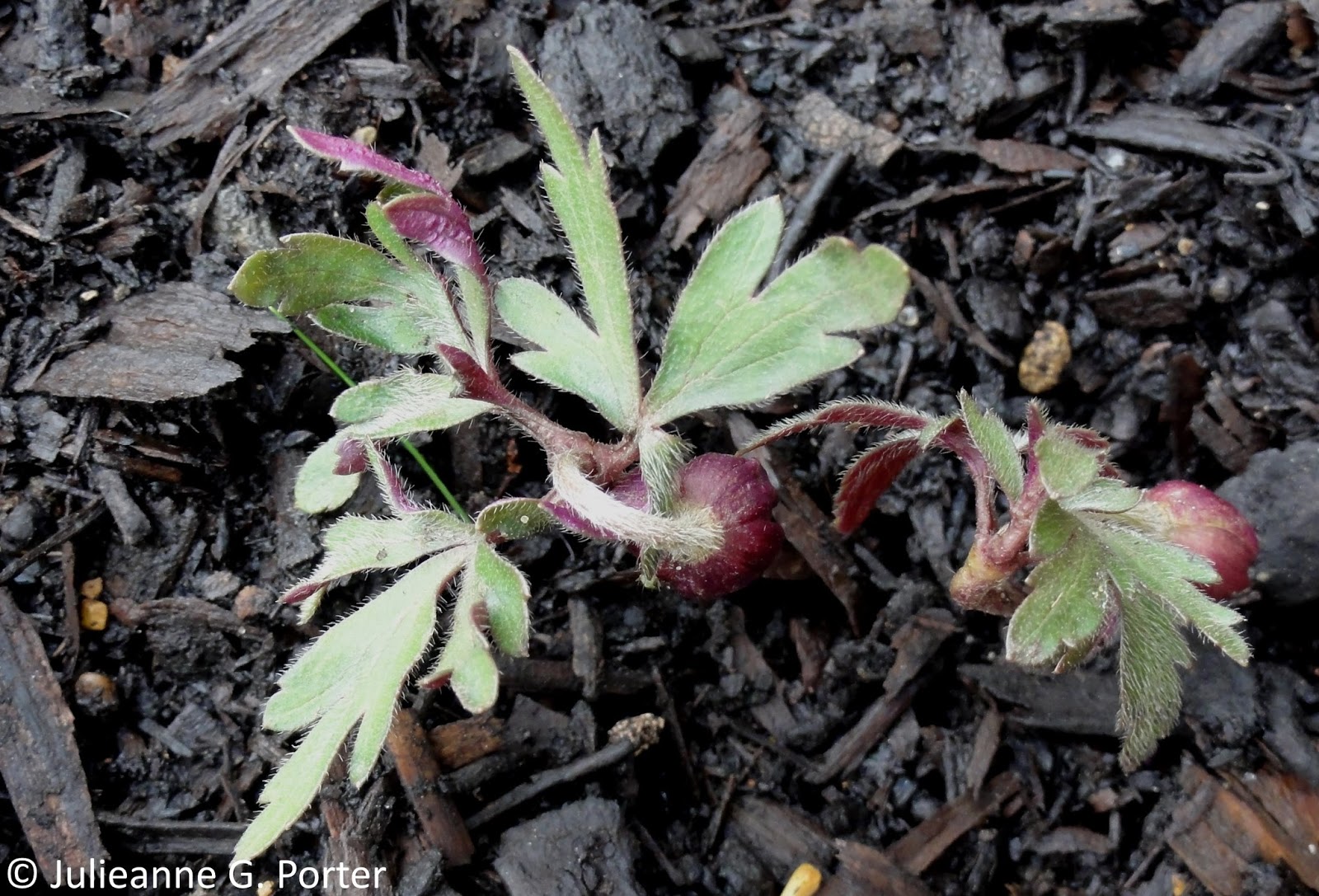 Anemone blanda blue is about to unfurl 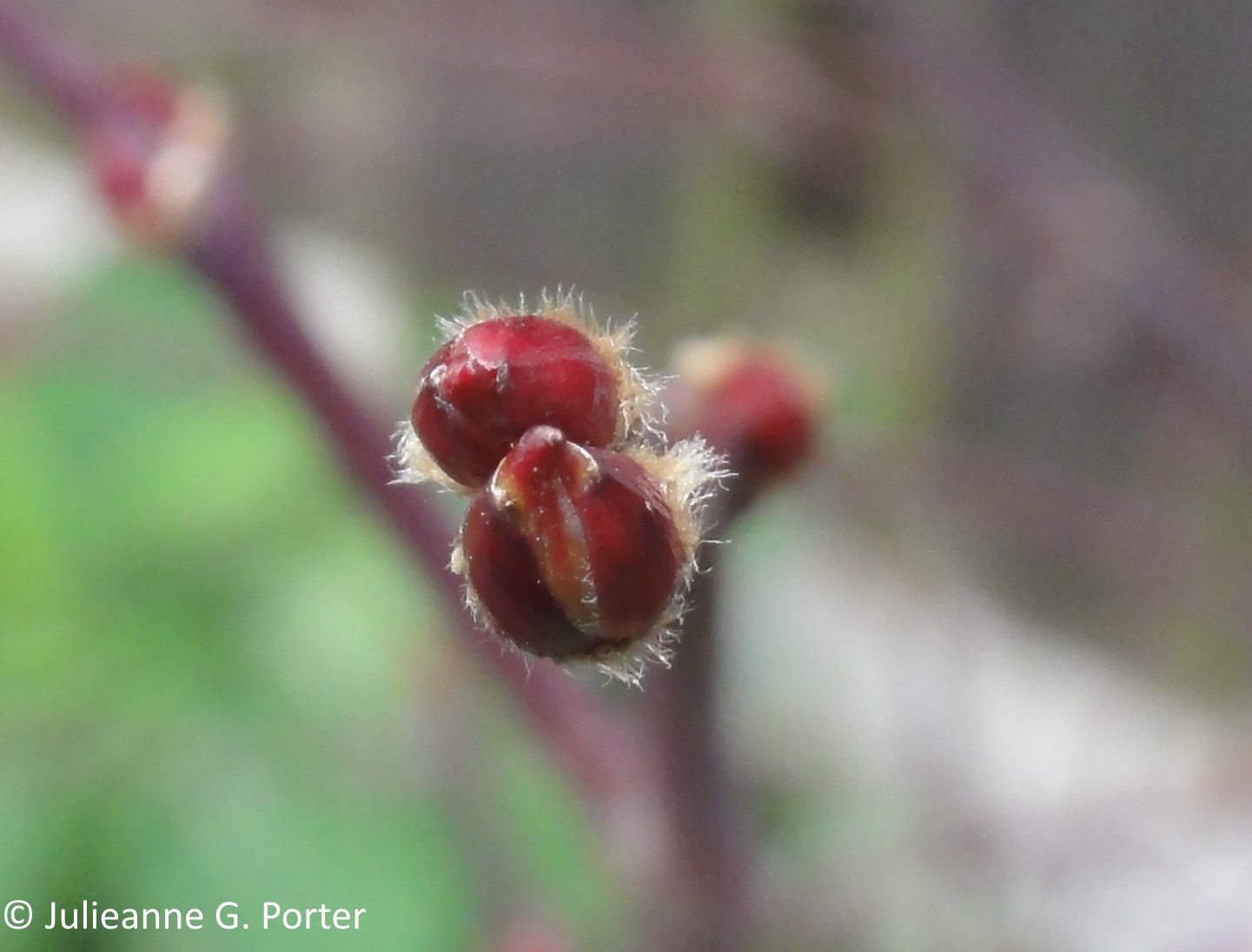 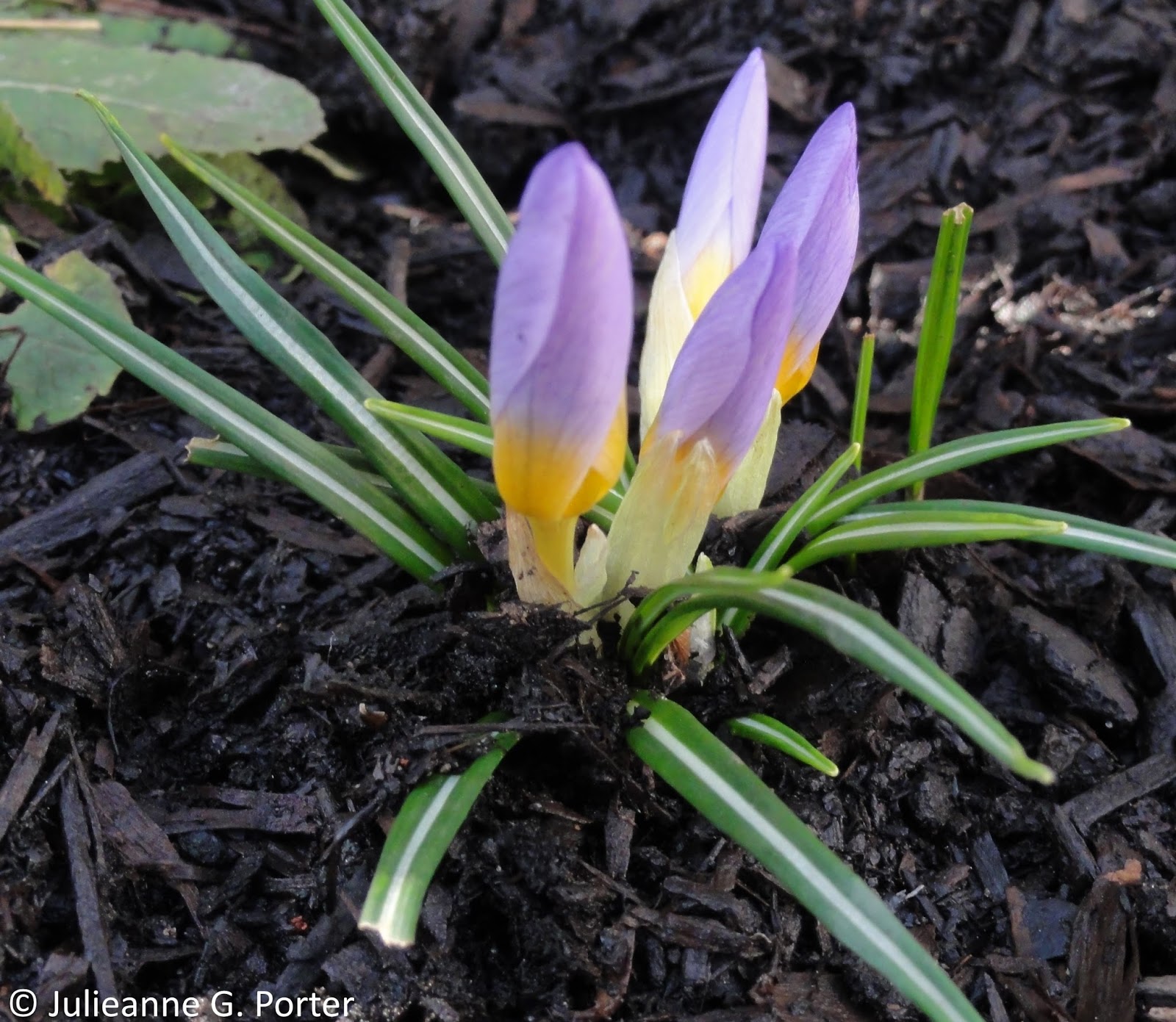 So February has been mainly a thinking through and researching ideas and making decisions, not a lot in physical planting having been done. That’s to come in March.

*See the January post for detailed information on how the aspect of the border changes as you move further away from the house.

* * * * *
End of month view is hosted by Helen Johnstone, aka @patientgardener. Visit Helen’s blog for her February 2015 EOMV and links to other bloggers EOMV posts.