Which is great, isn’t it? Just splendid. I had lots of plans for those French beans. Many meals, including making ‘frozen meals’ for winter, to give me a burst of summer sun in the grey of winter. Sounds good. But when you are gardening with ME, harvesting and cooking is never that simple. 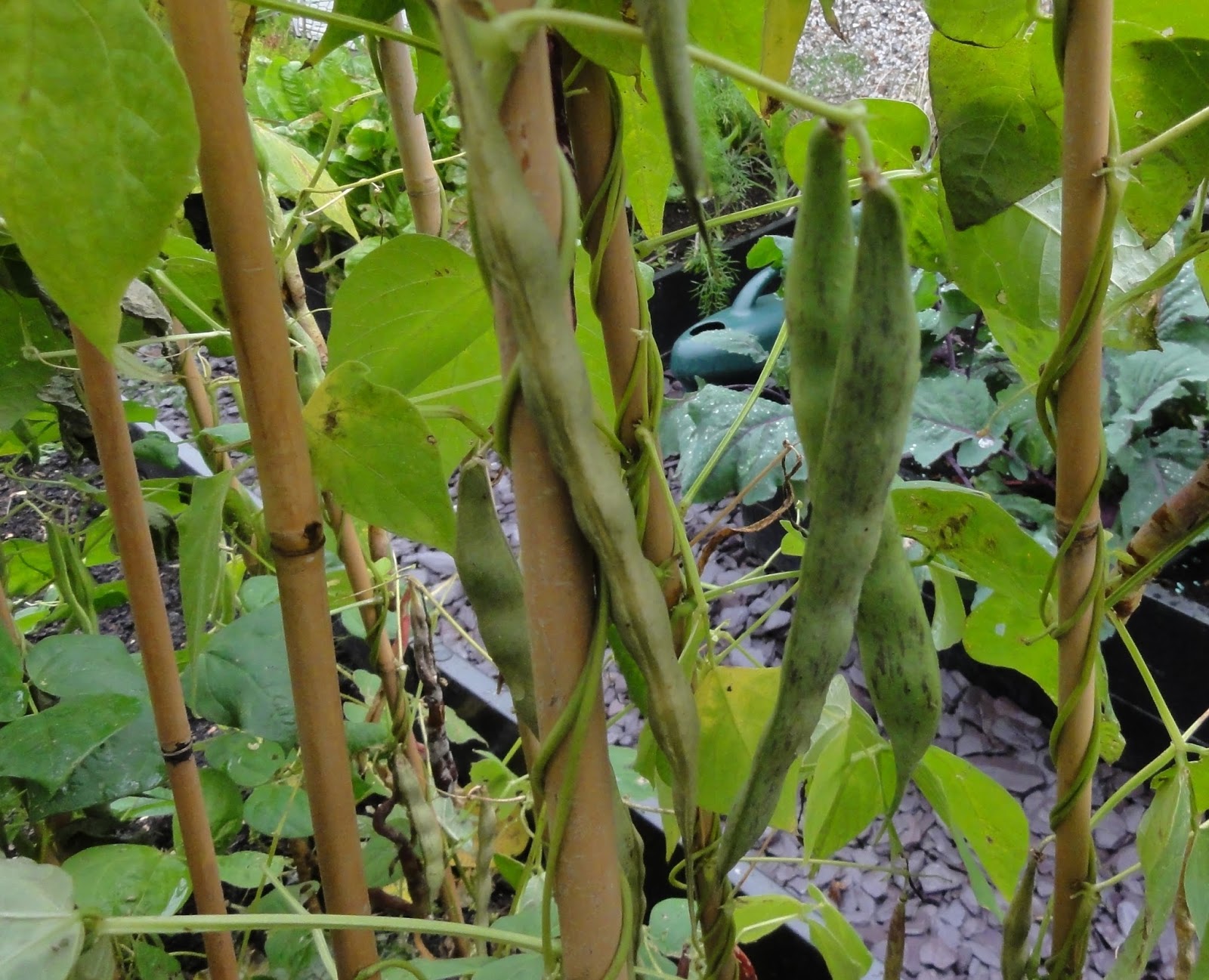 Until about June, I hadn’t done too badly with growing, harvesting and eating my crops this year. I had bad ME days that left me in bed, and plenty of days where I could only do one small gardening task over the space of a week. But until June I had managed my ME and energy levels reasonably well, and had got all the seeds I wanted into the ground and off to a good start.

By late June the ME started getting bad again. A mix of travel and visits that were wonderful, but where I didn’t manage my energy levels well enough and ended up with payback. That’s the ME monster saying ‘ha ha, just when you thought it was getting better’. 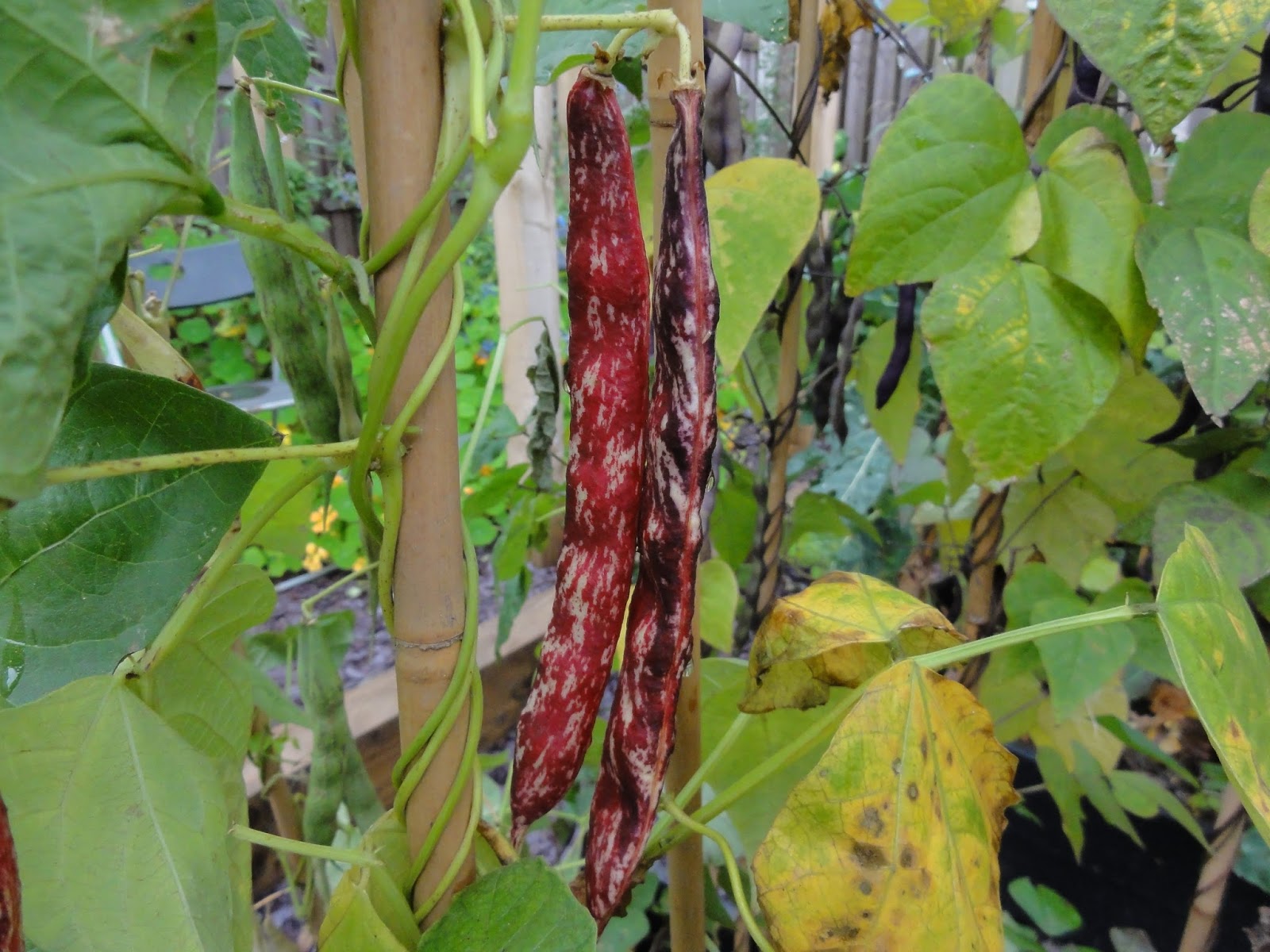 The climbing French beans started cropping from late July, when I had another brief period of feeling a little better and I got my first couple of meals out of them. But things fell apart again in August and were no better at the start of September. Here I faced a dilemma.

For much of September I would be travelling with my best friend Kerri, who was coming over from Australia for a few weeks. I needed, and wanted, energy to make the most of enjoying her visit. Something had to give. The climbing French Beans had to give.

By early September, my energy levels were pretty low, and as wonderful as those beans were all looking, they had to stay on the plants, unpicked. I made the conscious decision to not pick them, because spending time with Kerri was more important. When you have ME, you have to make decisions like this pretty regularly. It’s frustrating. But it is how it is. 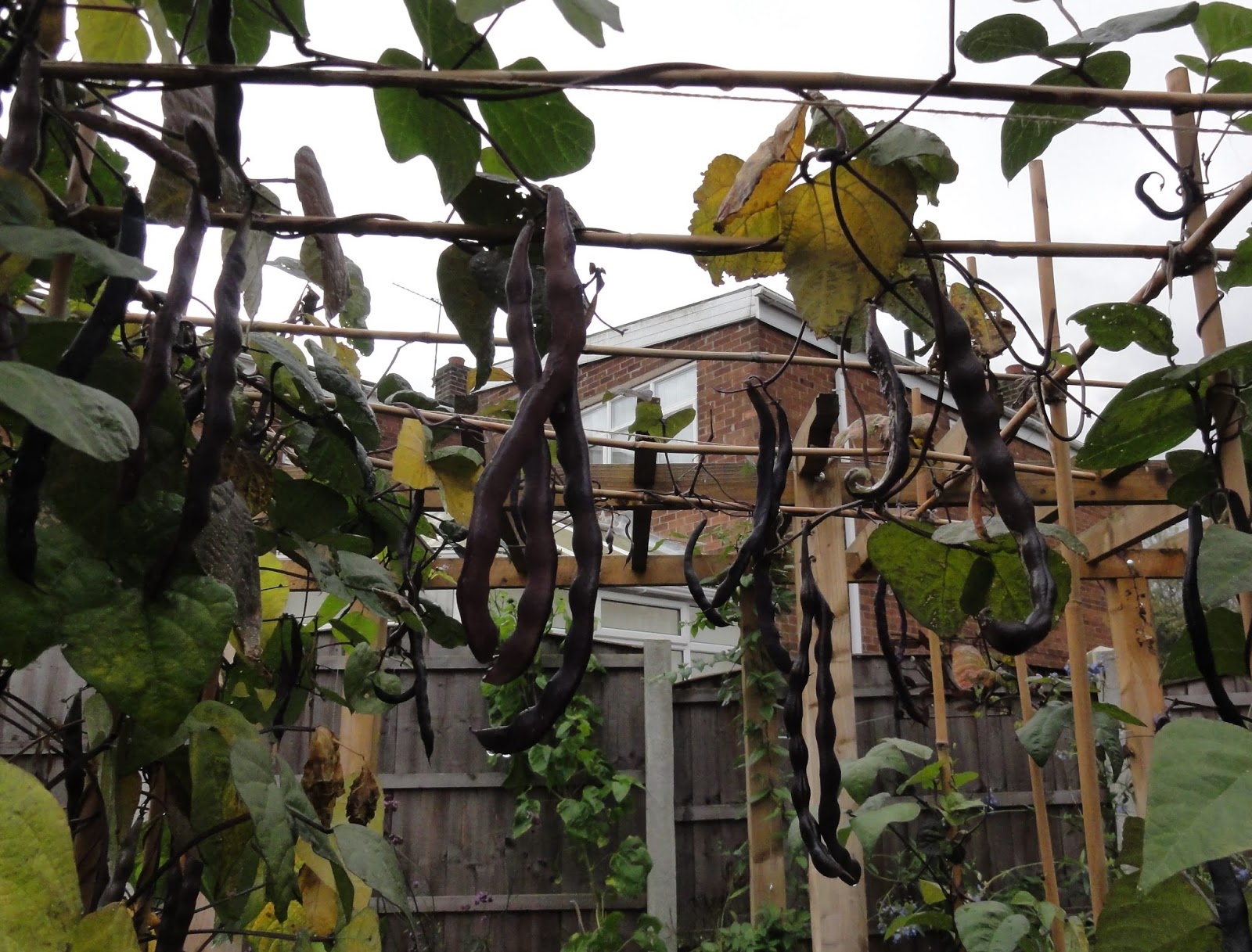 So the climbing French Beans, as you can see from the pictures, have gone to seed. But all is not lost. I couldn’t eat the delicious young pods, but I can eat the seeds – yes! I can dry the beans out and they can then go into winter soups and stews. Happiness.

I’m going to break the harvesting and collecting seed down into small tasks. Picking the beans over a couple of weeks, then drying them out. Once dry, I can start shelling them whilst sitting on the couch, a bit at a time over the space of days, even weeks.

Thanks to ME, things haven’t worked out on the climbing French bean front as I originally planned. But I will still get a burst of summer in my winter meals, only in a different form. That’s rather splendid.

* * * * *
I welcome your comments and thoughts. And if you blog about gardening with ME/a chronic illness, link to this post in your blog, and leave a comment below with a link to your post, so we can all find each other.

Other posts…. Gardening with ME: an introduction to a new meme

5 thoughts on “Gardening with ME: French beans”