I love potatoes. Just love them. Growing them, cooking them, eating them. I need a regular potato fix. I don’t know if it’s some distant Irish genetics in my blood or just that crispy baked potatoes are one of the finest foods on this earth. My Sheffield garden is considerably smaller than my Oxford allotment, so I’m limited in the number of potatoes I can grow. So whilst I’m unable to grow 10 varieties a year and enough spuds to last my partner and I c. 6 months, I can still grow some and get my potato fix.

This year I will be growing Pink Fir Apple and Stemster, in my kitchen garden raised beds, each 1m x .75cms. That was going to be it, until I heard about the Great British Spud Off 2014. In this contest, the idea is to grow one potato in one container. When you harvest your potatoes, you send in the information on how many potatoes you produced and their overall weight. Participants use “whatever soil or compost you wish to grow it in as we hunt for Britain’s spud growing champ”. How exciting!

So, as a way of harvesting even more potatoes from my small garden, and the chance of becoming a potato growing champion, here is my entry… 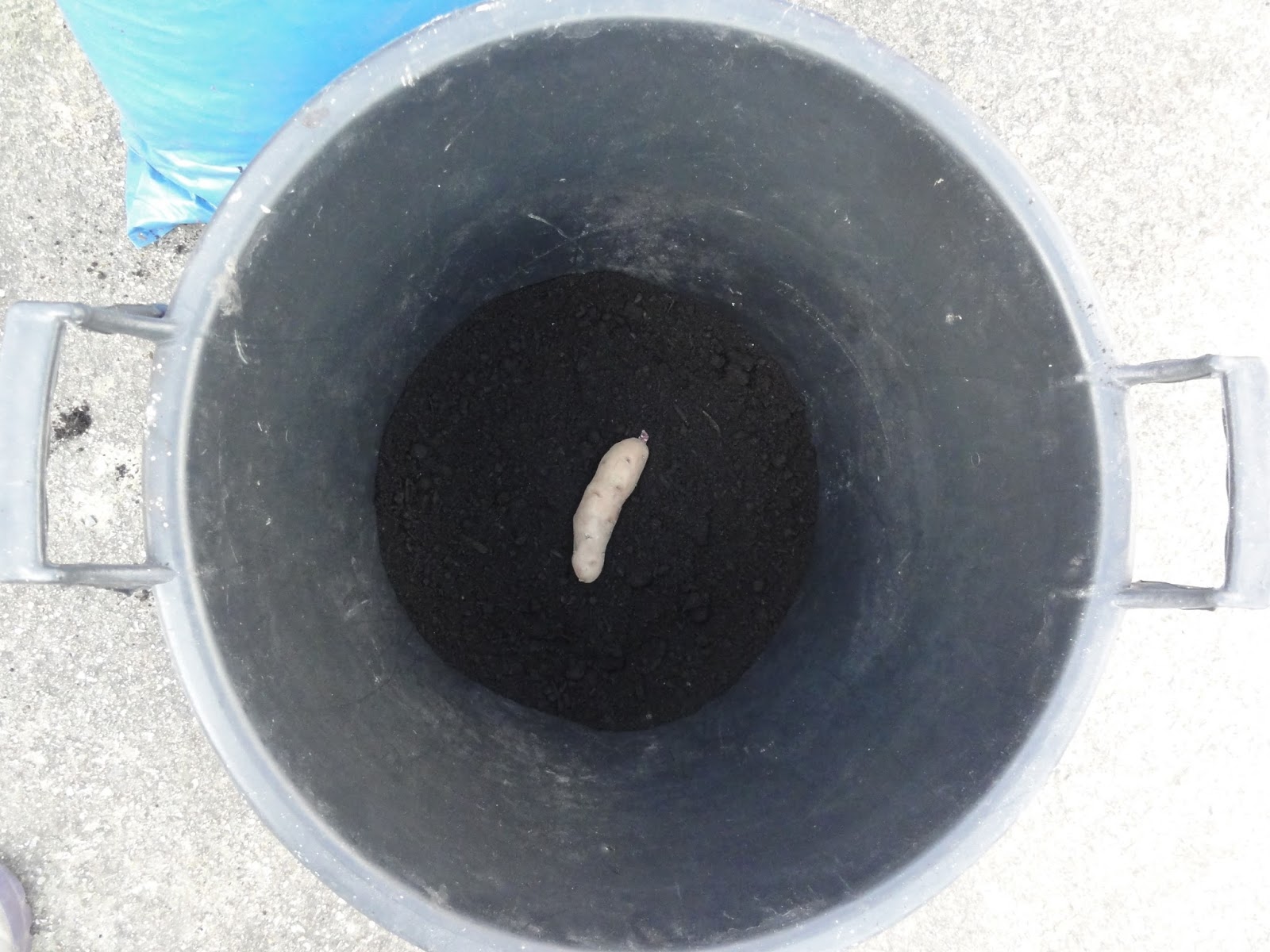 Pink Fir Apple is meant to be one of those potatoes that does well in containers, so I’ve got hopes that I should get a good crop. I suggest we not comment on the very phallic look of Pink Fir…

The rules don’t say anything about how many entries you can have, so if I’m allowed a second, then here it is… 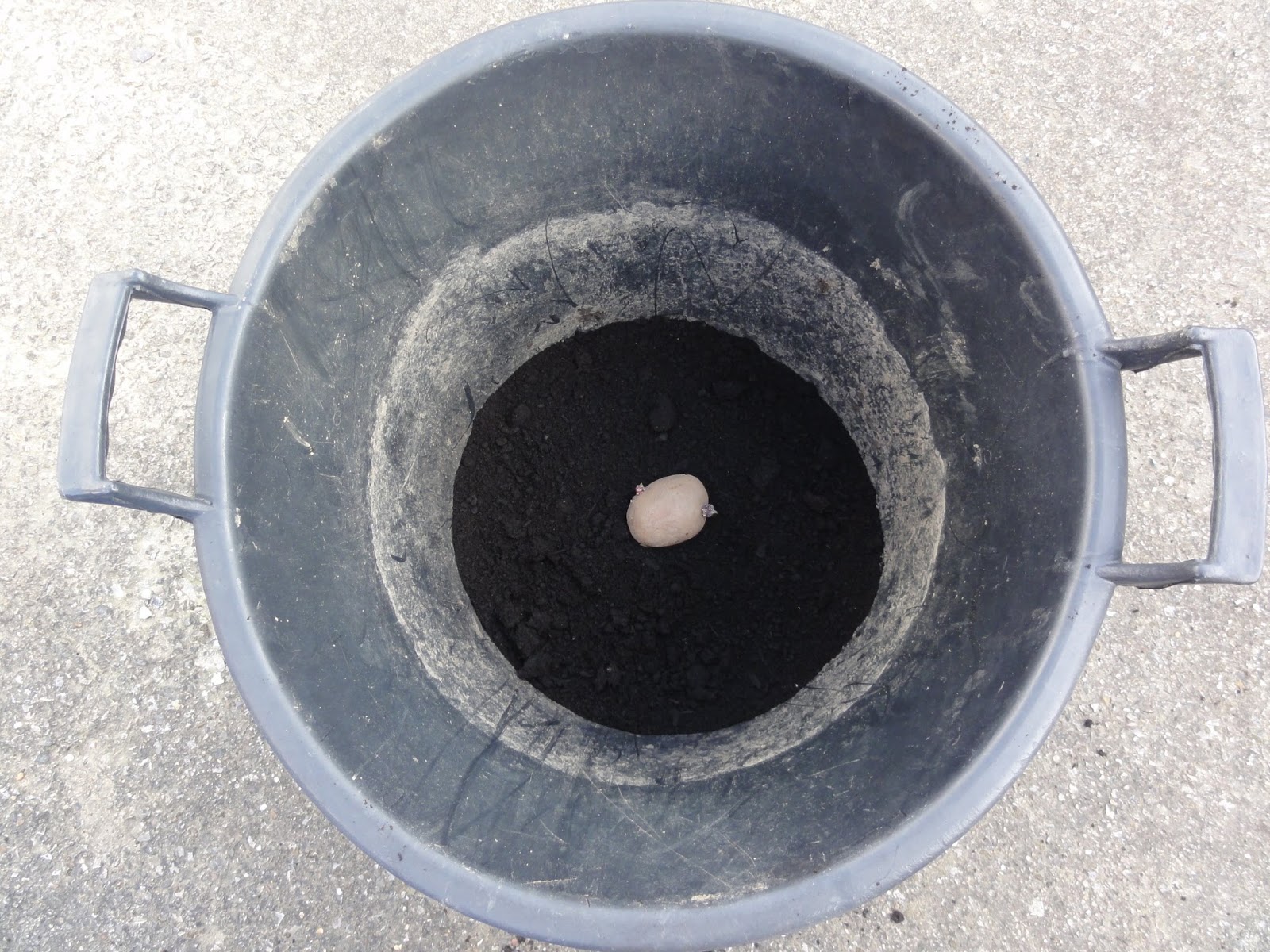 This is a good all-rounder potato, and when I’ve grown it in raised beds in the past I’ve had a great crop with some very large potatoes. I’m not expecting that much from growing this variety in a container, as I don’t think it’s really meant to be container grown. However, I had a spare seed potato and decided to throw this into the ring and see how it does.

I have of course covered both with some compost, watered them, and now await my (winning) crop!