March has been a month full of quiet growth in the garden. Not much in the way of drama, just a gentle unfolding of new buds, leaves and early Spring flowers. 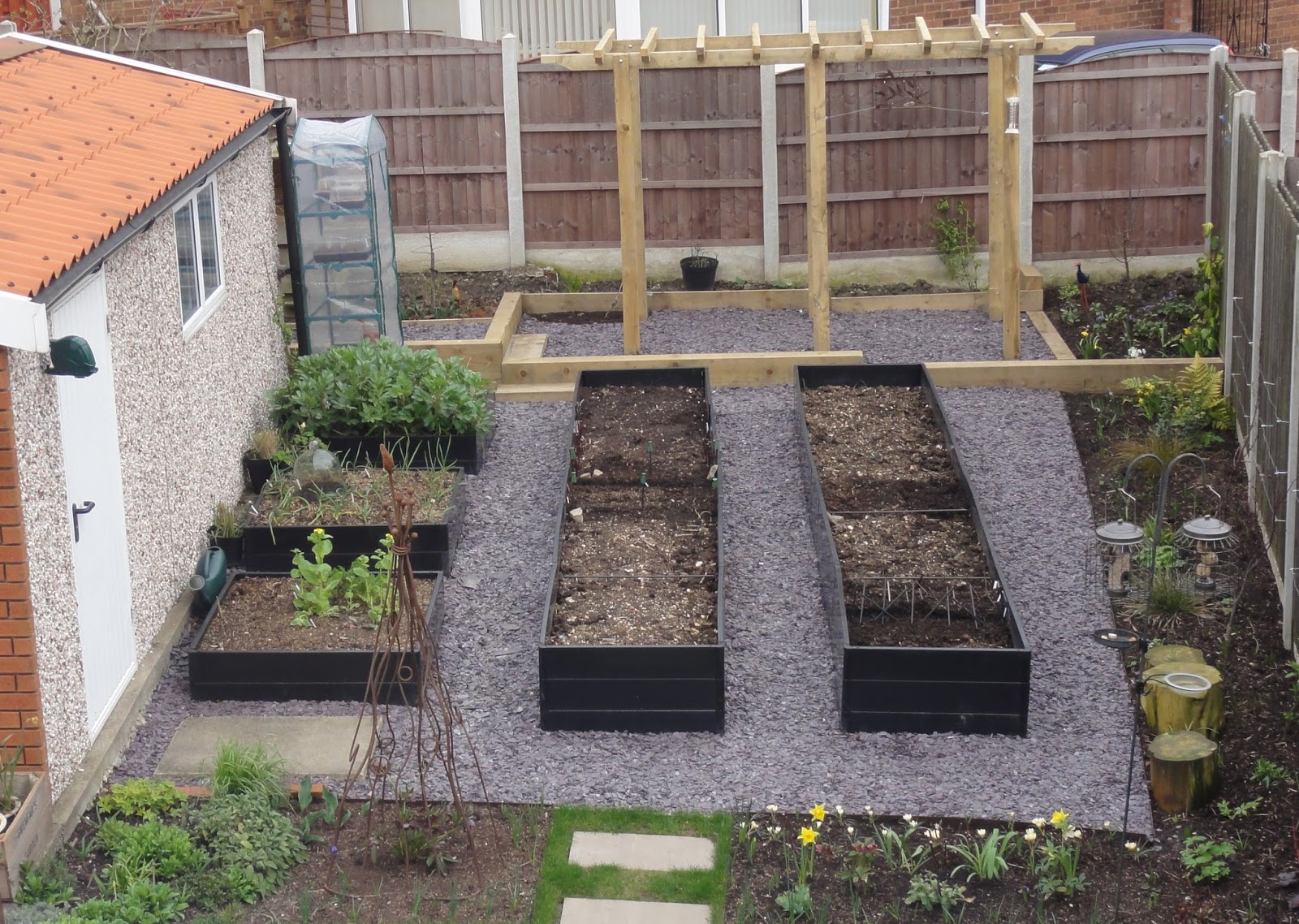 Overview of the garden, including new mini-greenhouse 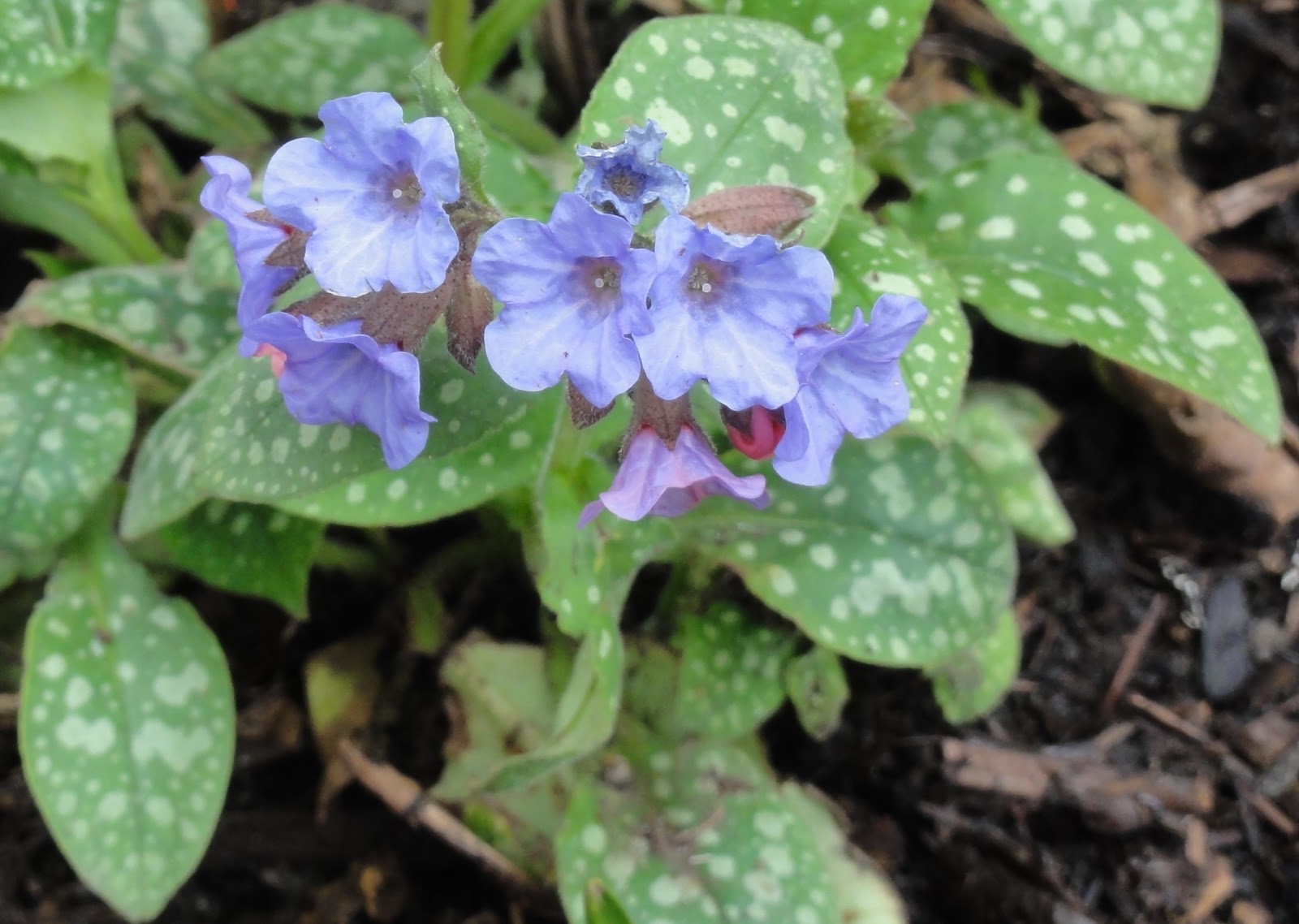 An unnamed variety of Pulmonaria 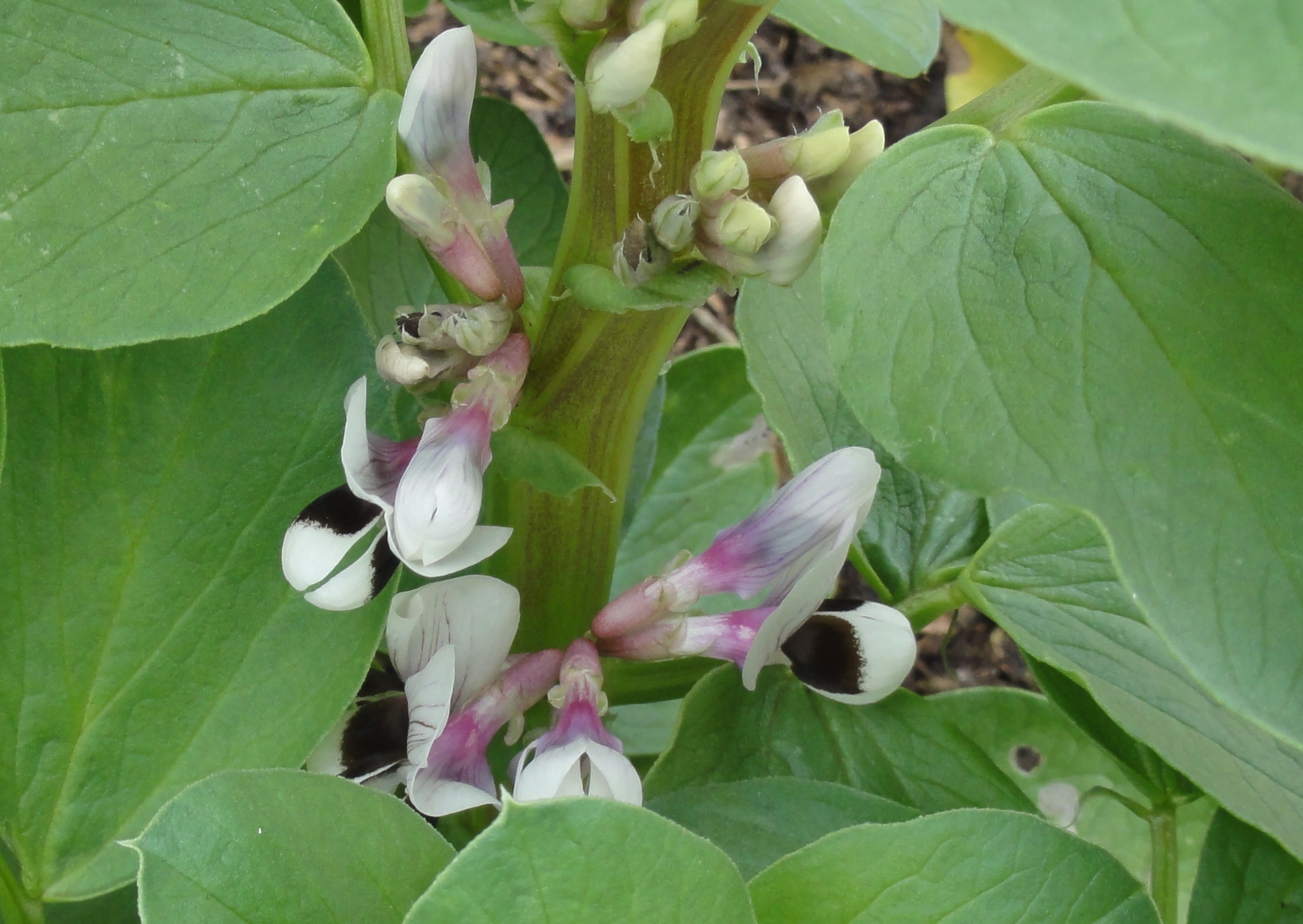 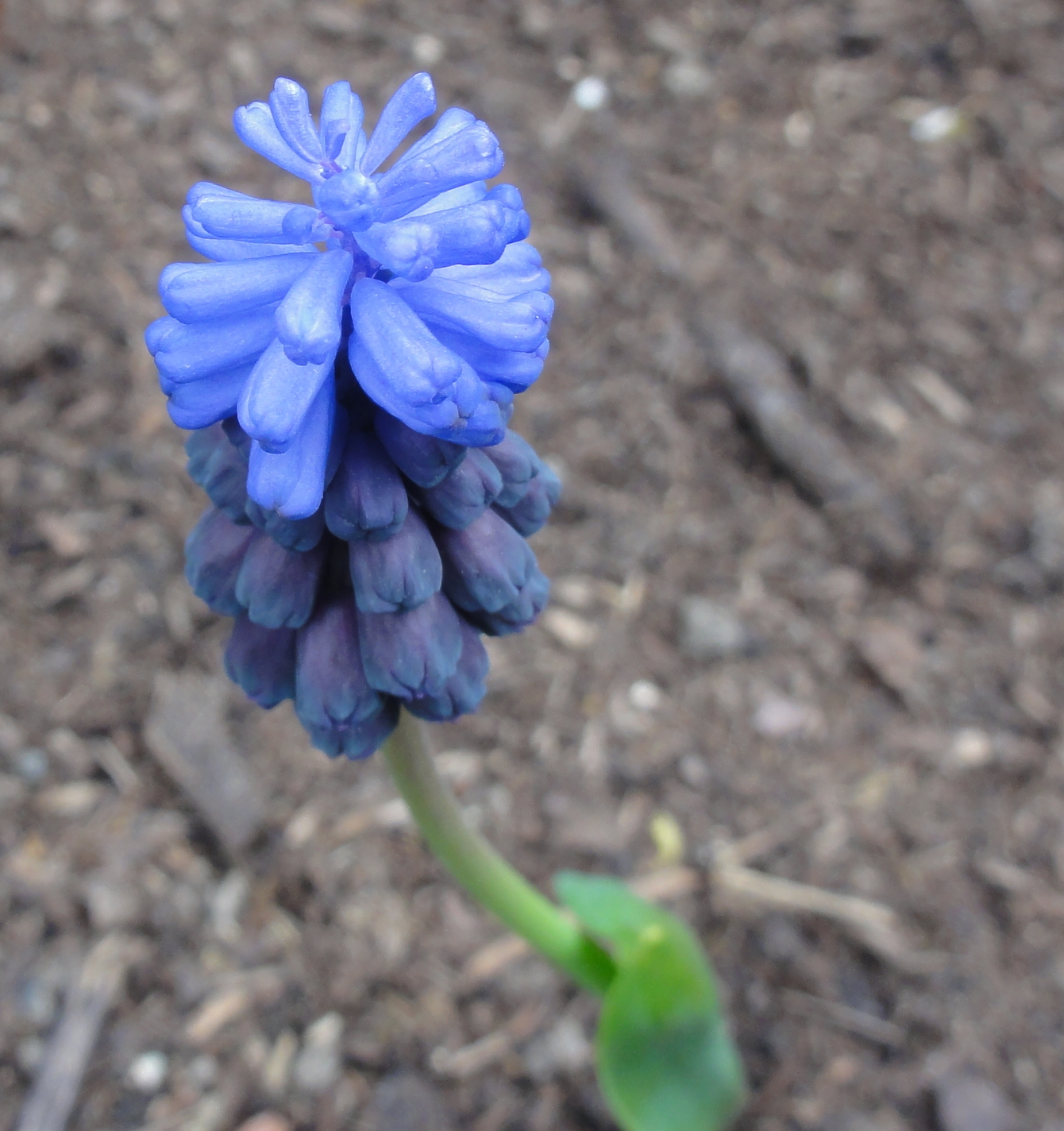 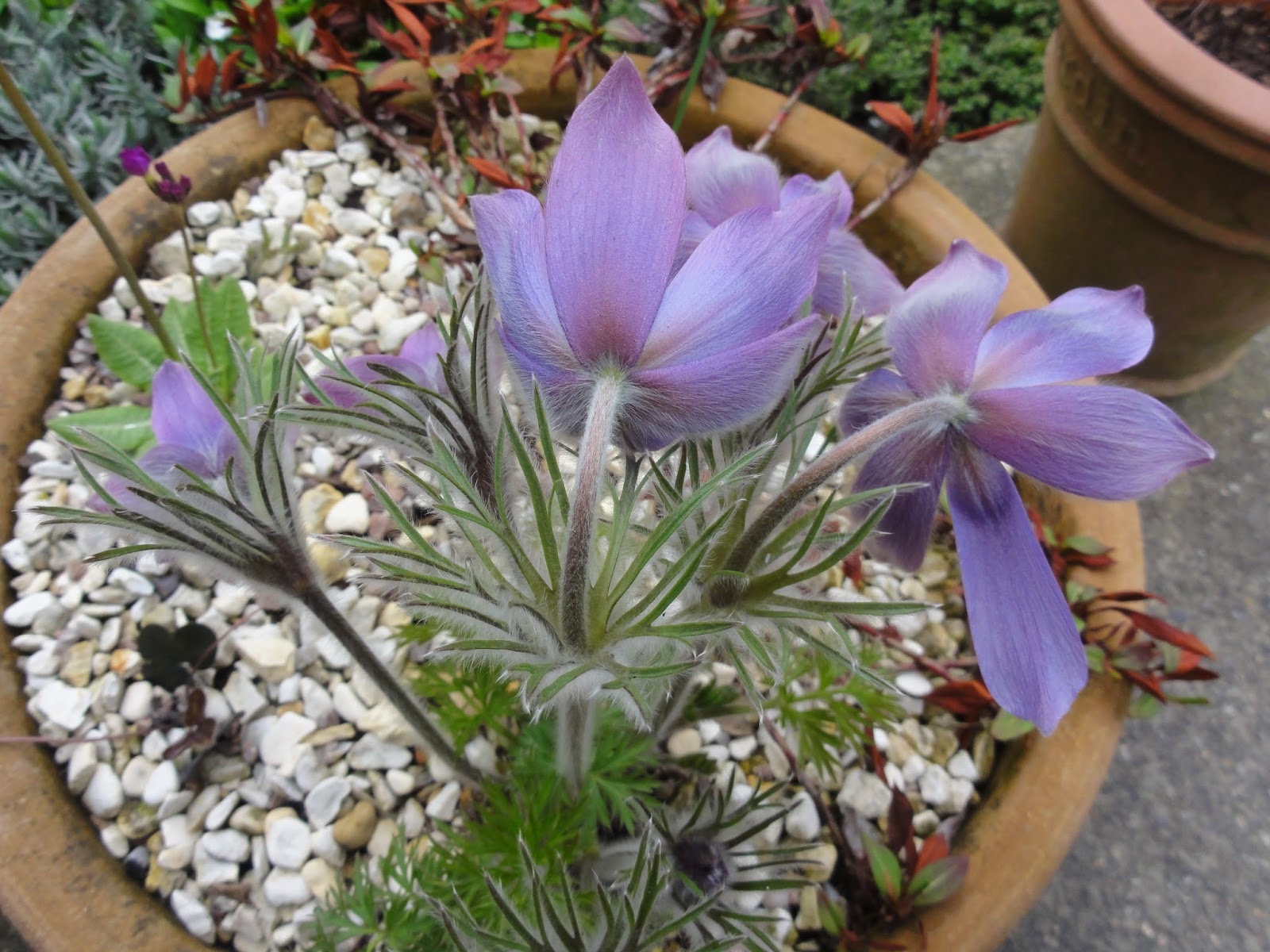 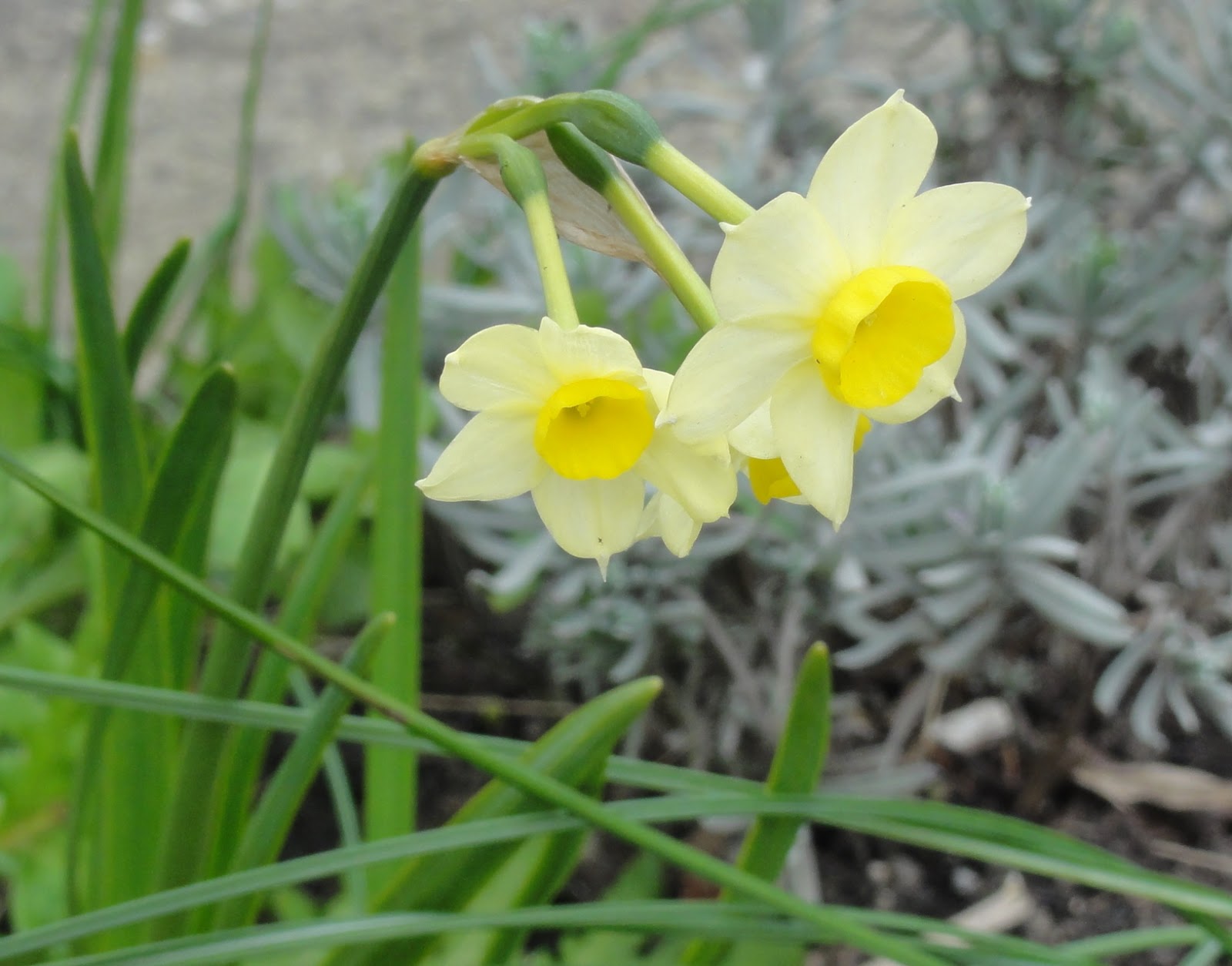 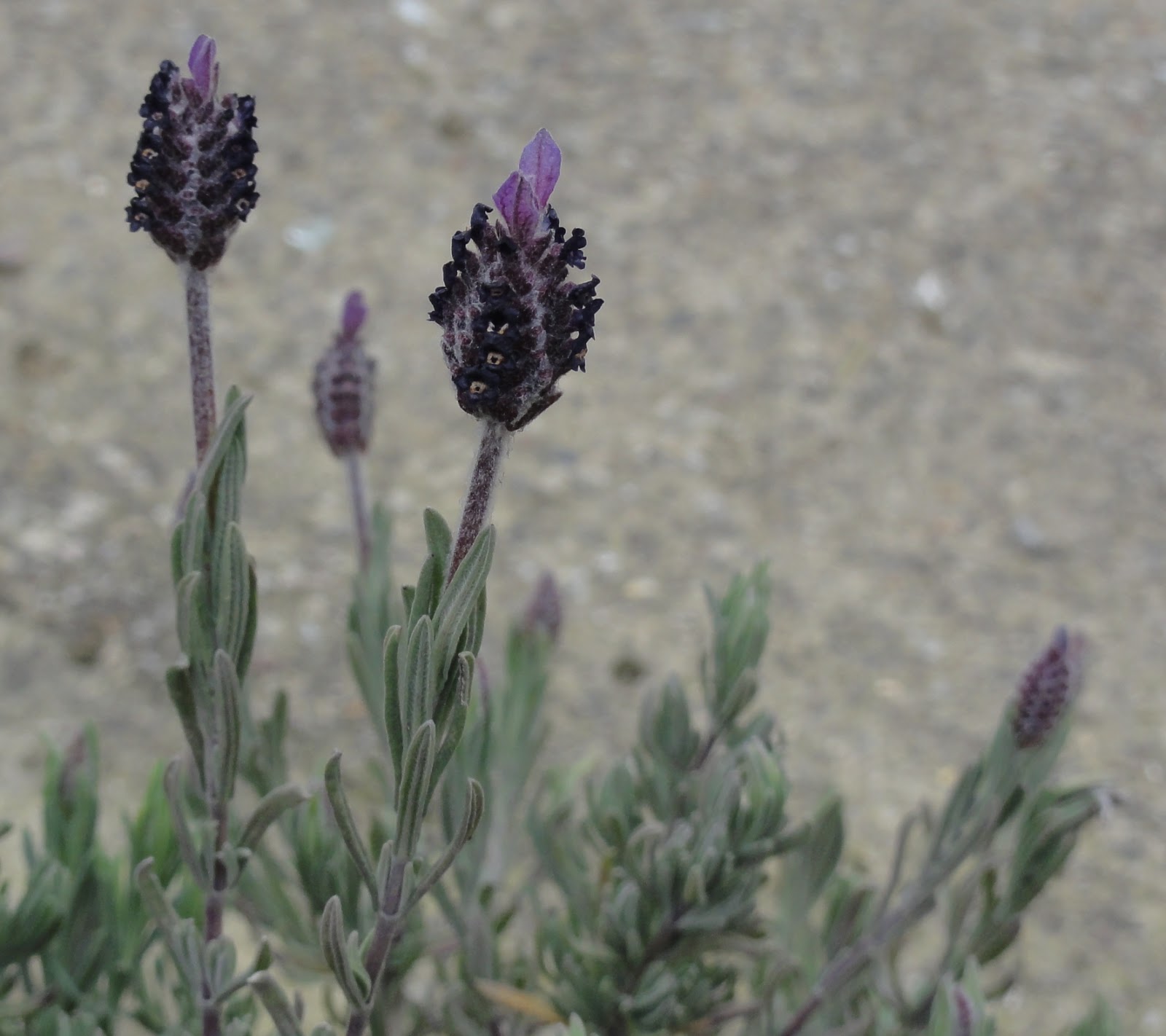 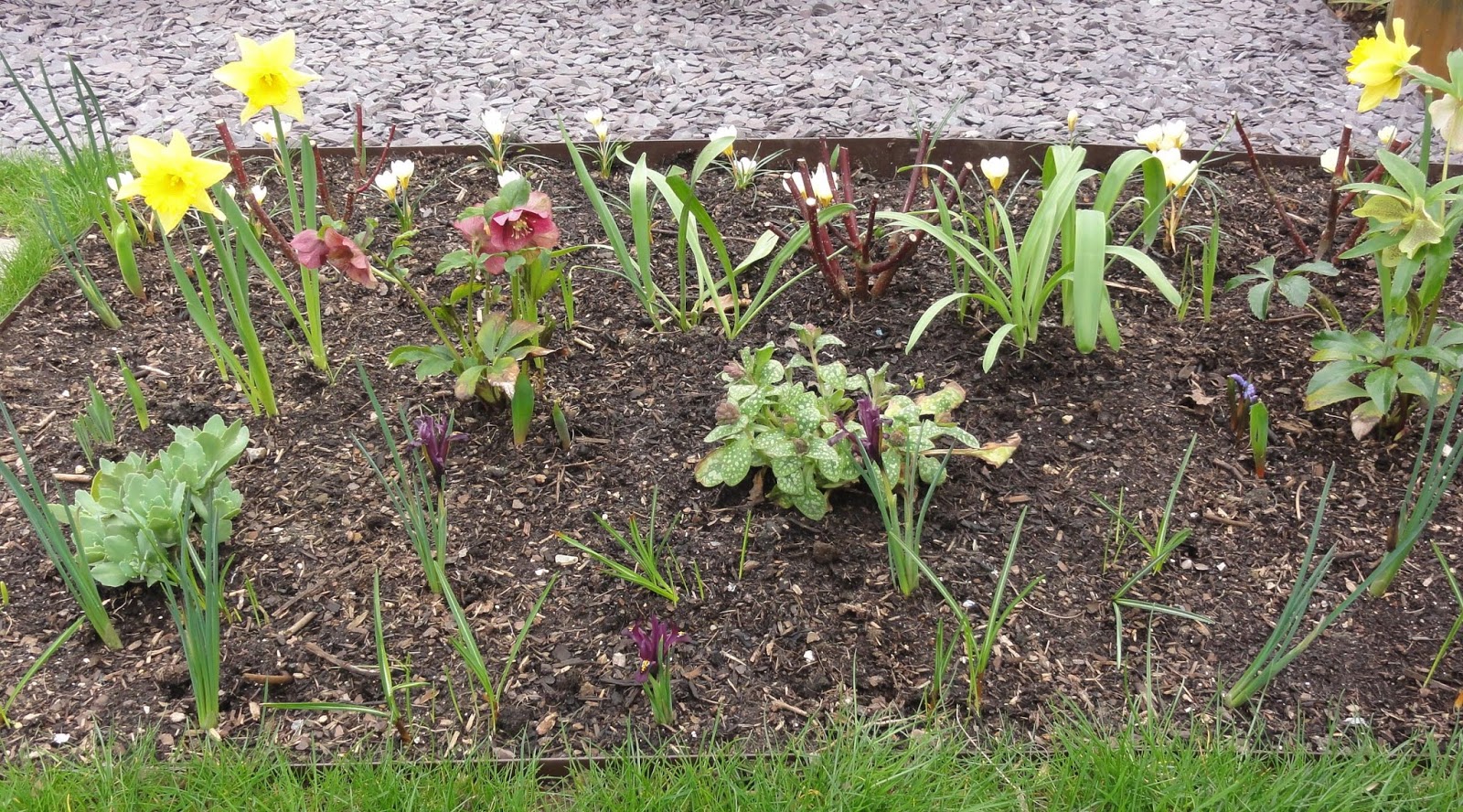 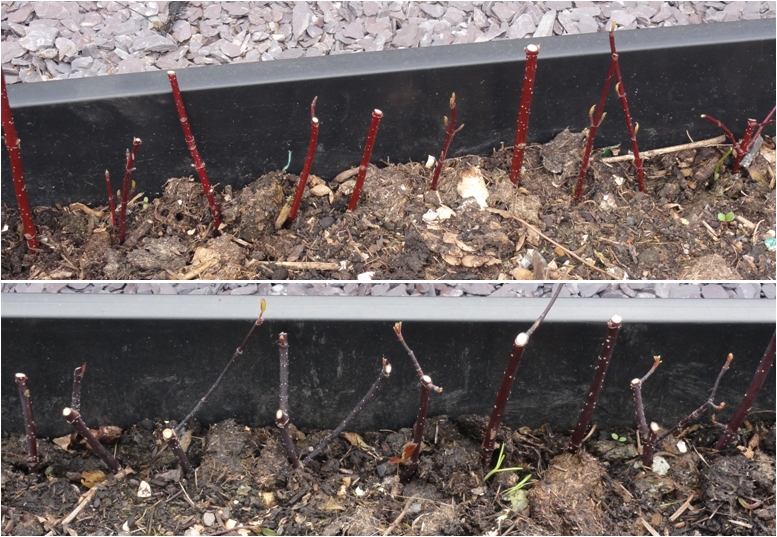 Early March I pruned back the Cornus shrubs to encourage lots of new colourful stems in anticipation of next winter. I’ve taken cuttings from the pruned stems in the hope that I might generate some new, free plants. I’ve not done this before and I’m not making a massive effort, I admit. I’ve just stuck some ‘sticks’ in the sides of part of the veg borders, am keeping them watered and hoping for the best. I want to focus my limited energy more on the vegetable & fruit growing, so any new Cornus shrubs I get will be a bonus. 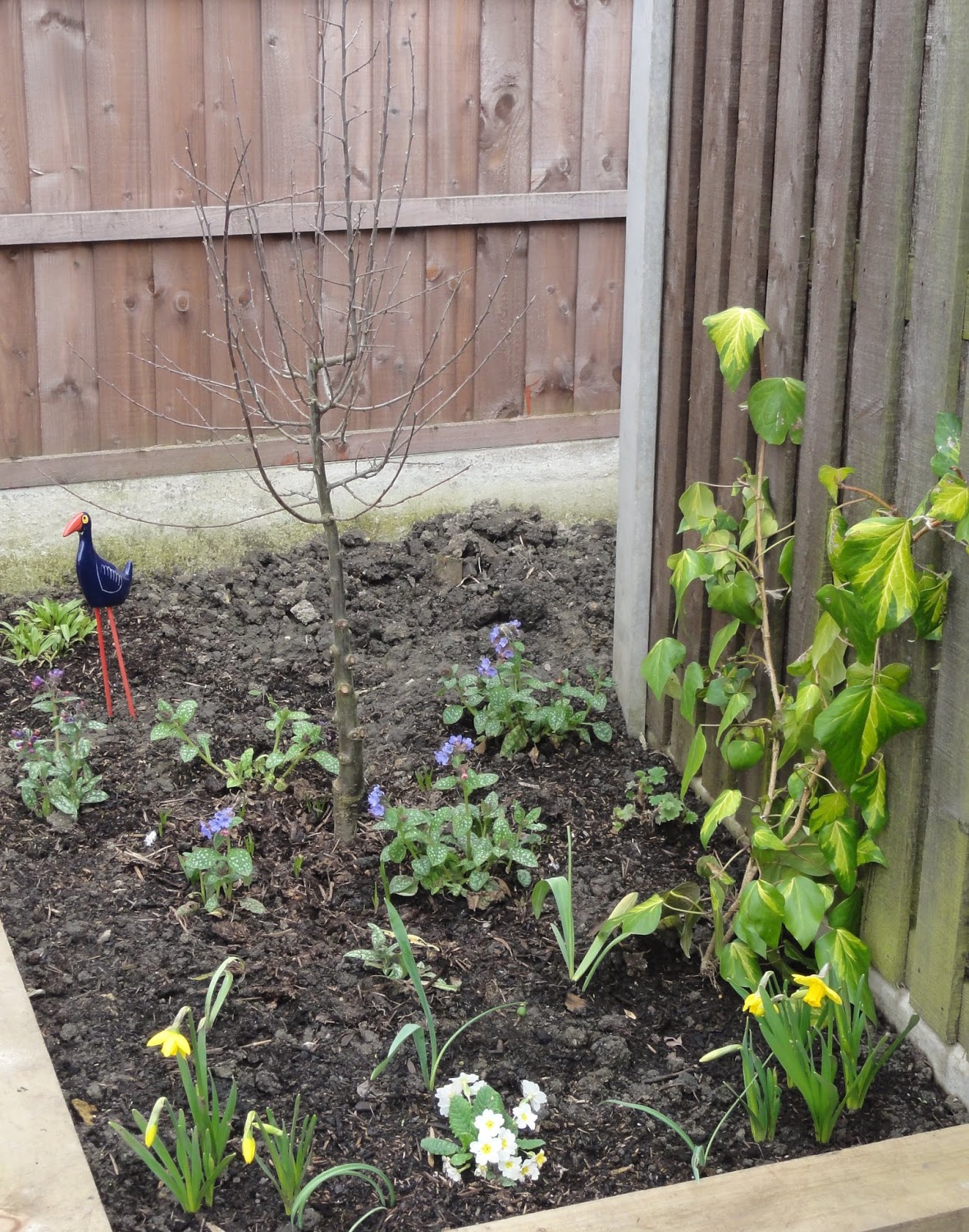 I’ve added some further planting to what I’m now calling the Damson border, including Pulmonaria, Primula vulgaris and Alchemilla mollis. In early to mid Spring this part of the garden is in light shade, so planting ‘woodland’ plants is relevant. In between May & August it gets several hours of direct sun, so I’ve also added Helenium ‘Sahin’s Early Flowerer’ for colour during the warmer months.

I’ve also placed my little Pukeko into this border, that I picked up in New Zealand several years ago. No worries – it isn’t pining for home – it’s ceramic, not real!

Although the Damson tree looks dead in this picture, it’s actually got lots of healthy buds on it and I expect by next month it will look more lively. 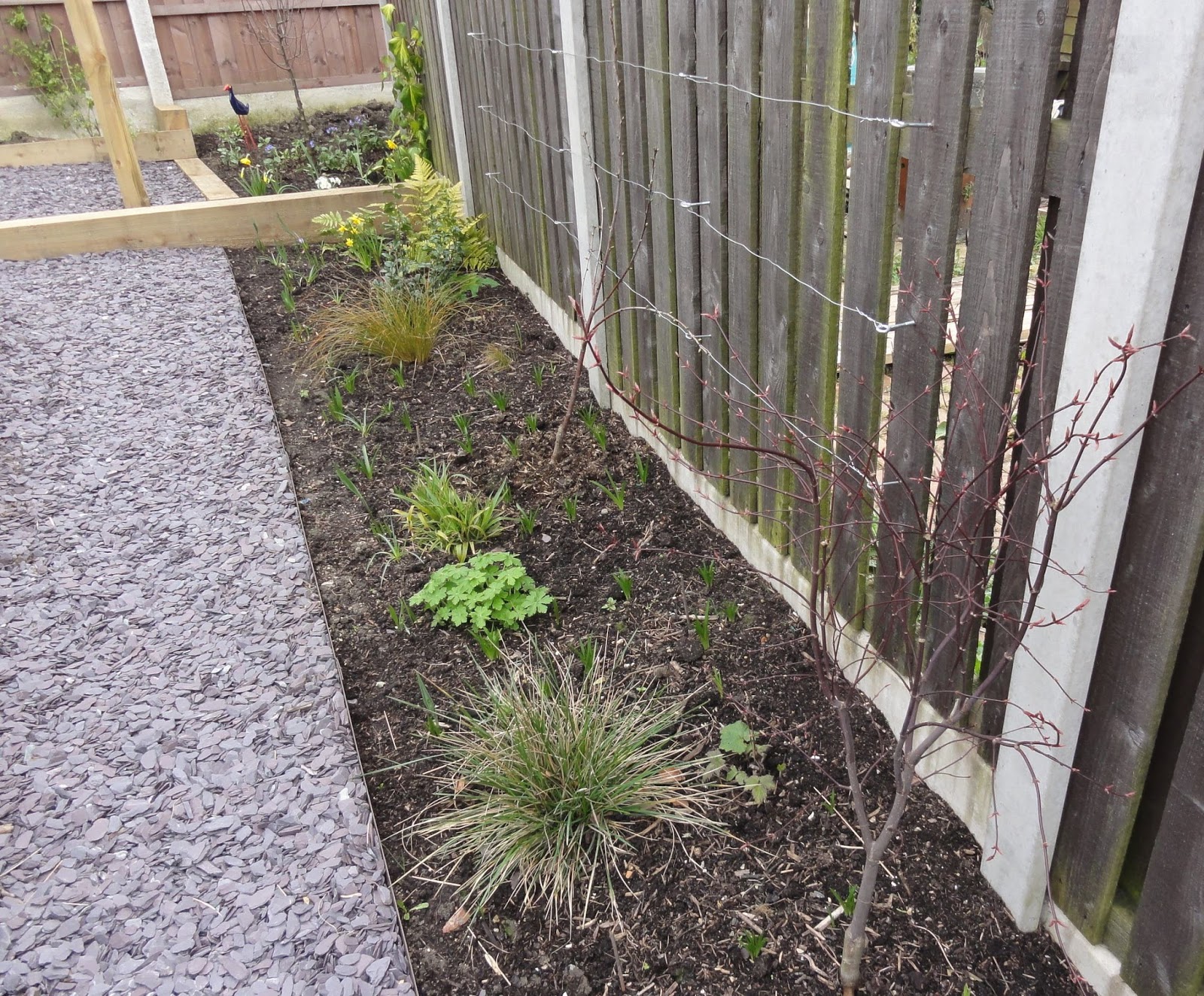 The shadier end of the Long Shady Border. Lots of bluebell leaves have come up. 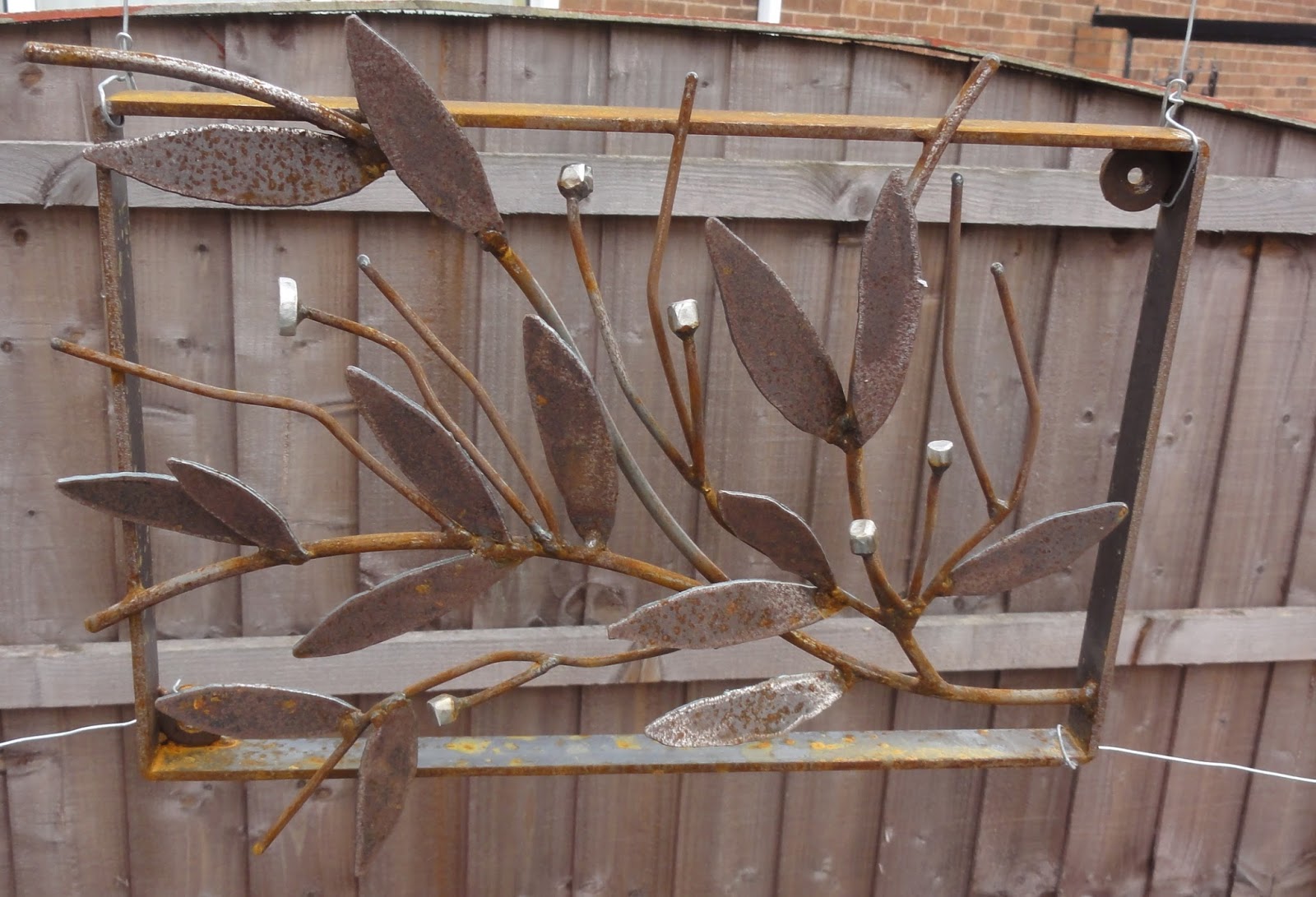 Thanks to my wonderful and ever-helpful partner Kevin, I now have training wire for all plants that need it, including the Morello Cherry above, which is also now budding.

He has also put up my steel artwork of gum leaves and gum nuts that I picked up in Australia during my visit in the (Oz) summer of 2012-13. This is now tied to the pergola, which you might just make out in the top picture of this blogpost. I am growing clematis up each side of the middle and right side of the pergola supports, with the aim that eventually they will reach and intermingle with the artwork. On the right side will be Clematis alpina ‘Pamela Jackman’, and on the left, when I’ve purchased it(!) will be a fragrant Clematis armandii.

I’ve also planted the grape vine that was on my to do list at the end of last month. This will grow up the left side of the pergola. My pergola isn’t that big, so it’s possible 3 different climbers will be too much for it. But let’s see what happens.

In the kitchen garden the broad beans are flowering their socks off, and my first carrot and parsnip seedlings have poked their heads up. I’m rather chuffed about the latter as I was told not to sow carrots & parsnips until May in Sheffield. But the person giving the advice did have her allotment on an exposed hill, whereas I’m in a slightly more sheltered space. I also have been protecting mine with horticultural fleece at night and on the colder days. It shows you, once again, how important micro-climates can be in the garden. 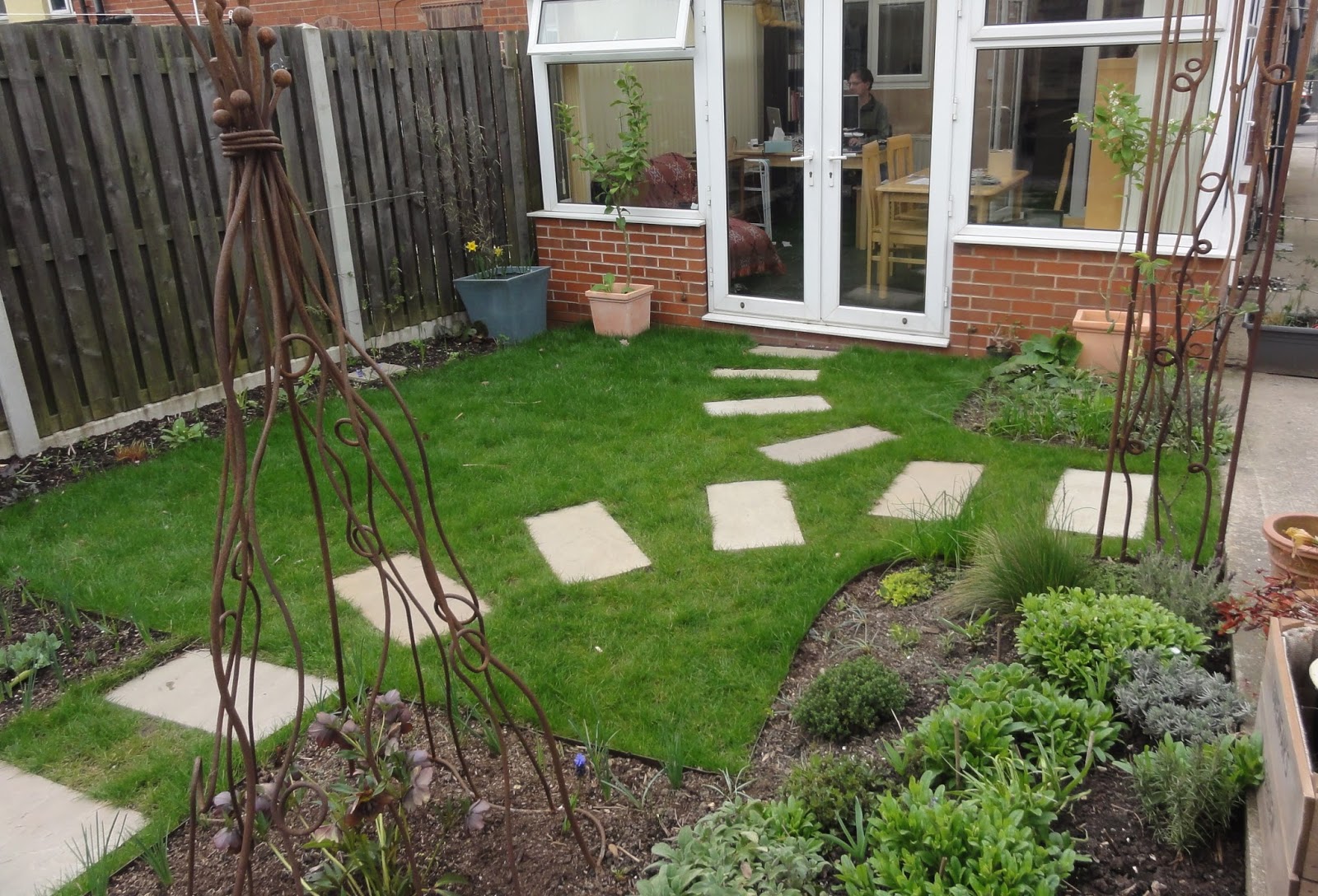 Herb border (front) and strawberry border (right, next to house)

My herb border is coming to life and I’m very pleased to see I have new shoots of my French Tarragon coming up. Everything I planted last summer seems to have survived. I need to add some low growing plants to sit under the obelisk. I have some Cyclamen hederifolium and Cyclamen pseudibericum seeds I got from the Hardy Plant Society and I’m going to see if I can get them to take. If so, they will go here.

The strawberry plants are sending up new green leaves, although I sadly don’t yet have flowers as Jono tweeted his did, the other day! This border also has Erythronium Pagoda, which I hoped would be flowering now, but it is just holding out on me! What’s the bet it’s been and gone by the end of April…

I have also tempted fate by starting to put outside my Lemon & Lime trees. During the cooler months they stay in the conservatory, and during the warmer months just outside. So if we get a cooler night (which I count as 5 degrees or less for the purposes of these two trees), I can easily bring them back inside again. 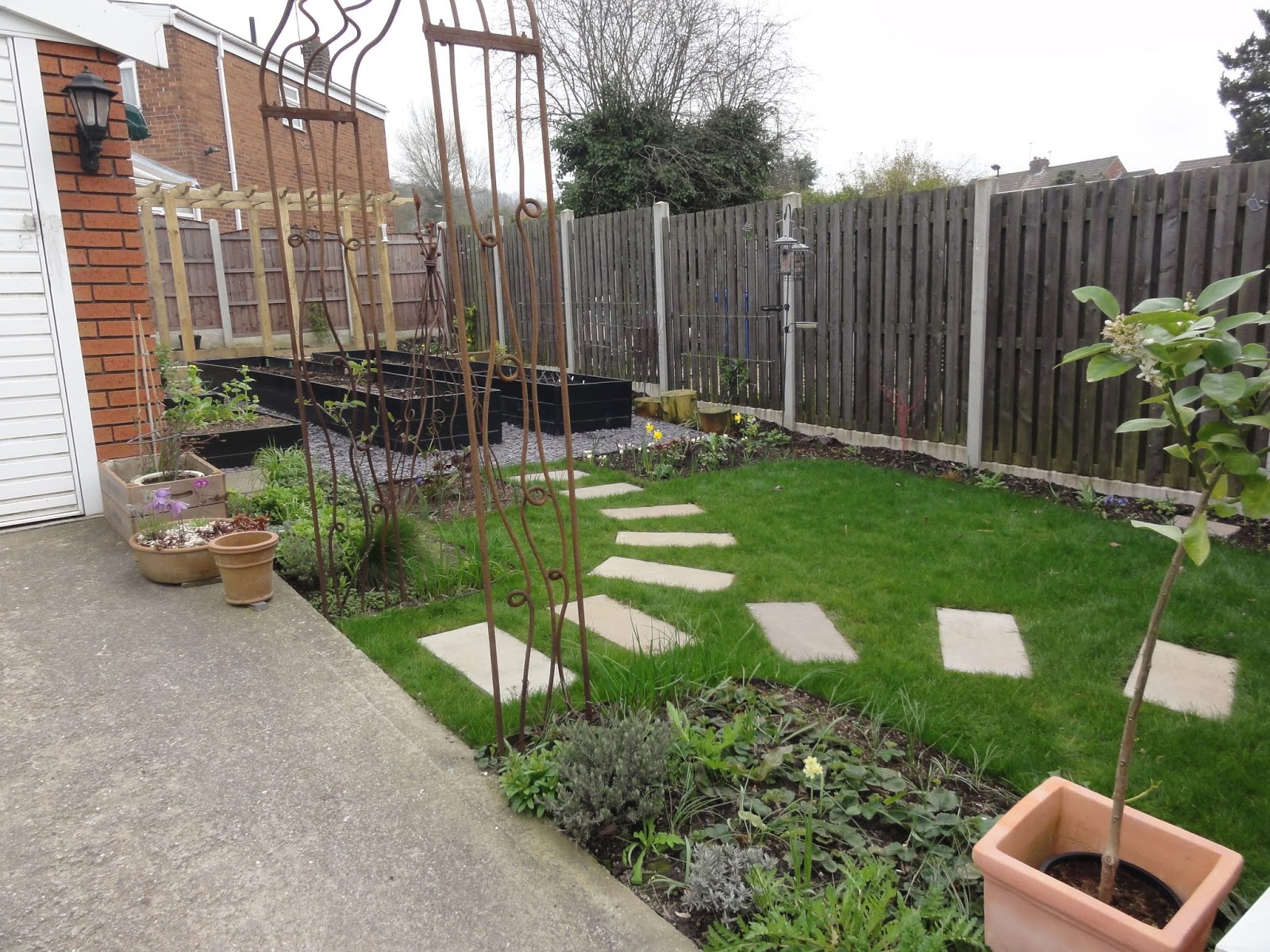 View of the garden from the driveway

I picked up a new mini-greenhouse at the beginning of the month and it is now starting to fill up with a mix of hardy perennials and vegetables sown in modules/small pots. Some of the veg, at least, I hope shall be planted out during April, unless we suddenly get a cold spell. That’s not going to happen, right?!

March hasn’t been an explosion of growth and colour in my garden, rather a gentle welcome to Spring. I suspect by the end of April the garden will look dramatically more green and floriferous.

* * * * *
End of month view is hosted by Helen Johnstone, aka @patientgardener. Visit Helen’s blog for her March 2014 EOMV and links to other bloggers EOMV posts.