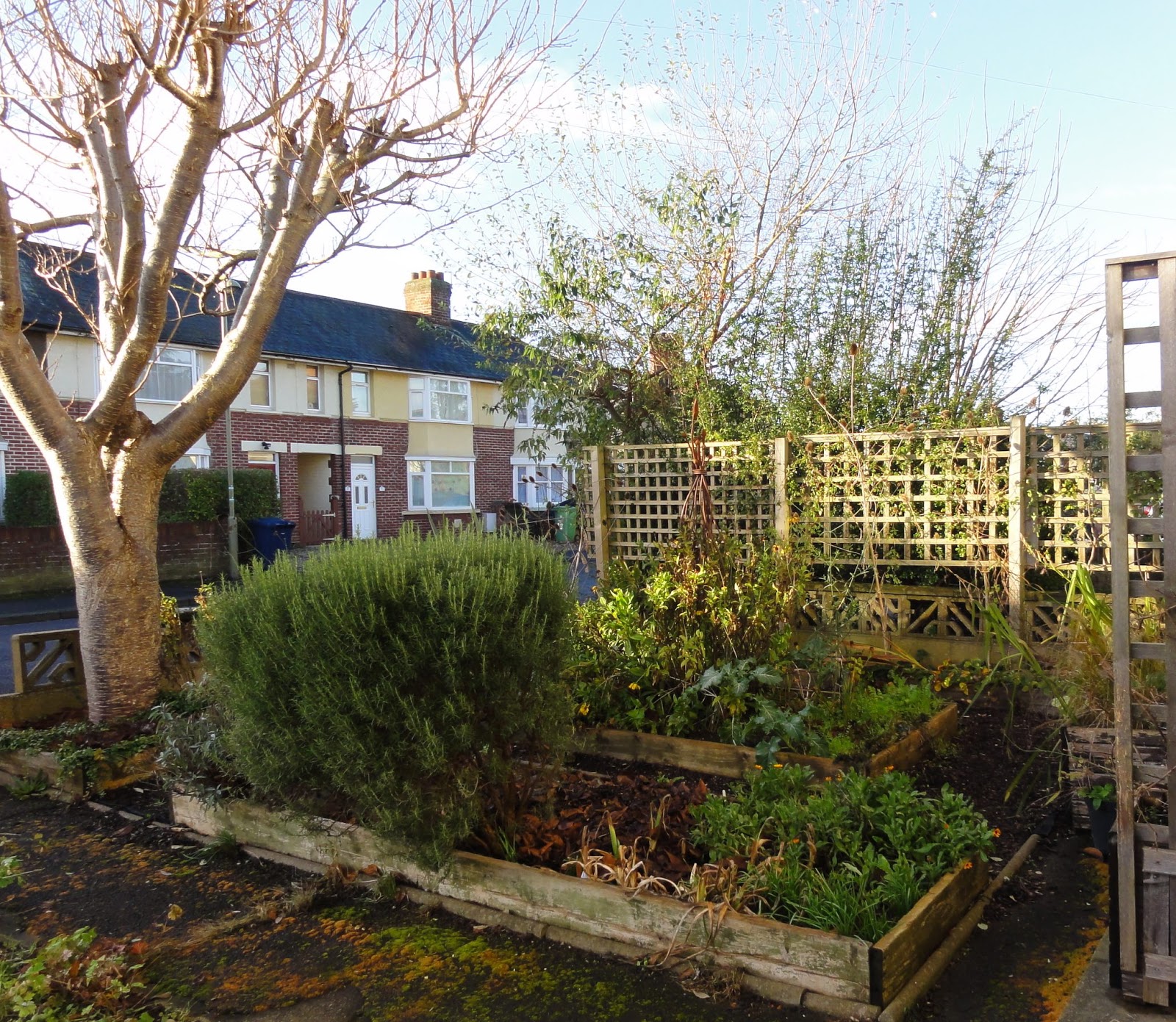 This is the final post in this series of blogs on the front garden. I started the series in January and am now almost full circle. It’s been interesting experience photographing and blogging about the front garden throughout the year and seeing the changes month by month.

In January I set myself a list of plans and potential yields for 2012, viz: 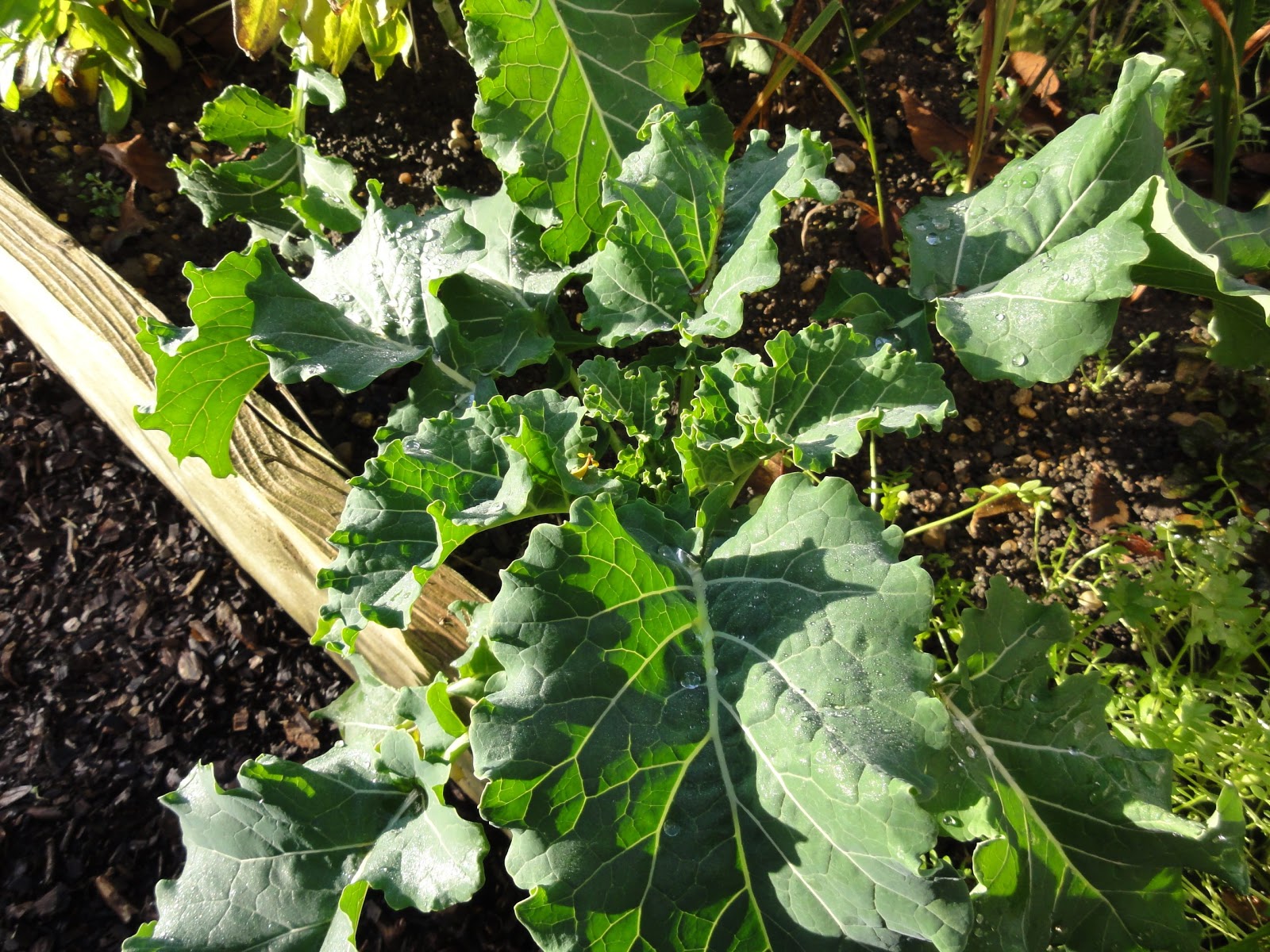 1. Perennial Kale: I did plant some perennial kale, Daubenton, which I obtained from the Heritage Seed Library. The young plants didn’t have it easy… I started them off well, planting the seeds in modules, then planting them out in April. The wet spring and then summer meant they got attacked by slugs. In August they picked up when we got a bit of sun (yay), then sadly went downhill in September when they were attacked by caterpillars of the white cabbage moth. I admit that I wasn’t particularly diligent looking after the poor plants, ongoing back problems did rather limit my gardening. But by November they were making a come-back and are now looking quite healthy, if a little small (see November post for detail).

I’ve not actually harvested the plants yet, as it is only now that the plants are established enough that I think I can start picking the leaves. So I cannot report on the taste yet. However, I can say I’m very impressed with their resilience to pests, and others how found this too, as Emma Cooper reported on her blog a little while ago. I can also report they look lovely in the sun and give the front garden some winter interest, so that’s half a tick for this plan! 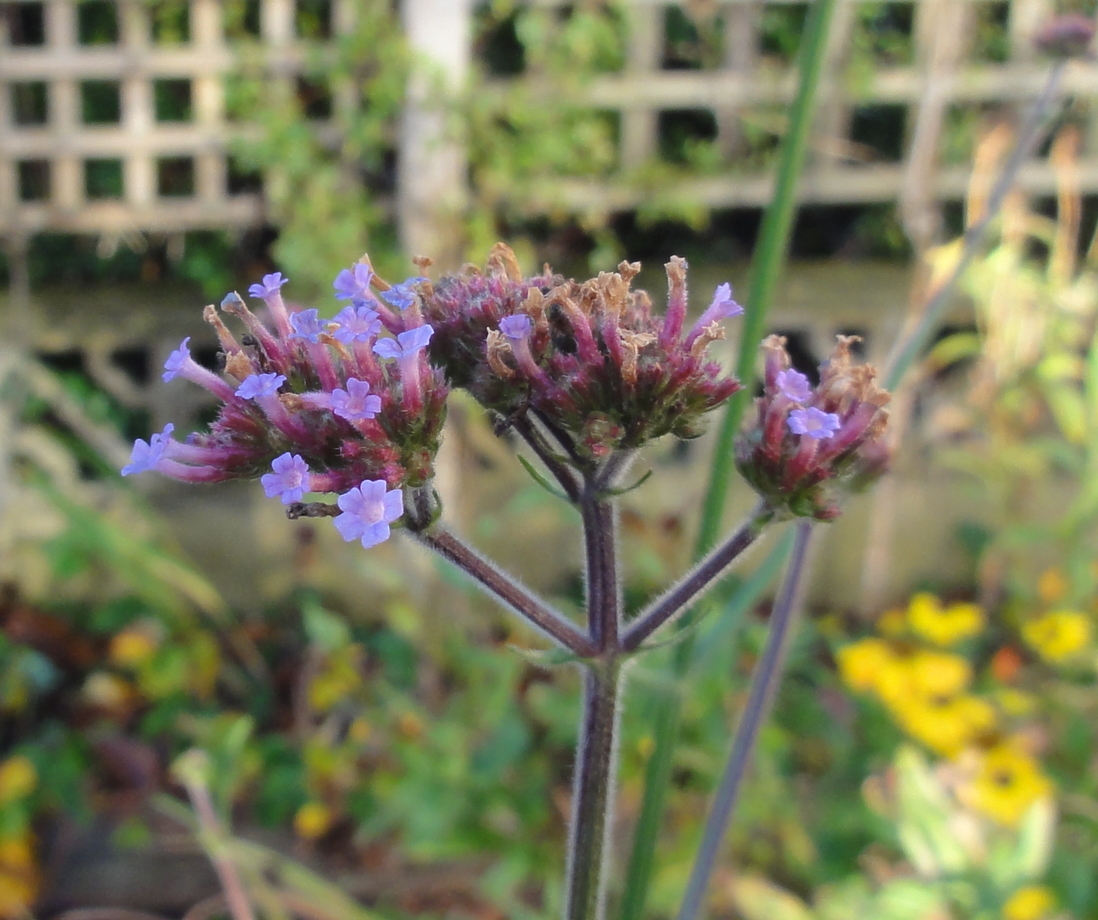 Verbena bonariensis, nectar for butterflies, and the seed heads will then feed goldfinches

2. Obtaining yields: I grew and harvested in the front garden this year: broad beans, strawberries, garlic, tomatoes, sage and rosemary. I had a great crop of broad beans and made several meals from them. The strawberries grew well, then were destroyed by the rain and slugs before I could eat most of them. We did get a couple of desserts out of them, so I’m happy. I did harvest some tomatoes. Between the lack of sun and the problems with blight, it wasn’t a great year for tomatoes. However, I did notice that I did get to harvest some from the tomatoes in the front garden, unlike those at the allotment, all of which were destroyed by blight. So not having all your tomatoes in one bed…

The garlic did ok, but not as big as previous years, all that wet weather again. Overall, I’m happy with the yields. Given how little attention the front garden got I feel I did rather well for minimal effort. I still have kale to pick and the rosemary is a plant that just keeps on giving. 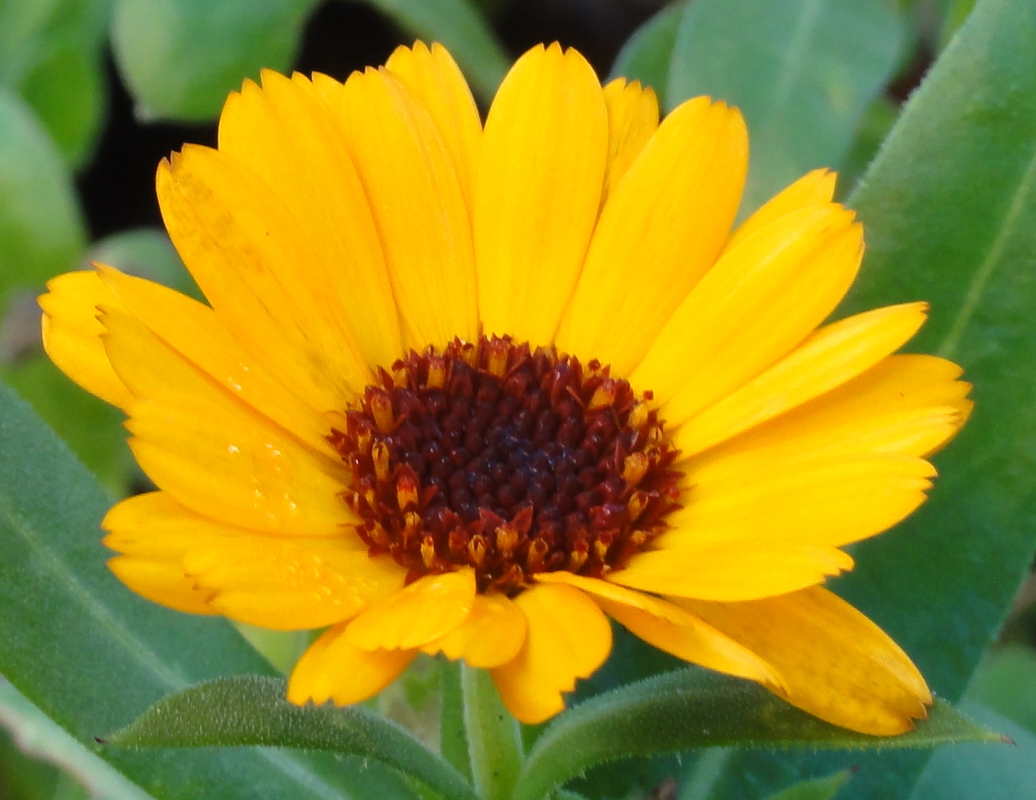 3. Cost for removing prunus etc: Ok, I have to admit to not doing anything on this one. This is mainly because I knew the cost would be more than we can afford, so I’ve been put off investigating it. Move on, nothing to see here… 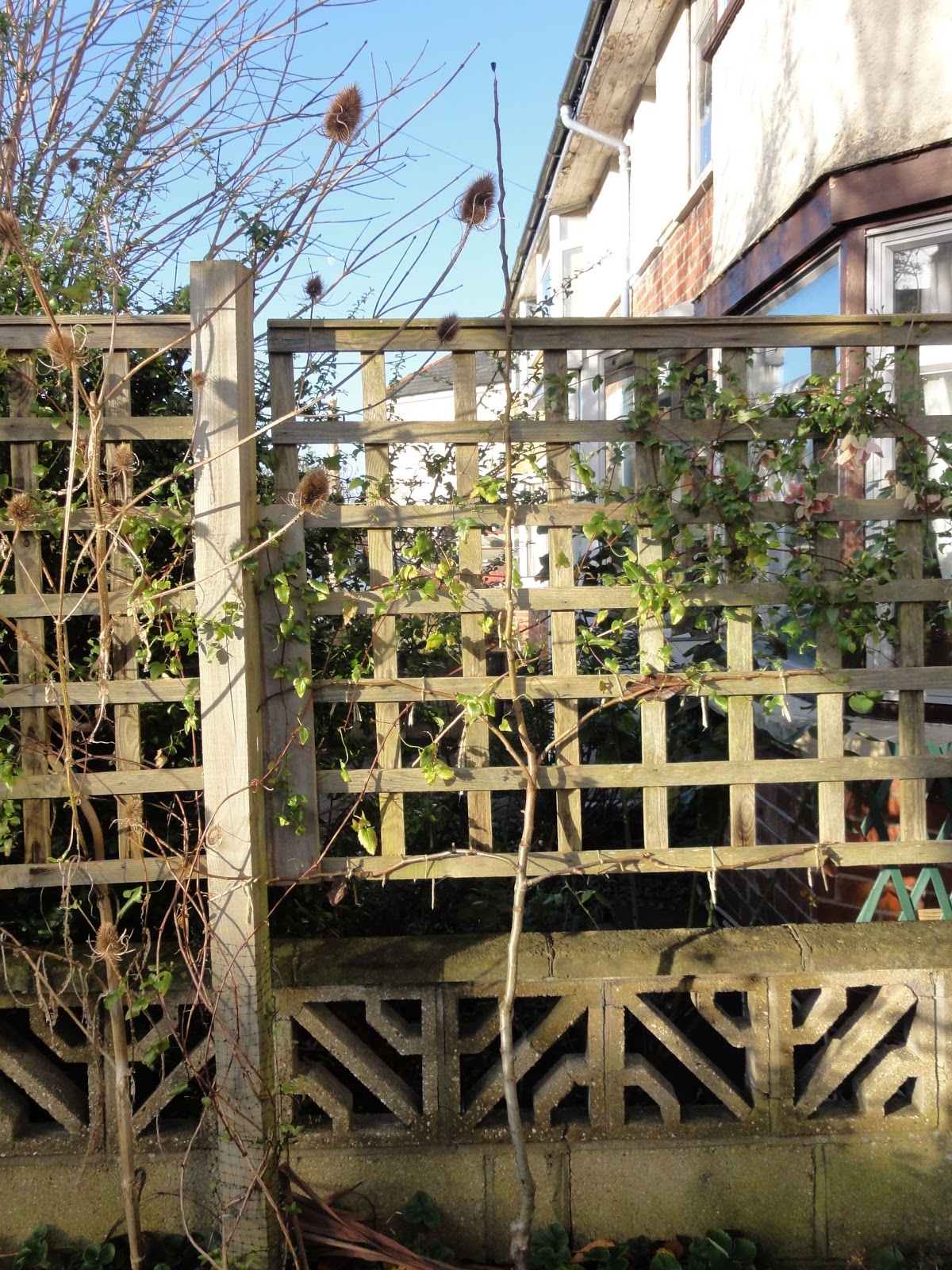 5. Photographing and blogging about the space each month: I originally aimed to blog the 1st day of each month, but that proved to be a little tricksy. So I then went for ‘start’ of the month, which I figure can cover quite a few days. Some months I didn’t make it at all. But I have blogged most months, so I’m happy with that. Not sure if anyone else is, but I am! 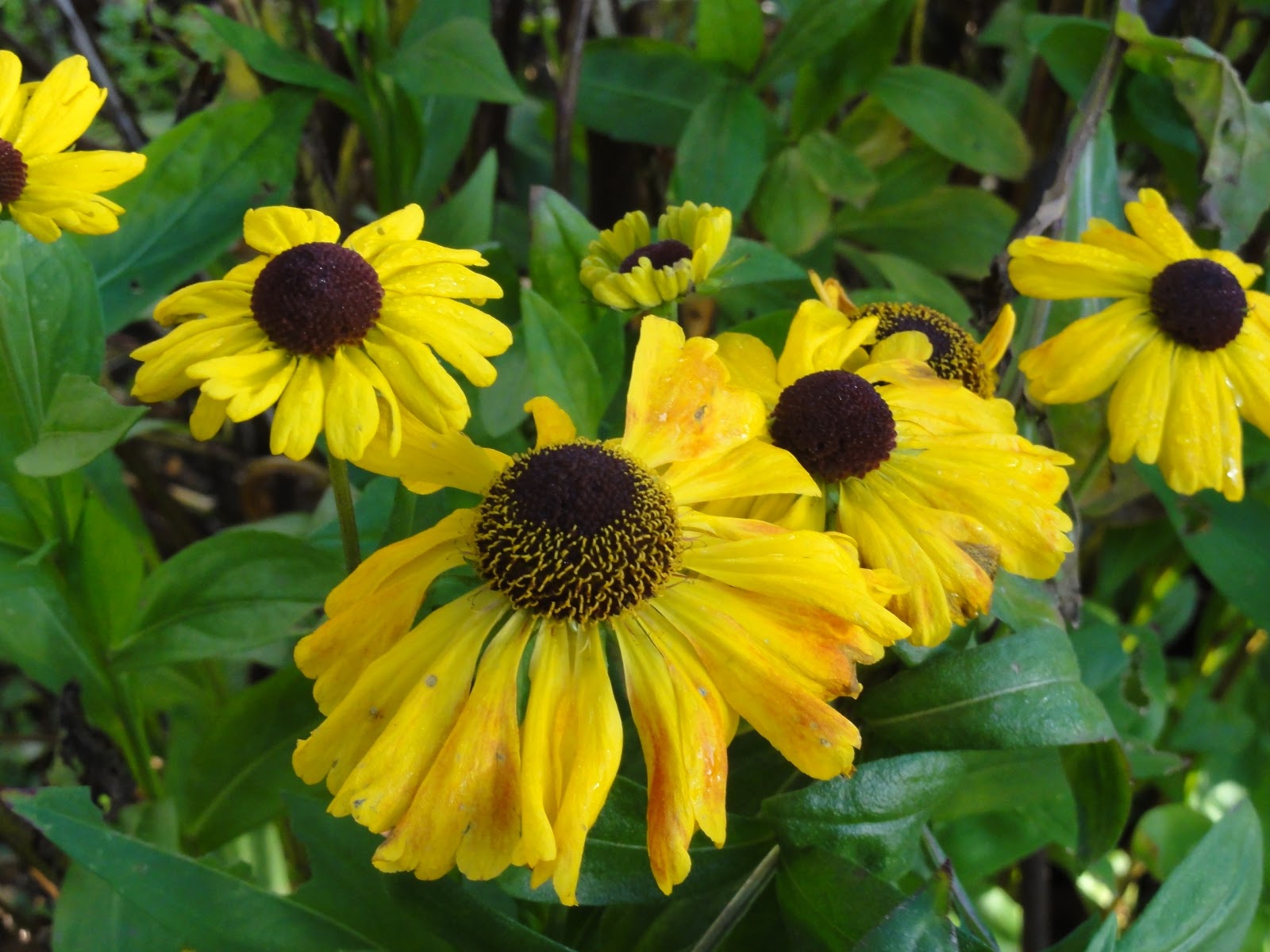 Heleniums – still flowering after several months and many bunches picked

So did I achieve what I set out to achieve at the start of the year? Well, I’m not sure it matters now. I’m actually quite pleased in general how the front garden has come along, I’ve got quite a few yields from it. Not just food yields, but through developing it I’ve met neighbours and had interesting conversations. I’ve even noticed a couple of other people in my street and nearby have recently built some raised beds and are growing some veg in their front garden! I’ve planted for wildlife as well and have been rewarded with visits from birds, butterflies and beneficial insects. I’ve picked many bunches of flowers for myself and friends. 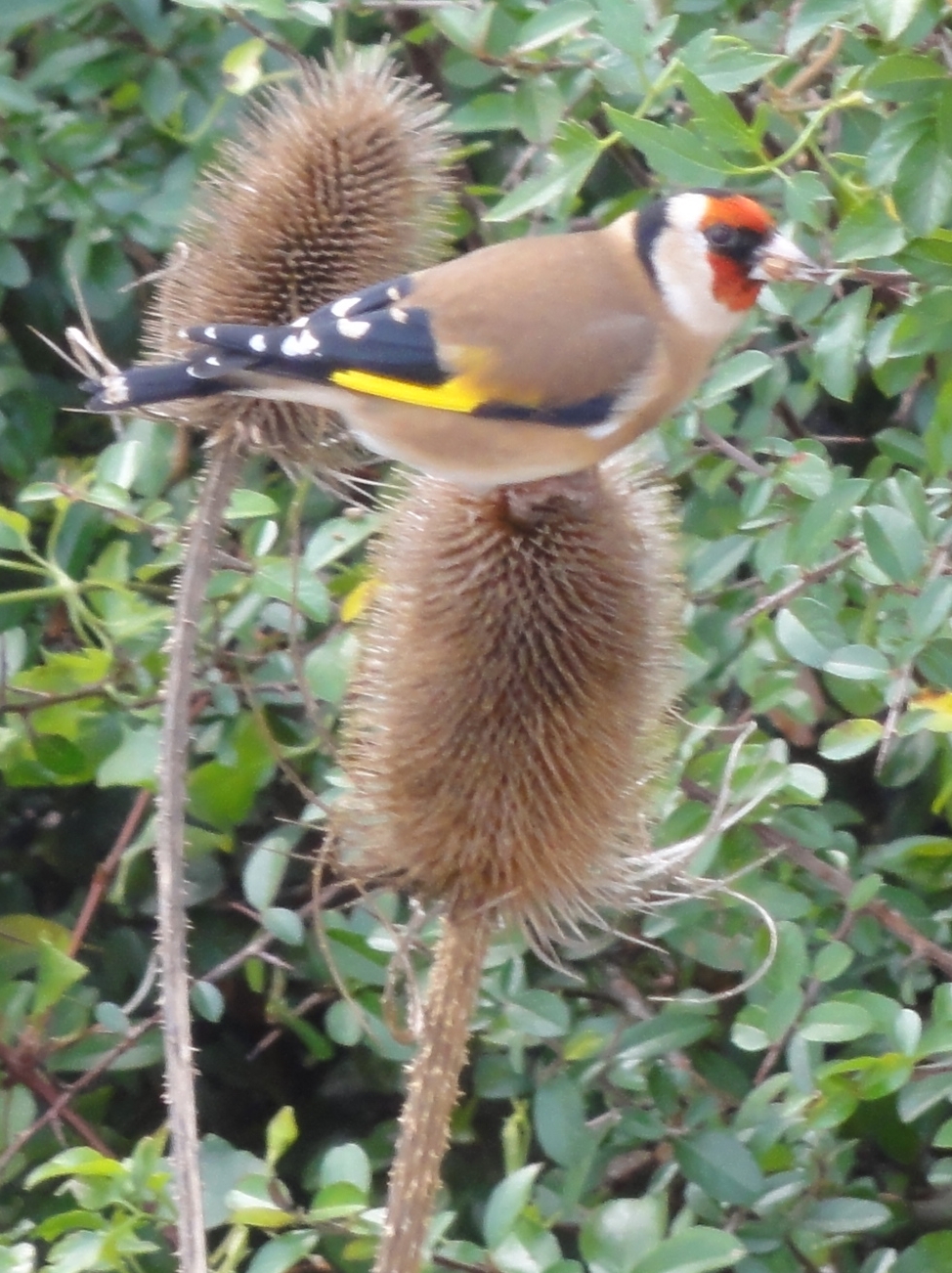 Goldfinch eating seeds off the teasels

Most importantly, I’ve enjoyed the space and how I’ve interacted with it. It’s productive both as a food space, an attractive space, a wildlife space, and as a social space.