For my birthday this year Kevin and I took the day off and visited the Savill Garden down on the Surrey-Berkshire border. As my birthday in England corresponds with autumn, it’s become a ‘tradition’ to visit autumn gardens as my treat for the day.

Savill Garden is purely an ornamental garden, i.e. no kitchen gardens or veg patches. Autumn seems to have only just arrived from a tree point of view in the last week or so, somehow seems later than previous years. We had a cold snap early-mid October, maybe that slowed the trees down. However, plenty of the Savill Garden trees did put on quite a show. Here’s my favourite, a composition of the different colours of autumn in southern England. 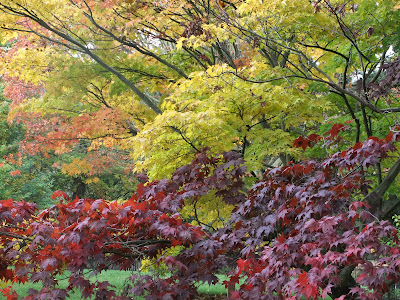 It is so rich and warm, it takes the chill out of the approaching winter air. 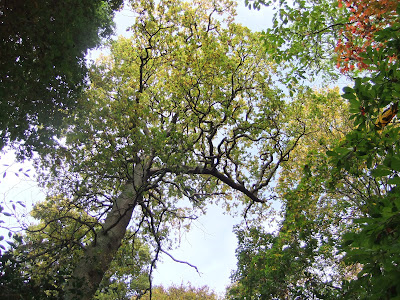 Next to the Rose Garden was beds of Molina caerulea ‘Heidebraut’ which I found especially beautiful. 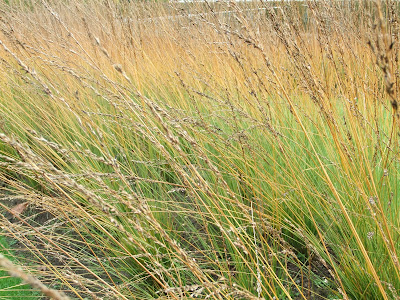 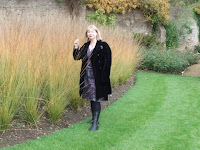 My garden isn’t big enough for a whole beds of the grass, but I’m sure I’ll be able to fit in a clump or two. Kevin took a ‘Gwenfar in her natural habitat’ pic…

The biggest surprise for me, and my favourite area of the garden, was the rose garden. I’m not keen on roses or rose gardens. Don’t get me wrong, scented roses can be beautiful, but on the whole, they require way too much attention. Between black spot and aphids, and the fact they often only look good for a few weeks in a year, I consider them more effort than they are worth. I love flowers, but I want them to largely look after themselves whilst I focus most of my energies on growing veg. Roses don’t really meet that criteria. The Savill Garden have done something interesting though. They have mixed the roses with grasses, such as the Molina, and Miscanthus sinensis ‘ferner osten’ and with great effect. 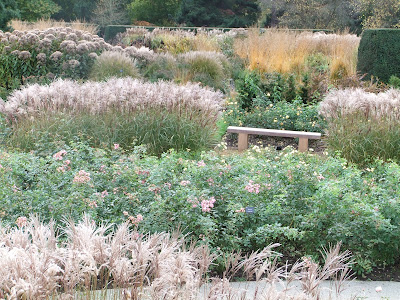 I’m curious about what they have done, in that the roses are quite bushy, instead of the usual sticks with lots of soil showing, and they are still flowering even though we have had some hard frosts. Though maybe they didn’t have the hard frosts in Surrey that we had in Oxfordshire in October?

They also had this wonderful viewing platform, which gave great vistas over the garden, as above, and looked great from the paths looking back at it. 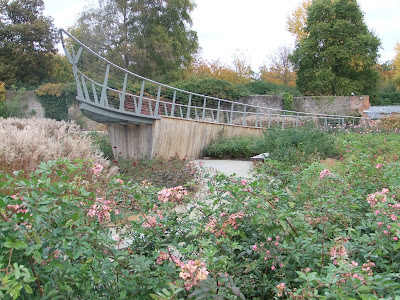 Kevin and I had a bit of a Titanic moment when on the platform. Minus the iceberg.

As well as foliage, autumn tends to bring the bark of many trees to the fore. I was rather taken with the bark on this Arbutus x andrachnoides. 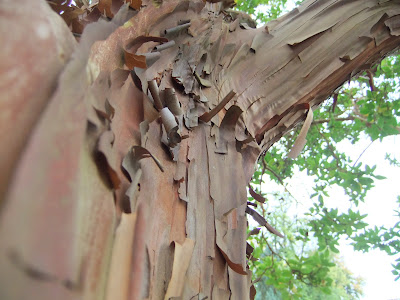 Although Savill Garden doesn’t have a veg garden, they had a great display of pumpkins and squashes, some of which were grown by local children. After having such a poor pumpkin harvest myself (a total of one medium and one small pumpkin), I was in a fit of jealously about this bunch! 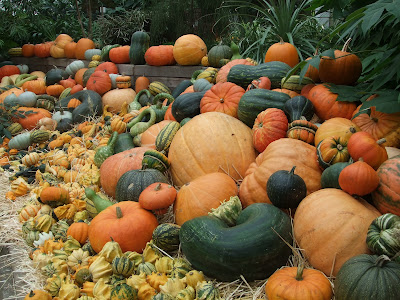 The Savill Garden is a good autumn garden to visit if you are in the area, and I really recommend it just on the rose/grass garden itself. It was relaxing, I enjoyed turning 42 again, and we had some fun with the grasses. 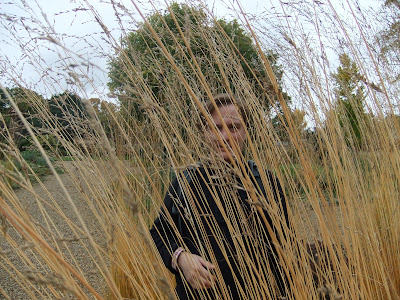